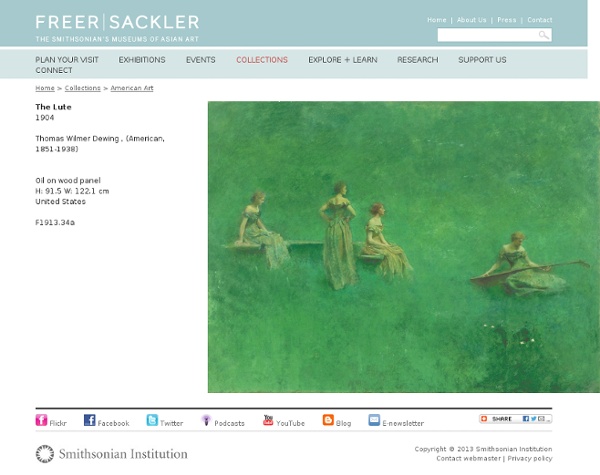 Fascinating Lamps by Calabarte | Pondly Calabarte is the pseudonym of a Polish artist named Przemek Krawczynski, whose art takes on a peculiar but incredibly beautiful form: cool lamps. The name itself is a portmanteau of two words – art (obviously), and calabash, the fruit that carries his imagination. The calabash is a bottle gourd originating in India, although Calabarte gets his supply from Senegal. Due to ancient domestication and usage, the bottle gourd has an incredibly tough outer shell. Due to the combination of dark, thick material with a light source within, the primary art of his work, however, shines in the dark. Hard work, beauty, an exceptional degree of detail and a marriage between mathematical geometry and a rampant imagination – all imprinted onto the husk of a Senegal calabash. Described as the art of light, Calabarte’s artistic tendencies truly took off in 2009, when he made his first gourd lamp, by chance of coming across a calabash. Website

Never Be My Friend When I'm bored, I browse through my friends' Facebook images, choose my favorites, and draw them. Sometimes I take... liberties. Let's just call it artistic license. R.I.P. Chloe's grandma. I wasn't aware you were an actual corpse when I drew you looking like a corpse. I occasionally wonder why I still have friends at all.

Amazingly Creative Drawing Vs Photography This wonderful work has done by a very talented Belgian painter, illustrator, portraitist, caricaturist and photographer Ben Heine. This creative artist was born in Abidjan, Ivory Coast. He Studied graphic arts and sculpture and I also have a degree in journalism. Lets take a look at some of his awesome works that he calls “Drawing Vs Photography” or “Imagination Vs Reality”. 11 cheap gifts guaranteed to impress science geeks Science comes up with a lot of awesome stuff, and you don't need a Ph.D, a secret lab, or government funding to get your hands on some of the coolest discoveries. We've got a list of 11 mostly affordable gifts that are guaranteed to blow your mind, whether or not you're a science geek. Click on any image to see it enlarged. 1. Also known as frozen smoke, Aerogel is the world's lowest density solid, clocking in at 96% air. Aerogel isn't just neat, it's useful. Price: $35 2. Inside these sealed glass balls live shrimp, algae, and bacteria, all swimming around in filtered seawater. EcoSpheres came out of research looking at ways to develop self-contained ecosystems for long duration space travel. Price: $80 3. NASA has been trying to figure out how to get a sample of rock back from Mars for a while now. Every once in a while, a meteorite smashes into Mars hard enough to eject some rocks out into orbit around the sun. Price: $70+ 4. Price: $150 5. So what's next year's new color going to be? 6.

Sabotage A United States poster from the World War II-era that was used to inform people about what they should do if they suspect sabotage Sabotage is a deliberate action aimed at weakening a polity or corporation through subversion, obstruction, disruption, destruction, or underhand tactics. In a workplace setting, sabotage is the conscious withdrawal of efficiency generally directed at causing some change in workplace conditions. One who engages in sabotage is a saboteur. Saboteurs typically try to conceal their identities because of the consequences of their actions. Etymology[edit] Claimed explanations include: Luddites and radical labor unions such as the Industrial Workers of the World (IWW) have advocated sabotage as a means of self-defense and direct action against unfair working conditions. The IWW was shaped in part by the industrial unionism philosophy of Big Bill Haywood, and in 1910 Haywood was exposed to sabotage while touring Europe: As environmental action[edit] As war tactic[edit]

Jack L. Snyder - Anarchy and Culture: Insights from the Anthropology of War - International Organization 56:1 [Access article in PDF] Anarchy and Culture: Insights from the Anthropology of War Jack Snyder The end of the Cold War has given rise to hopes among many international relations scholars and public activists that a dramatic transformation in world politics is now unfolding. They contend that changes in norms, ideas, and culture have the power to tame the historically war-prone nature of international anarchy. 1 This analysis and the prescriptions that follow from it exaggerate the autonomy of ideas and culture in shaping behavior in anarchy. A rich body of research on war by anthropologists suggests that ideas and culture are best understood not as autonomous but as embedded in complex social systems shaped by the interaction of material circumstances, institutional arrangements, and strategic choices, as well as by ideas and culture. This is a debate of compelling intellectual and practical import. Testing the Effects of Culture: Insights from the Anthropology of War War Anarchy

Revolutions in Reverse: Essays on Politics, Violence, Art, and Imagination: Amazon.fr: David Graeber: Livres anglais et étrangers Wobblies & Zapatistas: Conversations on Anarchism, Marxism and Radical History: Amazon.fr: Staughton Lynd, Andrej Grubacic: Livres anglais et étrangers Important Lessons Photoshop Users Can Learn From Motion Graphic Artists I have during my time in school had the privilege to work in both Adobe Photoshop and Adobe After Effects. Having worked in both these applications has given me useful knowledge about how to work more efficiently. Practices used in Photoshop can be translated to something similar in After Effects and vise versa. Compositing and InstantiationLet the Software Do the Work for YouToggling Variations Compositing and Instantiation When working with video you usually make up the video by combining or “compositing” elements to create scenes. Can you find any composited elements in this video? Personally I think people are not compositing enough because of old habits, maybe you are used in working in a certain way. How to Make Good Use of Compositing in Photoshop First of all, this technique can only be applied in Photoshop CS2 (9.0) and more recent versions. Second, do not expect something magical and new — this feature has been around for a long time and you might already be aware of it. Google+