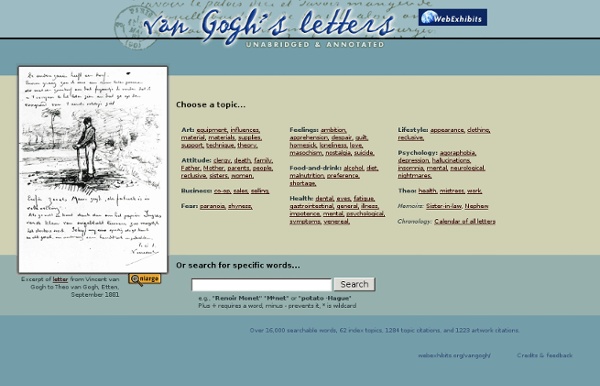 Medieval Sourcebook Update Information 2006: In 2006 the Internet Medieval Sourcebooks and associated sourcebooks are undergoing a major overhaul to remove bad links and add more documents. 2. This project is both very large and fairly old in Internet terms. At the time it was instigated (1996), it was not clear that web sites [and the documents made available there] would often turn out to be transient. As a result there is a process called "link rot" - which means that a "broken link" is a result of someone having taken down a web page. 2. 3. Note: This site aims to present medieval sources. Sourcebook Contents The Internet Medieval Sourcebook is organized as three main index pages, with a number of supplementary documents. Selected Sources This is the main entry to the resources here. Full Text Sources Full texts of medieval sources arranged according to type. Saints' Lives Devoted to Ancient, Medieval and Byzantine hagiographical sources. Supplementary Documents Help! Internet Sourcebook: Multimedia

The Wise Guide : Subject to Change Recent hyperspectral imaging of Thomas Jefferson’s rough draft of the Declaration of Independence has clearly confirmed past speculation that Jefferson made an interesting word correction during his writing of the document, according to scientists in the Library of Congress’ Preservation Research and Testing Division (PRTD). Jefferson originally had written the phrase “our fellow-subjects.” But he apparently changed his mind. The correction seems to illuminate an important moment for Jefferson and for a nation on the eve of breaking from monarchical rule: a moment when he reconsidered his choice of words and articulated the recognition that the people of the fledgling United States of America were no longer subjects of any nation, but citizens of an emerging democracy. The correction occurs in the portion of the declaration that deals with grievances against King George III, in particular, the king’s incitement of “treasonable insurrections.”

Lisa Gold: Research Maven Civil War Letters Collection Home » Civil War Letters Collection Tis hard to see the mighty prancing war horse, trampling the dying and dead beneath their merciless feet. No dear wife, near to speak a word of comfort. No living sister or Mother to administer relief in that hour the most sad in the history of humanity. O the humanity. O the horrors of war. A selection of original Civil War correspondence between soldiers from the battlefields and their family members and friends on the homefront. "The battle has been raging all day in the distance and I am unable to ascertain whether any thing has been gained or not. The letters and original writings have been transcribed as written, with no attempt to change spelling. About the Database The Civil War Letters Collection was created with the CONTENTdm software's innovative new program, JPEG 2000, which enables materials to be displayed in a higher quality, more usable online format.

Journalism Warning Labels & Tom Scott Contents Not Verified It seems a bit strange to me that the media carefully warn about and label any content that involves sex, violence or strong language — but there's no similar labelling system for, say, sloppy journalism and other questionable content. I figured it was time to fix that, so I made some stickers. The articles these stickers are attached to are used strictly as an illustration: I'm not passing judgment on the specific articles or journalists. Let's start with the obvious one. I'm not sure how these newspapers would fill their pages without these. Oh yeah, that's what they use. The Daily Mail's attempt to classify everything as either 'causing' and 'curing' cancer is already well documented, but there are plenty of wacky medical claims in all the newspapers. This sticker's mainly for celebrity articles: Starsuckers did a good job of showing just how little verification is frequently done. ...and we all know what happens when you do this. Enough said, really. Make your own!

Qin Shi Huang Di Qin Shi Huang Di A long time ago, China was crazy. During the Warring States Period, dudes like Sun Tzu and other guys were running around killing each other and the area that we now know as China was actually composed of six or seven different states that were all trying to conquer one another. There was near-constant war, and nobody was really able to get control of what the hell was going on. Well one day the king of the state of Qin decided he was sick of all this stupid bullshit, so he put together a hugeass army and kicked the nuts of all the other states, uniting everyone under the Kingdom of Qin in 221 BCE. It was the first time that anyone had accomplished this feat, and it was so momentous that Western jackasses from that point on started calling the country "China". Since there wasn't a whole lot going on outside of the seven kingdoms, most Chinese people believed that the King of Qin had conquered the entire world. He was also totally paranoid. It didn't really work though.

Pythagorean cup Cross section Cross section of a Pythagorean cup. A Pythagorean cup (also known as a Pythagoras cup, a Greedy Cup or a Tantalus cup) is a form of drinking cup that forces its user to imbibe only in moderation. Credited to Pythagoras of Samos, it allows the user to fill the cup with wine up to a certain level. If he fills the cup only to that level, the imbiber may enjoy a drink in peace. If he exhibits gluttony, however, the cup spills its entire contents out of the bottom (onto the lap of the immodest drinker).[1] Form and function[edit] A Pythagorean cup looks like a normal drinking cup, except that the bowl has a central column in it – giving it a shape like a Bundt pan in the center of the cup. When the cup is filled, liquid rises through the second pipe up to the chamber at the top of the central column, following Pascal's principle of communicating vessels. Common occurrences[edit] A Pythagorean cup sold in Crete A Pythagorean cup sold in Samos See also[edit] References[edit]

History of the U.S.: A Ridiculously Long and Incomplete List of Things Ben Franklin Invented We all remember Ben Franklin as a pretty bright guy who discovered some pretty important stuff. The real question is, what didn’t this polymath genius invent? 1742: Observing the wasteful use of firewood in inefficient colonial fireplaces, he designed the Franklin Stove, which used its iron body to diffuse a much larger proportion of the heat. The stove enabled poor families to save money and be warmer in the winter.1749: Noticing that lightning was attracted to metal and tall objects, Franklin hit on the idea of attaching vertical metal rods to the tops of tall buildings to attract the lightning, thus sparing the roof a direct hit.1752: To prove that lightning was static electricity, Franklin carried out his famous kite experiment with the help of his young son William (nobody ever said he was a responsible parent). He conducted an electrical charge from a key along a wire into a primitive battery. Looking for more fabulous content like this?

A Brief History of Income Taxes Updated for Tax Year: 2010 Did you know President Abraham Lincoln, one of America's most beloved leaders, also instituted one of its least liked obligations - the income tax? In this brief history of taxes, see the historical events which shaped income taxes in the United States today. Click on the infographic below to open it in a new window. Created by Infographic World Want to use this infographic on your site? <iframe title="TurboTax A Brief History of US Income Taxes Infographic" width="657" height="6170" src=" frameborder="0"></iframe><br /><a href=" Done Right</a> with TurboTax