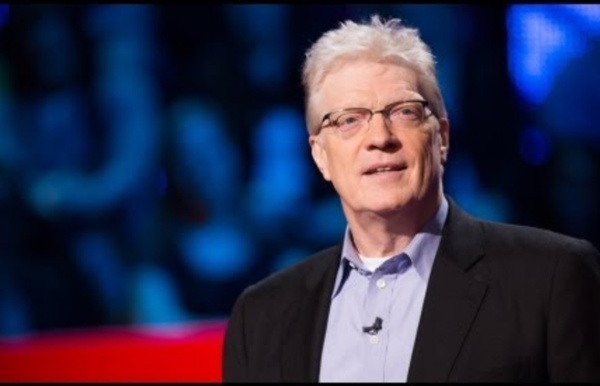 Education At Omidyar Network, we believe there are few more direct pathways to opportunity than education. That’s because a young person’s education can lay the foundation for a brighter future of economic possibility and societal well-being. Yet for too many people around the world, quality education is out of reach—leaving students unprepared for life and work, and parents unsure how to access quality education for their children. We know there is no panacea to address the complex local education challenges that exist. Emma Watson Delivers Game-Changing Speech on Feminism for the U.N. Earlier this summer, fresh from college graduation, Emma Watson, was named a U.N. Women Goodwill Ambassador. Though the ripples of her involvement over the past few months can be seen online (crashing the U.N. Web site, using Twitter to denounce a sexist politician in Turkey or respond to the gender politics of the recent celebrity nude photo hack), Watson’s power in person is an entirely different matter. The actress gave an impassioned speech on feminism and gender at the U.N. headquarters in New York this weekend to launch the “HeForShe” campaign which aims to galvanize one billion men and boys as advocates for ending the inequalities that women and girls face globally. Watson’s speech, which was met with a thunderous standing ovation, not only called for action from male allies, but clarified a persistent misconception about feminism in general.

Knowledge Map - Johns Hopkins Institute for Education Policy In partnership with The “Knowledge Gap” Research shows that students’ reading levels – especially from fifth grade onwards – are linked to their background knowledge about specific subjects. More affluent students succeed on skills-based ELA assessments, not because they are better at “finding the main idea,” but because they are far more likely to know more about the subject matter discussed.

AI Forces and Forecast Reports What’s the connection between a non-profit foresight organization and a private foundation dedicated to improving education beyond high school? Simple: a shared desire to maximize individual opportunity, boost economic growth, and help ensure social stability. Those goals are lofty, we know. But we at Institute for the Future and Lumina Foundation see this shared challenge—that of imagining tomorrow’s work + learn ecosystem—as one well worth taking. In fact, we’re convinced it is a challenge the nation must fully embrace.

Google expands IT certificate program to 100 community colleges Google’s foray into education and workforce development is expanding, with the announcement that the company's IT support professional certificate program will now be offered at 100 community colleges over the course of the year, up from the original 30. The program is an online course, designed by Google and hosted on Coursera, meant to teach the basics of IT support, with the goal of preparing learners for a job. In promotional materials Google says the creation of the course in January 2018 was catalyzed when the company could not fill its many open IT support roles. Story continued below… With the IT certificate, Google is one of numerous big corporate players to introduce its own credentials into the postsecondary education and training ecosystem.

World Summit on the Information Society H.E. Mr. Adama SamassékouPresident of WSIS Preparatory Committee for Geneva Phase President of the African Academy of Languages, Former Minister of Education of Mali (1993-2000) Mr. Arizona State sees some early adaptive courseware success Arizona State University’s College Algebra classes have looked a little different these past few years. If you entered a classroom in the fall of 2015, you’d likely find 100 to 140 students listening to the professor lecture. Today, walking into an algebra classroom, you’d see those same 100 students all on their computers, with a professor and five undergraduate assistants roaming the class to give personalized help.

Leveraging ICTs and Building Information and Knowledge Societies for Achieving the Sustainable Development Goals (SDGs) WSIS Stocktaking In support of the WSIS Implementation and Follow-up, all WSIS Stakeholders are invited to update and submit new entries online. Submitted activities are reflected in the WSIS Stocktaking Report 2018, which were released at the WSIS Forum 2018. What We Do - Center For Collective Wisdom C4CW is building a movement of communities and practitioners committed to learning—and remembering—how to access collective wisdom in support of profound change. To help build this movement, we design and facilitate small and large-scale change efforts grounded in the Leadership for Collective Wisdom™ framework, and offer capacity-building sessions and resources to help individuals and teams learn how to embody this framework in support of their own change efforts. Systems Transformation • Collective Impact For organizations or communities that want to undertake large-scale transformation or impact initiatives grounded in the Leadership for Collective Wisdom™ framework, C4CW consultants work with leadership teams to design and help implement these efforts.

Conditions required to implement OER practices in the Higher Education of Latin America - OCW Consortium Abstract The creation of the OCW by the MIT in 2001 can be considered a milestone in the recent history of the OER. Since then an increasing number of technologies, repositories and tools that support the creation, reutilization and distribution of open resources have been created on the Internet. However the expansion of major institutionalization initiatives such as the OpenCourseWare Consortium (OCWC) in Europe or OCW Universia in Latin America do not seem to evolve with the same level of enthusiasm and visibility. The adoption of OER principles (philosophy) operates according to a multiplicity of contextual factors that varies depending on each Higher Education institution. For the purpose of this study, the adoption of strategies and channels that embraced the principles of openness and reusability within the context of educational institutions is considered as a key innovation.