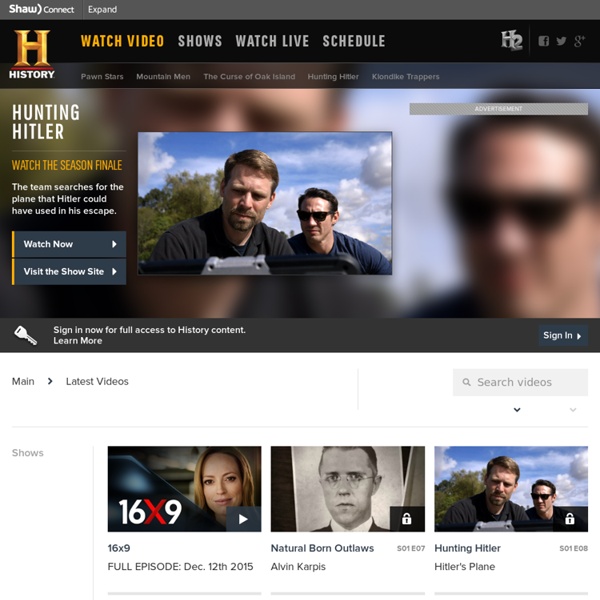 "Bringing the Common Core to Life" : Resources : Race to the Top : NYSED On April 28, participants engaged with a leading author and architect of the Common Core State Standards (CCSS), David Coleman, to understand how the Core Standards for College and Career Readiness build on the work New York State has done in developing a standards-based system and their specific implications for teachers and instructional leaders state wide. Details about the presentation (94 KB)Slide show to accompany the webinar The webinar is now divided into sections for easier viewing. CCASN: Resources: Web-Based Curriculum Resources for College and Career Academies This guide was made possible by funding from the California Department of Education, The Wallace Foundation, The Stuart Foundation, The William and Flora Hewlett Foundation, The Walter S. Johnson Foundation and the Office of Educational Research and Improvement U.S. Department of Education. Acknowledgements CCASN would like to acknowledge the contributors to this guide.

History (TV channel) History (originally The History Channel from 1995 to 2008) is an American basic cable and satellite television channel that is owned by A+E Networks, a joint venture between the Hearst Corporation and the Disney–ABC Television Group division of The Walt Disney Company. It originally broadcast documentary programs and historical fiction series. However since 2008, it has mostly broadcast a variety of reality television series and other non-history related content. 3 Clutter-free Ways to Display YouTube Videos I'm slowly starting to hear more instances of schools allowing teachers and students to access YouTube in their classrooms. Last week a reader contacted me for suggestions about displaying YouTube videos in her classroom without accidentally having an inappropriate "related video" show up on the screen. What follows are the three resources I recommend for displaying YouTube without the sidebar advertisements and related videos. View Pure is a simple little tool that strips way all of the distractions of related videos, comments, and promoted videos. To use View Pure just copy the link of a video into the "purifier," click purify, and your video will be displayed on a blank white background. You can also install the View Pure bookmarklet to accomplish the same goal.

Five-Minute Film Festival: Twitter in Education I think it's fair to say that Twitter can no longer be dismissed as a trivial passing fad. Though I had dabbled with a personal account, my entire opinion changed when I started my @VideoAmy account and dove in to the conversations educators were engaged in. While some people certainly do tweet about what they're having for breakfast, teachers, administrators, and educational organizations use Twitter in a whole different way -- making smart use of those 140 characters to share resources, wisdom, and inspiration.

Social Bookmarking – Learn more Best practices: six steps to better tagging There are no fixed rules on how to use tagging, but it can be very beneficial for yourself and others to use some kind of system. Here are some guidelines: 1. Be consistent: the MOST important ‘rule’! Teachers' Guide - Growing Up Online About the Film: FRONTLINE takes viewers inside the private worlds that kids are creating online, raising important questions about how the Internet is transforming the experience of adolescence. At school, teachers are trying to figure out how to reach a generation that no longer reads books or newspapers. Fear of online predators has led teachers and parents to focus primarily on keeping kids safe online. But many young people think these fears are misplaced. Online media has also intensified the social dimensions of adolescence as teens create and play with identities on sites like MySpace and Facebook and encounter intense peer pressure in a variety of virtual worlds.

eClips™ NASA eClips™ are short, relevant educational video segments. These videos inspire and engage students, helping them see real world connections. Full Site Located: Grades K‑5 The Our World program supplements existing elementary learning objectives not only in science, technology, engineering and mathematics, but also in reading, writing, and visual and performing arts. 50 Great Ways to Grow Your Personal Learning Network Personal learning networks have always existed, but modern technology has put a new spin on how and where we connect with others. These days, personal learning networks, or PLNs, extend far beyond friends, family, coworkers, college classmates, and teachers, and can encompass experts and learners from around the world in just about any given field. Through social networks, email, video, and online chats, learners can connect with and learn from a wider range of people than ever before, yet building a successful PLN that doesn't overwhelm you can be challenging. With so much information out there, it can be hard to know whom to follow, what to read, and how to fit it all into your daily schedule.

The Best Videos For Educators In 2011 This is always one of my favorite year-end lists to do….. You might also be interested in: Part Two Of The Best Videos For Educators — 2010 Best World War 2 Documentaries Thanks to the valiant efforts of television producers the world over (and a few dubious cable channels), you don't have to learn about the past through books. Instead, you can sit back, relax and have your history accompanied by genuine footage from the time. This is my list of the best World War 2 documentaries you can buy: some great series haven’t been released.