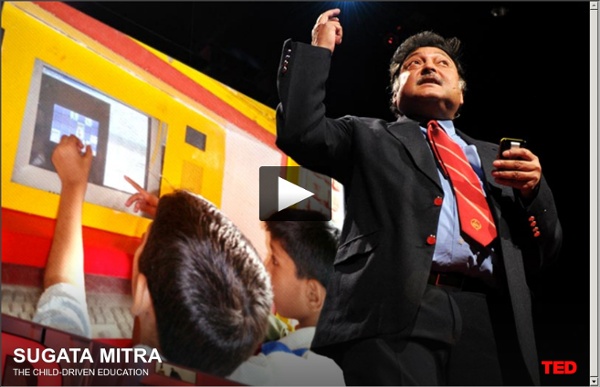 Online education ? The Reality-Based Community For my sins, I guess, I’m a member of the Berkeley faculty Committee on Courses of Instruction. Things are looking up for this gig, though, because there’s growing interest on campus and at the university level in online instruction, and the committee is starting to seriously deliberate this very interesting issue. Not surprisingly, I guess, a lot of the action is going on in the wrong arena, looking for ways to cut costs “without reducing educational outcomes”, and this approach will assuredly wind up cutting costs and only reduce quality somewhat. But it’s almost certain that we could actually teach more, better, and cheaper with technology if we go at it wisely. How would we think about online education if we were focused on quality and value instead of penny-pinching?

Global digital divide A digital divide is an economic inequality between groups, broadly construed, in terms of access to, use of, or knowledge of information and communication technologies (ICT).[1][2] The divide within countries, such as the digital divide in the United States) may refer to inequalities between individuals, households, businesses, and geographic areas at different socioeconomic and other demographic levels, while the divide between countries is referred to as the global digital divide,[3][4][5] which designates nations as the units of analysis and examines the gap between developing and developed countries on an international scale.[2] Definition and usage[edit] The term Digital divide is used to describe a gap between those who have ready access to information and communication technology and the skills to make use of those technology and those who do not have the access or skills to use those same technologies within a geographic area, society or community. Means of connectivity[edit]

WISE Prize - Home The Laureate will be announced at the 2014 Summit to be held on November 4-6, 2014 in Doha, Qatar. Learn more on the nomination and selection process here. About the WISE Prize "It is our aim that this Prize should raise global awareness of the crucial role of education in all societies, and create a platform for innovative and practical solutions that might help alleviate some of the challenges which education faces around the world.” Her Highness Sheikha Moza bint Nasser, Chairperson of Qatar Foundation. Established in 2011 by Her Highness Sheikha Moza bint Nasser, the WISE Prize for Education is the first distinction of its kind to recognize an individual or a team of up to six people for an outstanding, world-class contribution to education.

10,000 Young People: Designing the Future Ever wondered what 10,000 young people could do to solve some of the world’s greatest problems? That’s what NoTosh is wanting to find out this month as we help reinvent the world’s most important ICT event, ITU Telecom World 11. The October 24-27 event is the flagship meeting of the world’s telecoms industries, brought together by the International Telecommunication Union (ITU), the specialised United Nations agency responsible for information and communication technologies. In the run up to the event, and during it, we’ll be showcasing the ideas of young people, aged 8-18, alongside the debates, panels and corridor discussions of these influential delegates.

Pupils to study Twitter and blogs in primary shake-up Children will no longer have to study the Victorians or the second world war under proposals to overhaul the primary school curriculum, the Guardian has learned. However, the draft plans will require some children to master Twitter and Wikipedia and give teachers far more freedom to decide what youngsters should be concentrating on in classes. The proposed curriculum, which would mark the biggest change to primary schooling in a decade, strips away hundreds of specifications about the scientific, geographical and historical knowledge pupils must accumulate before they are 11 to allow schools greater flexibility in what they teach. It emphasises traditional areas of learning - including phonics, the chronology of history and mental arithmetic - but includes more modern media and web-based skills as well as a greater focus on environmental education. The proposals would require: • Children to be able to place historical events within a chronology.

Updates: Ethiopian Kids Hack Their OLPC Tablets in 5... Ethiopian Kids Hack Their OLPC Tablets in 5 Months, With No Help By Jamie Condliffe Give a thousand Ethiopian kids - who have never seen a printed word let alone played around with expensive consumer technology - a tablet, and what happens? They hack it. Obviously. Generation M2: Media in the Lives of 8- to 18-Year-Olds Jan 20, 2010 A national survey by the Kaiser Family Foundation found that with technology allowing nearly 24-hour media access as children and teens go about their daily lives, the amount of time young people spend with entertainment media has risen dramatically, especially among minority youth. Today, 8-18 year-olds devote an average of 7 hours and 38 minutes (7:38) to using entertainment media across a typical day (more than 53 hours a week). And because they spend so much of that time ‘media multitasking’ (using more than one medium at a time), they actually manage to pack a total of 10 hours and 45 minutes (10:45) worth of media content into those 7 Generation M2: Media in the Lives of 8- to 18-Year-Olds is the third in a series of large-scale, nationally representative surveys by the Foundation about young people’s media use. News Release

Professors experiment with Twitter as teaching tool Facebook may be the social medium of choice for college students, but the microblogging Web tool Twitter has found adherents among professors, many of whom are starting to experiment with it as a teaching device. People use Twitter to broadcast bite-sized messages or Web links and to read messages or links posted by others. It can be used as a source of news, to listen to what people in certain groups are talking about, or to communicate with experts or leaders in certain fields. Marquette University associate professor Gee Ekachai uses Twitter to discuss what she's teaching in class with students and connect them with experts in the field of advertising and public relations. Instructor Linda Menck, who also teaches at Marquette, encourages students to include social media as a strategy in marketing campaigns for clients. Twitter is helping these professors build community in their classes in a way that appeals to some members of a Facebook-addicted generation.

Digital Opportunity Index The ICT Development Index (IDI) is an index published by the United Nations International Telecommunication Union based on internationally agreed information and communication technologies (ICT) indicators. This makes it a valuable tool for benchmarking the most important indicators for measuring the information society. The IDI is a standard tool that governments, operators, development agencies, researchers and others can use to measure the digital divide and compare ICT performance within and across countries. The ICT Development Index is based on 11 ICT indicators, grouped in three clusters: access, use and skills. Top 30 countries[edit]