What Does it Mean to be Literate in the 21st Century? (short version 8 min) 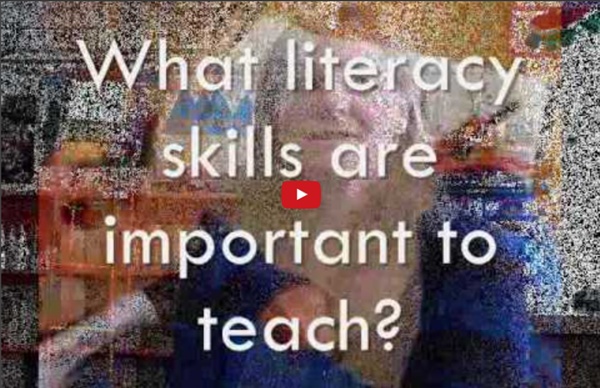 How the Internet is Revolutionizing Education - TNW Industry As connection speeds increase and the ubiquity of the Internet pervades, digital content reigns. And in this era, free education has never been so accessible. The Web gives lifelong learners the tools to become autodidacts, eschewing exorbitant tuition and joining the ranks of other self-taught great thinkers in history such as Albert Einstein, Alexander Graham Bell, Paul Allen and Ernest Hemingway. “Learning is not a product of schooling but the lifelong attempt to acquire it.” -Albert Einstein 10 years ago in April 2001, Charles M. He says, “I think there’s a wide array of reasons why faculty should be engaged in recording and publishing lectures online. So. Some of the biggest names in tech are coming to TNW Conference in Amsterdam this May. Both Yale and Stanford have followed suit, and even Harvard has jumped on board in the last two years. Open Culture Should knowledge should be open to all to both use and contribute to? Khan Academy Watch more about The Khan Academy here. Skillshare

What is 21st Century Education Revised August 2008. Your Assignment, Should You Choose to Accept It . . . Like Alice, many educators, policy makers and even the general public respond resoundingly with "That's impossible!" when challenged to adopt a new paradigm of education for the 21st century. Web 2.0 and new Social Communities Dr. What is 21st century curriculum? What does all this mean for how we design and build schools? 1. References Kellner, Douglas; New Media and New Literacies: Reconstructing Education for the New Millennium Grant, Jodi, Director of the After School Alliance; Fourteen Million Kids, Unsupervised McLeod, Scott, Dangerously Irrelevant Time, Learning and Afterschool Task Force, A New Day for Learning Belasco, James A., Teaching the Elephant to Dance, 1991 Wesch, Michael, Ph.

Shibboleth Authentication Request Monitor: The net generation, unplugged Totally different from previous generations—or just younger? THEY are variously known as the Net Generation, Millennials, Generation Y or Digital Natives. But whatever you call this group of young people—roughly, those born between 1980 and 2000—there is a widespread consensus among educators, marketers and policymakers that digital technologies have given rise to a new generation of students, consumers, and citizens who see the world in a different way. Growing up with the internet, it is argued, has transformed their approach to education, work and politics. “Unlike those of us a shade older, this new generation didn't have to relearn anything to live lives of digital immersion. But does it really make sense to generalise about a whole generation in this way? After all, not everyone born between 1980 and 2000 has access to digital technology: many in the developing world do not. Activism or slacktivism? There is also a feeling of superficiality about much online youth activism.

15303.pdf What Are 21st-Century Skills? Learning to collaborate with others and connect through technology are essential skills in a knowledge-based economy. ATC21S started with a group of more than 250 researchers across 60 institutions worldwide who categorized 21st-century skills internationally into four broad categories: Ways of thinking. Creativity, critical thinking, problem-solving, decision-making and learningWays of working. Communication and collaborationTools for working. The ATC21S project has now moved from conceptual to practical, working with two skills that span all four categories: Collaborative problem-solving.