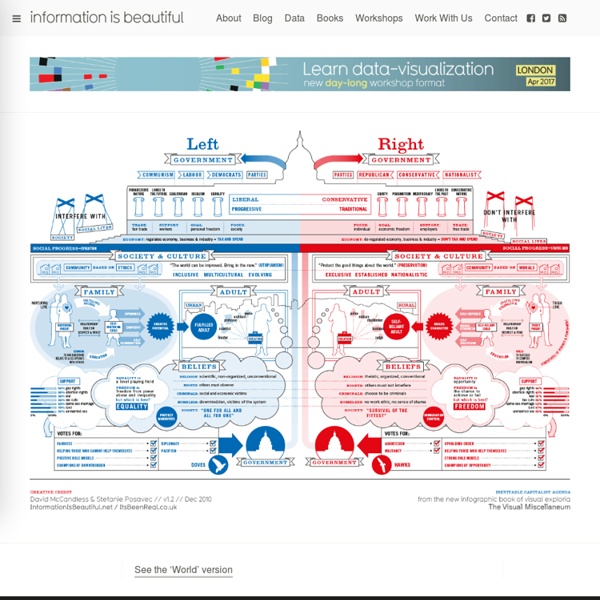 I’ll never bring my phone on an international flight again. Neither should you. A few months ago I wrote about how you can encrypt your entire life in less than an hour. Well, all the security in the world can’t save you if someone has physical possession of your phone or laptop, and can intimidate you into giving up your password. And a few weeks ago, that’s precisely what happened to a US citizen returning home from abroad. On January 30th, Sidd Bikkannavar, a US-born scientist at NASA’s Jet Propulsion Laboratory flew back to Houston, Texas from Santiago, Chile. On his way through through the airport, Customs and Border Patrol agents pulled him aside. Bikkannavar explained that the phone belonged to NASA and had sensitive information on it, but his pleas fell on deaf ears. We’re going to discuss the legality of all of this, and what likely happened during that 30 minutes where Bikkannavar’s phone was unlocked and outside of his possession. But before we do, take a moment to think about all the apps you have on your phone. Wait a second. Is all this inconvenient?

Harvard study of teens links soft-drink consumption to violence | Harvard Magazine Nov-Dec 2012 Already implicated in the obesity and diabetes epidemics, soda may be linked to violence in young people, new research suggests. In a study of 1,878 students at Boston public high schools, heavy soda drinkers were much more prone to violent behavior than other teens. That finding came about by accident. Analyzing the survey, he found surprising correlations. Even within the scientific community, people found these results very surprising, Hemenway reports: “When you think about the causes of violence, soft drinks are not on the map of variables that you tend to look at.” His findings recall the 1979 “Twinkie defense” mounted in the trial that followed the murder of gay-rights activist Harvey Milk; the defense attorney persuaded the jury to render a verdict of voluntary manslaughter in part by arguing that his client’s recent switch from a healthy diet to one high in junk food and soft drinks contributed to mental-health issues that led to the killing.

How I Learnt To Stop Worrying And Love The Bomb (Kinda) I felt alienated from The Guardian’s graphic about stockpiles of nuclear weapons . Was there a better way to depict the data? UPDATE: Aug – I’m in the process of revising this diagram in light of all the comments (and flames!). Thanks all. If you can help me research the data, please email I felt the use of abstract figures made most of the data meaningless. There’s a single way I relate to nuclear weapons. So, I thought of a better way to understand the data. However, the idea rapidly unravelled. I wasn’t expecting that. 10 years ago we had 32,512 nuclear weapons. Ah but we all live in cities now I tried to recover a eye-popping stat with another quick calc. 50% of us live in densely populated cities now. Nope. Unexpectedly, in making this image, the data forced me to change my mind. In this case, it exposed the myth in my head, scorched long ago into my childhood imagination. No doubt, nuclear weapons are crazy devices. As the data reveals, we simply don’t have enough of them.

Google is Quietly Recording Everything You Say -- Here's How to Hear It, Delete It, and Stop It Thanks to a function of their search software, Google could have years worth of your conversations recorded, and you can hear it for yourself. Your cringe-worthy history can be heard and viewed along with a list of all your searches, at your personal Google history page. The feature was built into Google’s search function as a means of delivering accurate search results. However, the sheer accuracy and amount of data Google stores is chilling. The good news is that you can turn it off and delete it, and at the end of this article, we will show you how. As the Independent reports: The recordings can function as a kind of diary, reminding you of the various places and situations that you and your phone have been in. However, even if you don’t have an Android phone and conduct Google searches on iDevices, Google is still listening. When visiting your personal history page that the web giant keeps on you, it will show you everywhere Google has a record of you being on the internet.

Top 20 microbreweries in America Photo: mfajardo Here are twenty of the best microbrews America has to offer and the towns to drink them in. 1. Kettlehouse Brewing Company, Missoula, Montana Known lovingly as the “K-hole” by Missoulians, this tiny brewery features an even smaller taproom where you’ll find locals of all stripes downing Cold Smoke Scotch Ale. They don’t serve food, but the intensely hoppy Double Haul will usher in the perfect ending to a day of fly fishing the Clark Fork (a mere 200 feet from the front door) or exploring Glacier National Park. 2. If you’re visiting Tucson to cure Seasonal Affective Disorder, consider this brewery for your therapy. Their porter is a GABF award winner and even in the heat of summer should not be passed over for the lighter beers in their lineup. 3. This tiny town in the Columbia River Gorge is the gateway to Mt. 4. Break away from the tourist strip and head to Second Street for late afternoon sun and fresh beer out on the patio. 5. 6. 7. 8. Photo: Techincolocalvary 9. 10. 11.

Interactive: Snake Oil? The scientific evidence for health supplements See the data: bit.ly/snakeoilsupps. See the static versionSee the old flash version Check the evidence for so-called Superfoods visualized. Note: You might see multiple bubbles for certain supplements. This visualisation generates itself from this Google Doc. As ever, we welcome your thoughts, crits, comments, corrections, compliments, tweaks, new evidence, missing supps, and general feedback. » Purchase: Amazon US or Barnes & Noble | UK or Waterstones » Download: Apple iBook | Kindle (UK & US) » See inside For more graphics, visualisations and data-journalism: In age of alternative facts, a scholarly course on calling out crap ired of alternative facts, fake news, and breathless hyperbole, two professors at the University of Washington are trying to strike a blow for science. Their weapon? A new course: “Calling Bullshit In the Age of Big Data.” The class website and colorful syllabus went online last month and almost instantly went viral. article continues after advertisement “We woke up the next morning to chaos. Bergstrom’s teaching partner, Jevin West, an assistant professor in UW’s Information School, put it this way: “We just struck a nerve.” Bergstrom and West are longtime scientific collaborators and have spent years grumbling about the inflated claims, manipulated algorithms, and twisted interpretations of scientific research that they see not just in the popular press, but also in grant applications and scientific papers. Though the course will be held on UW’s Seattle campus — capped at 160 students, it filled in the first minute of online registration — the materials are available free online.

Herbivore men Herbivore men (草食(系)男子, Sōshoku(-kei) danshi?) or grasseaters are a social phenomenon in Japan of men who shun marriage or gaining a girlfriend.[1] They are characteristically described as frugal, and interested in personal grooming.[2] Under this categorisation scheme, men and women are either herbivore type (草食系, sōshoku-kei?) or carnivore type (肉食系, nikushoku-kei?). As of September 2010, 36% of Japanese men between the ages of 16 and 19 perceived themselves in this way.[3] Additionally, two surveys of single men in their 20s and 30s found that 61% and 70%, respectively, considered themselves grass-eating men.[4] This phenomenon is viewed by the Japanese government as a leading cause in the nation's declining birth rate, prompting the government to provide incentives for couples that have children, including payouts and free health care.[5] The term was first coined by Maki Fukasawa in an article published on 13 October 2006, and became a buzz word in 2008 and 2009.[6][7][8][9]

John Conways Game of Life - StumbleUpon The Game The Game of Life is not your typical computer game. It is a 'cellular automaton', and was invented by Cambridge mathematician John Conway. This game became widely known when it was mentioned in an article published by Scientific American in 1970. playgameoflife.com New developments of this page will continue on playgameoflife.com. playgameoflife.com The Simulation Figure from the XKCD RIP John Conway comic. The Rules For a space that is 'populated': Each cell with one or no neighbors dies, as if by solitude. Each cell with four or more neighbors dies, as if by overpopulation. Each cell with two or three neighbors survives. For a space that is 'empty' or 'unpopulated' Each cell with three neighbors becomes populated. The Controls Choose a figure from the pull-down menu or make one yourself by clicking on the cells with a mouse. Development Game of Life is supported by Dotcom-Monitor, LoadView Testing, Web Hosting Buddy, Instructify, Security Guard Training Central, and Driven Coffee