I Will Not Let An Exam Result Decide My Fate 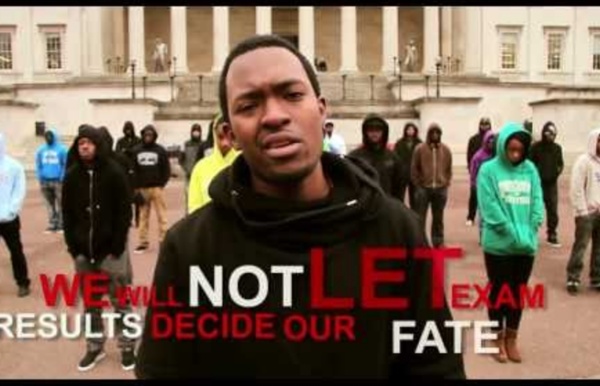 How Fourth Graders Are Achieving World Peace In 1978, John Hunter introduced a complex, immersive, interactive, collaborative, geopolitical game to his elementary school students. In 2011, he gained a global following when he delivered a TED talk about his 30-year experience of "Teaching with the World Peace Game." The talk was shared far and wide as millions were moved by his example of hands-on teaching. The Best of the Spoken Word The Best of the Spoken Word Poet and writer Kate Dempsey speaks to the legend that is Stephen James Smith about his journey to poetry and the importance of spoken word. Stephen James Smith is a Dublin poet. He has a collection called ‘Pretending to be Happy?’

Who Owns the Future? by Jaron Lanier – review Jaron Lanier, groundbreaking computer scientist and infectious optimist, is concerned that we are not making the most of ourselves. In Who Owns the Future? he tellingly questions the trajectory of economic value in the information age, and argues that there has been a fundamental misstep in how capitalism has gone digital. For Lanier, late capitalism is not so much exhausted as humiliating: in an automated world, information is more important to the economy than manual labour, and yet we are expected to surrender information generated by or about ourselves – a valuable resource – for free. Information here is a broad term for any conscious intellectual, artistic, or pragmatic contribution to the production of goods, services and cultural output, but it also includes the data that we unconsciously radiate simply by exhibiting certain behavioural and consumer traits. Lanier's project is to foresee how livelihoods might be better sustained in a world in which information is king.

Project Based Learning Resources (image from education-world.com) Project Based Learning (PBL) is a great way to teach students content, 21st century skills, and engage them in something fun and educational. I spoke more about PBL in an earlier blog ( and we had some great reader comments (Tech&Learning, May 2009, page 14).

Why 21st century skills are not that 21st century Whenever I hear anyone talk about preparing students for the 21st century, I am always sceptical. Partly this is because it is never made clear exactly what is so different about the 21st century that requires such different preparation. For the American organisation Partnership for 21st Century Skills (P21), which is sponsored by a number of multinational corporations, the four important 21st century skills are ‘critical thinking and problem solving; communication, collaboration; and creativity and innovation.’[i] For the Royal Society of Arts, the skills that are needed for the future are: ‘citizenship, learning, managing information, relating to people and managing situations’.[ii] For Sir Ken Robinson, in the 21st century people need to be able to ‘adapt, see connections, innovate, communicate and work with others’.

Ten Skills for the Future Workforce Ten Skills for the Future Workforce Sense-making, social intelligence, novel & adaptive thinking, cross-cultural competency, computational thinking, new-media literacy, transdisciplarity, design mindset, cognitive load management, virtual collaboration. These are the 10 skills needed for the future workforce. For a full report, see the work done by the Institute for the Future with Apollo Group looking at the Skills Needed by 2020 (also available on the IFTF website). A summary map is also available. The related, Shape of Jobs to Come: Possible New Careers Emerging from Advances in Science and Technology (2010 – 2030) full study from FastFuture is also very insightful (summary of study).

Where Industry Discovers Geospatial Image Analysis Louisville, home of the Kentucky Derby, great food, and this year's 2014 ASPRS annual conference. Held at the Galt House hotel, this year's conference offered a great mix of all things remote sensing over a three-day agenda. It was also co-located with a Joint Agency for Commercial Imagery Evaluation(JACIE) conference, which created a nice atmosphere where some of the best and brightest minds from science and academia could meet.

MIT educator stresses need to integrate arts and humanities in science education - National Higher Education In the past 50 years, technology development has changed the way elementary school children learn, in large measure thanks to a national emphasis on science, technology, engineering and mathematics learning, or STEM. MIT Science Educator Dr. Eric Klopfer would like for schools to consider adding a vowel to this acronym, the letter ‘A,’ for the “arts.” In an Oct. 17, 2014, interview, Dr. Klopfer explained the need to incorporate arts and humanities to develop more well-rounded students to prepare them for college study and future careers.