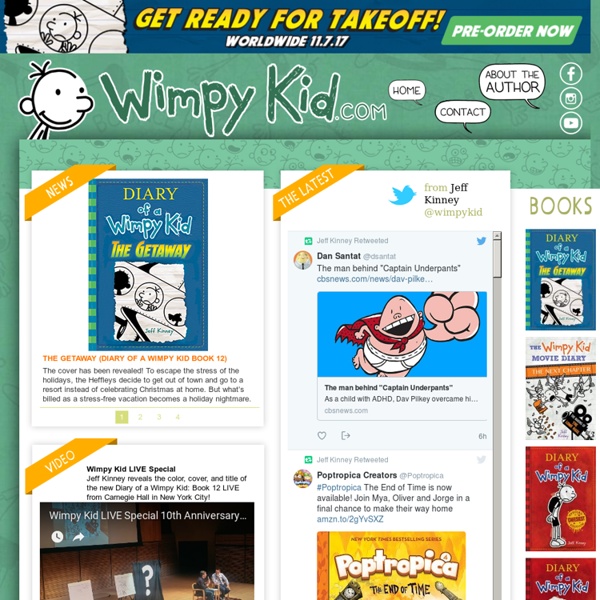 Nick Butterworth books - Children's Author on Lovereading4kids.co.uk Nick Butterworth was born in Kingsbury, North London in 1946, but moved to Romford in Essex with his parents at the age of three. They moved to run a sweet shop, so Nick found himself fulfilling every child's sugar-coated dream of growing up right inside the proverbial chocolate factory. Having intended to go to art college after leaving school, Nick decided to take a job as a typographic designer in the printing department of the National Children's Home at the last minute instead. He went on to work for several major London design consultancies before moving into freelance graphics. He has also worked as a television presenter on the TV-AM children's programme Rub-a-Dub-Tub and produced a regular illustrated story called Upney Junction for the Sunday Express magazine.

How to Put Together the Ultimate Survival Kit Would you be willing to stake your life on your survival kit? I would. There are so many debates when it comes to the perfect survival kit. In my opinion, the items you choose to be in a survival kit can be very different based on the situation you see yourself in (maritime vs. desert survival) as well as your level of skill. For that reason there are a number of factors that determine what items you ultimately put in it. For this article, I will explain to you how I organize my kit, the elements that make it up, and hopefully provide some inspiration for your own.

Bob Graham - Authors & Illustrators - Welcome to Walker Books Australia Bob Graham has written and illustrated many children’s picture books. He was born in Sydney, and studied at the Julian Ashton Art School. His books are well known for their simplicity and humour, told from children’s perspectives, including “Oscar’s Half Birthday,” “Buffy,” ( Smarties Book prize silver award winner) and “Let’s Get a Pup” ( shortlisted for the 2002 Kate Greenaway medal; winner Boston Globe-Horn book award.) He won the 2000 Smarties Gold medal for “Max”, the 2003 Kate Greenaway medal for “Jethro Byrde,” and the Australian Children’s Book of the Year Award four times.

Games at Miniclip Games at Miniclip Welcome to Miniclip.com, the leading online games site, where you can play a huge range of free online games including action games, sports games, puzzle games, mobile games, iPhone games, Android games and many more. Player Games and Achievements On Miniclip you can play games to compile games statistics such as high scores, and rankings on your own player page and can receive awards for playing games. You can also create your own Miniclip avatar with clothing and accessories to represent you in our fun Miniclip games.

aaron blabey books Aaron Blabey has written many well-loved, best-selling books for children. He has around five million books in print and is the creator of two hugely successful series for children - the New York Times Bestseller The Bad Guys and Pig the Pug. Both series have been translated into many languages and are published in over 30 countries including the USA, the UK, Canada, France, Germany, Netherlands, Norway, India, Turkey, China, Japan, South Korea and Brazil, just to name a few. England <div id="blq-no-js-banner"><p>For a better experience on your device, try our <a href=" site</a>.</p></div> Accessibility links BBC navigation England

Michael Gerard Bauer Michael Gerard Bauer was born and lives in Brisbane Australia. In 2000 he resigned from his full-time position as an English/Economics teacher to pursue his dream of becoming a writer. In 2004 his first YA novel The Running Man was published to great acclaim.

UK <div id="blq-no-js-banner"><p>For a better experience on your device, try our <a href=" site</a>.</p></div> Accessibility links BBC navigation Booked Out Speakers Agency Anne Spudvilas is a multi award-winning illustrator of children’s books. Her work on the picture book version of Mao’s Last Dancer, The Peasant Prince, took her to China with author Li Cunxin. The Peasant Prince won both the NSW and Qld Premiers Awards and CBCA Honor book in 2008. Anne’s work concentrates on portraying character and expression in people in commissioned portraits, courtroom sketching and children’s books. Anne is in demand for drawing workshops here and overseas and gives presentations about the process of illustrating books for primary and secondary level.

The Enid Blyton Society Please step carefully — there are literally thousands of books and magazines here, going right back to Enid's early days. How many books do you think she wrote? How many of her short stories, plays, poems and non-fiction articles were published? Ann Brashares biography, plus links to book reviews and excerpts. Ann Brashares Biography Ann Brashares grew up in Chevy Chase, Maryland with her three brothers and attended a Quaker school in the DC area called Sidwell Friends. She studied Philosophy at Barnard College, part of Columbia University in New York City. Expecting to continue studying philosophy in graduate school, Ann took a year off after college to work as an editor, hoping to save money for school. Loving her job, she never went to graduate school, and instead, remained in New York City and worked as an editor for many years. Ann made the transition from editor to full-time writer with her first novel, The Sisterhood of the Traveling Pants.

Maxine Beneba Clarke Books - Hachette Australia Maxine Beneba Clarke is a widely published Australian writer of Afro-Caribbean descent and the author of the poetry collections Gil Scott Heron Is on Parole and Nothing Here Needs Fixing. Maxine's short fiction, non-fiction and poetry have been published in numerous publications including Overland, The Age, Meanjin, The Saturday Paper and The Big Issue. Her critically acclaimed short fiction collection Foreign Soil (2014) won the ABIA for Literary Fiction Book of the Year 2015, the 2015 Indie Book Award for Debut Fiction, and Maxine was also named as one of the Sydney Morning Herald's Best Young Novelists for 2015, as well as being shortlisted for the Matt Richell Award for New Writing at the 2015 ABIAs and the 2015 Stella Prize.

This site allows fans to create their own Diary of A Wimpy Kid character! You can select clothing, hair, facial features and accessories. Once the image is completed, you can export your image to Twitter, Facebook, etc. Fans of the series would find this site a lot of fun! by pwenger Jan 31

This site has information on the movies that are based on the book series. It has links to videos, games, photos, storyline, cast and crew. Fans will be able to dive deeper into the visual world of Wimpy Kid mania. This site is fun, interactive and great for readers at all levels! ***Great for visualizing, recalling information and making connections to the books! by pwenger Jan 31

This is the place to find EVERYTHING Diary of A Wimpy Kid. You will find information about the author, books, movies and more! Fans will have fun exploring the links to games, activities, downloads and videos. It is a fantastic site for any age with a stronger reading level. ***Great for visualizing, recalling information and making connections to the books! by pwenger Jan 31