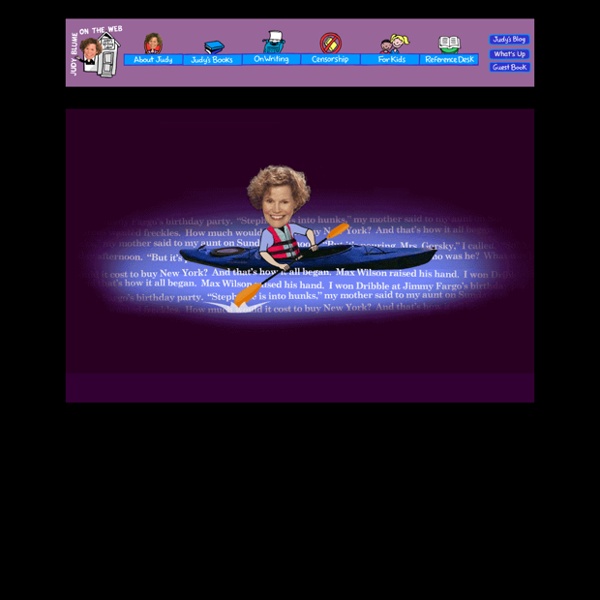 Authors and Illustrators of Children's Books Where Teachers Come First bookwizardMy Book Lists GO Instant access to reproducibles Downloadable eBooks Authors and Illustrators Biographies, interviews, author and study resources for children's book authors and illustrators Mem Fox Picture me flat on the floor in a star shape: that’s where I am. I’ve been working for many months with my website designers (massive applause for Enee Solutions) to update the site and make it as friendly and fascinating as possible. I hope you’ll love it. It will be updated every four weeks. Barnaby Volume One: 1942-1943 In 2013, Fantagraphics published Barnaby Volume One: 1942-1943, which I co-edited with Eric Reynolds. It's the first of a 5-volume series that will collect all of Barnaby in its original run (1942-1952). Daniel Clowes designed the book, and it features essays from Chris Ware, Jeet Heer, Dorothy Parker, and me. My blog has yet more information about the Biography, Crockett Johnson, Ruth Krauss, and Barnaby.

Author & Illustrator This was posted 2 days ago. It has 344 notes. some tests that Joe Schmidt and I did a few months back. Not for anything specific but they were really fun. This was posted 1 month ago. Jason Fry I’m the author of The Jupiter Pirates space-fantasy saga for young adults, published by HarperCollins. The series begins with The Jupiter Pirates: Hunt for the Hydra, then continues with Curse of the Iris. The third novel, The Rise of Earth, is on the way … with more to come. The Jupiter Pirates is part high-seas adventure and part space-age epic — a saga about a solar system on the brink of war and one family caught in the middle of it. It’s technically a middle-grade book (for ages 8 to 12) but I promise older readers will like it too. I was born on June 11, 1945 in Pittsburgh, Pennsylvania. I grew up in a family of 9 kids. At least, that is where I lived when I was young.

Brandon Mull Attention Apprentice Caretakers! You may have read about centaurs and satyrs, fairies and fog giants. But have you actually seen them? Now you can. Learn more about The Caretaker’s Guide to Fablehaven. Five Kingdoms: Book 3! Faith Ringgold, painter, writer, speaker, mixed media sculptor and performance artist lives and works in Englewood, New Jersey. Ms Ringgold is professor emeritus at the University of California, San Diego where she taught art from 1987 until 2002. Professor Ringgold is the recipient of more than 75 awards including 22 Honorary Doctor of Fine Arts Degrees. She has received fellowships and grants that include the National Endowment For the Arts Award for sculpture (1978) and for painting (1989); The La Napoule Foundation Award for painting in France (1990); The John Simon Guggenheim Memorial Foundation Fellowship for painting (1987); The New York Foundation For the Arts Award for painting (1988); The American Association of University Women for travel to Africa (1976); The Creative Artists Public Service Award for painting (1971).

Author & Ilustrator Half the earth's surface is covered by water more than a mile deep, but most of this watery world is a mystery to us. In fact, more people have stood on the surface of the moon than have visited the deepest spot in the ocean. Come along as we travel down, down, down, from the surface to the bottom of the sea. Along the way you can see jellyfish that flash like a neon sign, creatures with teeth so big, they can't close their mouths, and even a squid as long as a bus, which battles to the death with a sperm whale, the largest predator on earth. 40 pages Houghton Mifflin Harcourt 2008 Reviews About The Author Barbara Park was best-known as the creator and author of the New York Times bestselling Junie B. Jones series, the stories of an outrageously funny kindergartener who has kept kids (and their grownups) laughing—and reading—for over two decades. Published by Random House Books for Young Readers, the series has sold over 60 million copies in North America alone, has been translated into multiple languages and is a beloved and time-honored staple in elementary school classrooms around the world. The series was consistently a #1 New York Times bestseller, spending over 180 weeks on the list, and Barbara and her books were profiled in such national outlets as Time, Newsweek, USA Today, The New York Times, and Today. Park died on Friday, November 15, 2013 after fighting ovarian cancer heroically for seven and a half years.