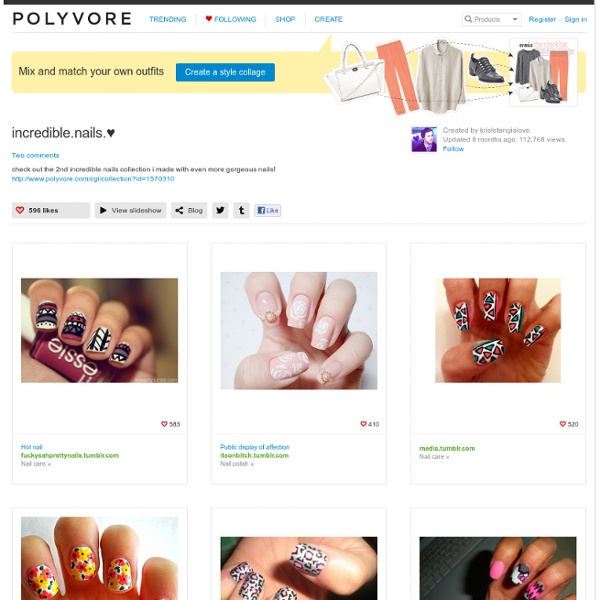 ...love Maegan: * Partial French Braid & Cascading Hair Tutorial *also known as the "Waterfall Braid" Fashion+Home+Lifestyle Blog I’m not the originator of this hair style but I’ve gotten so many requests for it, I thought I’d give it a go for you. I don’t know what it’s called either so I haven’t researched it and/or found any other tutorials for it …thus, this is my version of it, and I’ve dubbed it the Partial French Braid w/ Cascading Hair. The photos I’ve seen online show the braid a little more straight across the back of the head and mine sort of braids at an angle, similar to my side/low french braid up-do. I’m sure this is 100% easier to do on someone else’s hair than your own but it goes pretty quickly once you get the hang of it …I mean, it’s my shortest hair video tutorial to date. That’s gotta mean something, right

“Like” this link and protect 43.5 square feet of fragile coral reef Like, Tweet, Google + and /or Stumble thumb up this post and you will be protecting 43.5 sq ft of fragile coral reef with the help of Save Nature.org and our sponsor MrSolar, the leading supplier of solar power and solar energy products. Visit MrSolar or drop by their Facebook or Twitter and thank them for their sponsorship today! Final Donation Numbers

Nail Designs Yaaaay! I got the polishes from the Essence Metallics collection! OMG, OMG!! Why are they so special? Four of them are magnetic! The only thing I have to criticize is the Essence magnet :/ It’s sucks! Feather Manicure I bought these feathers a few weeks ago and I knew they'd make a gorgeous mani. Here's how to recreate the look. It'll cost you waaaay less than what you'd pay in the salon! You will need: A base color. I chose Essie's Glamour Purse. Two top coats.

How To: DIY Leopard Print Nails Flipping through the September issues of the magazines this year, a feeling of déjà vu has been creeping over me. Hot as the hob of hell for Autumn/Winter 2010 fashion: kitten heels. Pointy toed shoes. Capes. Flared – or at the very least, bootcut – trousers. Iso-Tones - About Iso-Tones.com Since 2008 my vision has been to provide people all over the world with quality brainwave entrainment sessions free-of-charge. Any of these tones can be listened to on your computer, Smartphone, MP3 player or CD player. You do not need headphones for these to work, but I have found them to be useful at blocking out surrounding noise. All isochronic tones are made with Neuro Programmer 2 and for many of the earlier tones I used the guide from as a reference, in addition to studies available through PubMed and Transparent Corporation. Brainwave entrainment allows me to combine my interests in physics, neuroscience, psychology, music, spiritualism and art. In making each session I aim for a balance between effective entrainment and an experience that is aesthetically pleasing.

How to…Get Zebra Print Nails photo credit Here at Every College Girl, one of our most popular posts of all time is our tutorial on how to get cheetah print nails. I love the look; it’s so simple and fun, and animal prints are getting hot again. To follow along the same vein, I decided to do a similar animal print nail tutorial.

» Seriously HAUTE Nail Art! « huda beauty Seriously HAUTE Nail Art! Sun, 4 Mar 2012 HAUTE LOOKS | NAILSBy Huda Heidi Kattan I am loving Pinterest! I think I’m actually addicted! I just started using it and already I’ve done waaay too much! Faded Floral Manicure photos + post design by Kristin Ess Who doesn’t love a soft, faded floral pattern? You can basically do this mani in any color combo you want– we chose a spring-y palette. TIPPED OUT - thebeautydepartment.com all photos: Kristin Ess + thebeautydepartment.com post designed by kristin ess Lots of emails this week asking for a tutorial on Lauren’s temporary bright colors. Here I’ve replicated the process for you in 7 steps on an extension. While I never recommend bleaching out the ends of your hair at home, if you want to do the fun colors yourself, maybe get the tips bleached out by a pro + then play with the temporary colors on your own.

How to draw hearts photos and post by Kristin Ess So Valentine’s Day has come and gone… but it’s never too late to learn how to do this! We got a lot of emails after Valentine’s Day asking how to make a heart on your nails. Love is a year ’round thing so here we go: TOOLS: Toothpick, polish, a piece of paper or foil. PREP: Pour a little puddle of polish on a piece of paper or tin foil. Nail Art: Most Original Designs Nail art has nowadays become among the hottest fashion trends. Clothes, shoes, hairstyles, makeup styles seem to be more stylish and fashionable than ever thanks to mixure with nail samples. A nice and original sample depends on lots of important factors including nail polish colors, experiences and imagination of nail artists. It's amazing that nature can harmonize with humans through the beauty of nails, from flowers, animals, fruits, to food, and famous symbols such as Internet Explorer, Mozilla Firefox, all are shown off on nails. Below are the most original nail designs for you to select and comment. Pac-man nails