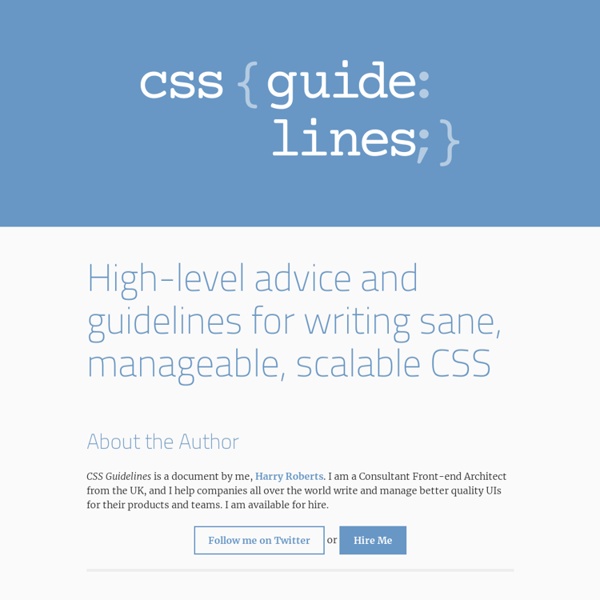 Rounded Animated Navigation in CSS and jQuery An experimental full-screen navigation, animated using CSS and jQuery, that expands within a circle. Browser support ie Chrome Firefox Safari Opera 9+ I was checking out the new Ping iOS app. The effect when you tap on the circle to switch the page is too cool, so I tried to create something similar in CSS and jQuery. The result is pretty cool, hence we decided to release the snippet here on CodyHouse :) It’s an experimental navigation, yet it’s supported by all major browsers – we used Velocity.js – and I’m sure you guys will find a creative way to use this!

Taxonomies Filter Widget Taxonomies Filter Widget is a robust but powerful WordPress plugin that creates a widget which acts as a filter for your categories, tags, taxonomies and numerical custom fields. Visitors will then be able to do faceted searches on your site to filter posts and pages by taxonomies and numerical custom fields, using drop-downs, checkboxes, radio buttons, multiselect and range sliders. While built especially for sites with a variety of categories, custom taxonomies and custom posts (eg: shops, directories, tutorials, job boards or listings), this plugin will also do a great job at filtering the WordPress posts and pages by categories, tags and even post format. Check a video demonstration here or use the live preview to see it in action.

Rethinking the Grid At Shopify, we’re rebuilding much of our front-end code for Shopify Admin. This is giving us the opportunity to re-evaluate why and how we build things. One of the first components that we decided to work on was the grid. 24 Column Grid Shopify has, for at least the last two and a half years that I’ve worked there, a 24 column, percentage-based grid.

CSS Cascading Style Sheets (CSS) are a stylesheet language used to describe the presentation of a document written in HTML or XML (including XML dialects like SVG or XHTML). CSS describes how elements should be rendered on screen, on paper, in speech, or on other media. CSS is one of the core languages of the open web and has a standardized W3C specification. Developed in levels, CSS1 is now obsolete, CSS2.1 is a recommendation, and CSS3, now split into smaller modules, is progressing on the standardization track. CSS Reference An exhaustive reference for seasoned Web developers describing every property and concept of CSS.

How to Customize the Breadcrumb Appearance in WooCommerce WooCommerce is a great plugin for enabling eCommerce within your WordPress website. It provides great functionality and easy-of-use. One great feature are breadcrumbs. Out of the box, WooCommerce has breadcrumbs that look pretty nice.

7 web design mistakes every beginner makes Experimenting and making mistakes is an important part of learning. Each year in my work as a university lecturer, I see new students making the same sorts of mistakes in their web design work. Hopefully by identifying those issues here, we can better learn to avoid them. 01. Why use CSS? - Web developer guides Go to Previous Section:What is CSS?This second section of the CSS Getting Started tutorial explains the relationship between CSS and documents. In the exercise you'll learn how to add a CSS stylesheet to the sample document you created in the first section. Information: Why use CSS?Edit Guide to Responsive-Friendly CSS Columns The following is a guest post by Katy Decorah (edited by Jason Morris). Katy was researching CSS columns and how they can work responsively, as there wasn't much information she could find out there on the subject. So, like a hero, she wrote it all up. Here's Katy: With CSS columns you can create a print-inspired layout with little added markup that can adapt beyond a fixed canvas. A supported browser will make calculations to wrap and balance content into tidy columns.