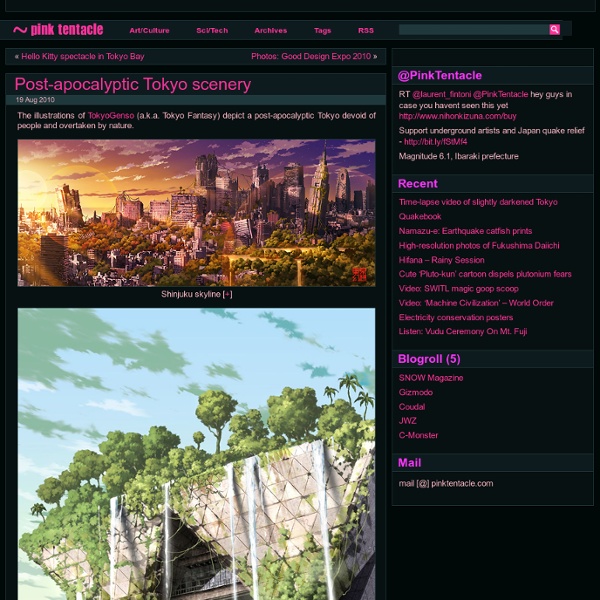 How to Draw Celtic Knotwork The old method These instructions can be followed with pencil and paper or using any computer based drawing or drafting program. I have used Corel Draw, Adobe Illustrator, and AutoDesk AutoCad for various projects, but my favorite is Corel Draw. In the tutorial below I show the method that I use in Corel Draw; however, I have deliberately left out program-specific instructions. I did this to make the instructions more broadly applicable to work with as many drawing and CAD programs as possible.

Disney Princesses And Their Villains’ Shadows This is a set of illustrations by artist Joe Alexander depicting the Disney Princesses and the shadows of their respective villains creepin’ behind them. Joe’s selling prints for $20 a pop over at Society6. Man, looking at these kinda makes you want to stand up and scream “LOOK OUT, PRINCESS — BEHIND YOU!” Or at least that’s I did and now everyone at the coffee shop is staring at me. Not really sure why Belle’s villain is Gaston, I mean, is he really a baddie? These 20 Photographs Will Leave You Speechless. Especially The 6th One. There Are No Words. Take a look at these 20 powerful photos that will leave you speechless. Some of these photos are of truly historic moments, while others, are quite heartbreaking. World War II veteran from Belarus Konstantin Pronin, 86, sits on a bench as he waits for his comrades at Gorky park during Victory Day in Moscow, Russia, on Monday, May 9, 2011. Konstantin comes to this place every year.

Old & Young People Swap Clothes Spring-Autumn is a series by a photographer named Qozop. It features old and young folks dressed as themselves. Then, the subjects swap clothes. The models in each set of photos is related: parent-child or grandparent-grandchild. Photos Look Like Drawings Representations is a series of photos by artist Cynthia Greig. That’s right, those are photos. I know you’re thinking “But they look like drawings!” and you’re right, they do. But they’re not. Photographer Puts His Baby To Work Unlike us aging folks, babies don’t have to work so hard at being cute. All that gitchy, goo, goodness comes naturally to them. Chubby thighs and toothless grins just don’t slide once you leave babyhood behind.

No Photoshopped: Jee Young Lee Creates Surreal Dreamscapes in Her Small Studio Korean artist Jee Young Lee has been weaving herself into exceedingly clever dream worlds she creates in her studio… and despite their other worldly appearance she uses absolutely no photo manipulation for the end result. In each image you can find Lee’s young figure hidden among the vibrant details of her carefully constructed, set-like pieces – perhaps a hand poking up from the center of a watery vortex of swirling fans, or her body floating in a lotus as in the picture above (inspired by the Story of Shim Cheong, a Korea folktale as well as by Shakespeare’s Ophelia). See Also Child’s Caves: Re-Imagining The Fantasies of Childhood

An Elderly Couple Took The Same Photo Every Season. But Nothing Could Prepare Me For The Last One. The saying “a picture is worth a thousand words” for a reason. Explaining how we feel is one way of getting a message across. Another is simply showing each other how we feel. During each season, this couple took a photo together in front of their house. TetraBox Light by Ed Chew Liquid to Light Designer Ed Chew takes a green step in the right direction with the TetraBox lamp, a light object made from discarded drink packets that would have otherwise ended up in landfills already packed to the brim. The design is achieved by unfolding the packets and refolding them into hexagonal and pentagonal sections that are then pieced together to form a geodesic sphere or any other desired shape. Here, the Epcot-like ball makes an attractive overhead light and casts an impressive web of shadows and shapes on the surrounding space.