Derek Carr, not Matt Schaub, to start Week 1 for Oakland Raiders. The Oakland Raiders reportedly have switched gears at quarterback for Week 1 against the New York Jets. 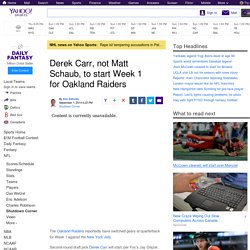 Second-round draft pick Derek Carr will start, per Fox's Jay Glazer, confirming what many had suspected when Matt Schaub suffered elbow tendonitis and Carr lit it up in the Raiders' preseason finale. [ Smack talk season is back at Yahoo Sports: Sign up and play free Fantasy Football!] Carr had a terrific training camp and start to the preseason but was set back in the second exhibition game when he suffered a rib injury and was tested for a concussion. The Raiders held Carr out of the third preseason game against the Green Bay Packers, a contest in which Schaub and the offense struggled. Exclusive Look: ‘Homeland’ Season 4, Featuring the Music of Lorde. Kanye West’s ‘Yeezy 2’ collection caused NYFW’s biggest buzz. 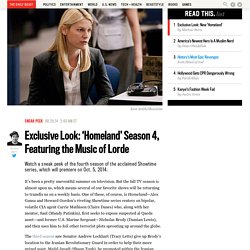 Celebrities, and an army of Kardashians, descended—but the clothes were nothing special. On Wednesday, all of New York Fashion Week’s admittedly flighty attention had shifted to Kanye West. What I Learned From Being a Broke, Unemployed Graduate. Want your business to appear in Entrepreneur magazine? 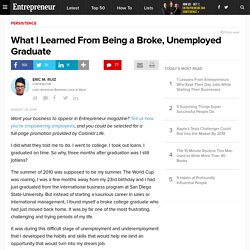 Tell us how you're empowering employees, and you could be selected for a full-page promotion provided by Colonial Life. I did what they told me to do. I went to college. I took out loans. I graduated on time. The summer of 2010 was supposed to be my summer. The Huffington Post. Make Your Own Lonely Electric Zoo Of One Using Wavepot. Knob-twiddlers take note: Wavepot is a cool new way to program some hot EDM beats in the privacy of your bedroom/techno cave. 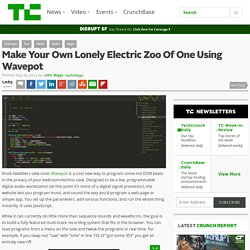 Designed to be a live, programmable digital audio workstation (at this point it’s more of a digital signal processor), the website lets you program music and sound the way you’d program a web page or simple app. You set up the parameters, add various functions, and run the whole thing instantly. It uses JavaScript. While it can currently do little more than sequence sounds and waveforms, the goal is to build a fully featured multi-track recording system that fits in the browser. You can load programs from a menu on the side and tweak the programs in real time.

5 NFL Teams Already Out Of Contention For 2014 Season. Every NFL team has a chance. 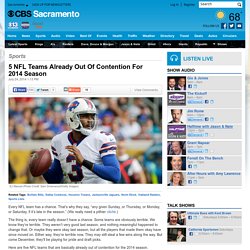 That’s why they say, “any given Sunday, or Thursday, or Monday, or Saturday, if it’s late in the season.” (We really need a pithier cliché.) The thing is, every team really doesn’t have a chance. Some teams are obviously terrible. We know they’re terrible. Here are five NFL teams that are basically already out of contention for the 2014 season. Insider Access. SFGiantsFans: Beautiful night for some ... Take Your Free Uber Ride This Summer! THE SLAP. An American Coach in London: NBC Sports Premier League Film featuring Jason Sudeikis. Stefan Gomez - After 8 long days, I'm finally out of the... YC Hacks - August 2-3, 2014.

What it's like to own a Tesla Model S - A cartoonist's review of his magical space car. Official Extended Trailer. Kobe Bryant - The King of the Comeback. If the Moon Was Only 1 Pixel - A tediously accurate map of the solar system. Mercury Venus Earth You Are Here Moon Mars Jupiter Io Europa Ganymede Callisto Saturn Titan Uranus Neptune Pluto(we still love you) That was about 10 million km (6,213,710 mi) just now. Pretty empty out here. Here comes our first planet... As it turns out, things are pretty far apart. We’ll be coming up on a new planet soon. Most of space is just space. Halfway home. Destination: Mars! It would take about seven months to travel this distance in a spaceship. Sit back and relax. When are we gonna be there? Seriously. This is where we might at least see some asteroids to wake us up. I spy, with my little eye... something black.

If you were on a road trip, driving at 75mi/hr, it would have taken you over 500 years to get here from earth. All these distances are just averages, mind you. If you plan it right, you can actually move relatively quickly between planets. Pretty close to Jupiter now. Pepsi MAX & Jeff Gordon Present: "Test Drive 2" History of Rap 5 (Jimmy Fallon & Justin Timberlake) Brian Williams Raps "Rapper's Delight" Kelly norton: The Pleasant Places to Live. Where in the U.S. will you find the most “pleasant” days in a year? 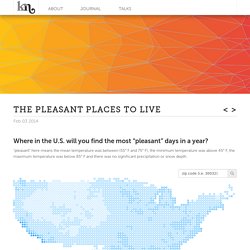 Whole Foods delivered in one hour. Plus, $10 off your first order! Old Spice Is Back With Another Set Of Viral Things — This Time, It’s Prank Websites. I generally try to avoid writing about ads. 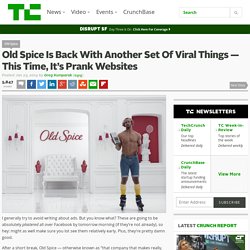 The 49ers Aren't Going to the SuperBowl.