How It Feels [through Glass] 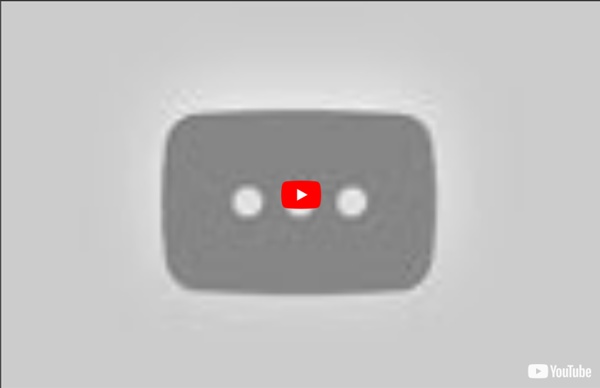 Social Media How-to: 3 ideas for building engaging visual social media by Courtney Eckerle, ReporterThe recent history of the business world and consumers is a lot like "The Wizard of Oz." Consumers take a long, treacherous journey until they finally reach the product or service they've been searching for — yours. Traditionally, when a consumer finally approached, and began interacting with a company, what they experienced was a lot of smoke and mirrors combined with a big, booming voice of authority meant to awe the consumer into purchasing. The advent of social media, however, has allowed consumers to yank back the curtain and glimpse the wizard behind it. But, unlike Dorothy, they haven’t been disappointed.

Art, Copy & Code: a series of experiments to re-imagine advertising Last year, we started a program to partner with advertisers and agencies to re-imagine how brands tell stories in a connected world. Project Re: Brief set out to recreate some of the advertising industry’s most iconic, classic campaigns using the latest technology tools. This year we’re expanding that program to work with some of today’s most iconic brands and innovative marketers, in our new project: Art, Copy & Code. Embedded Metadata Initiative << Home We have uploaded a test image with embedded metadata and have checked if any of the embedded values are displayed and if so, which ones. As a next step we have tried to save the picture from a Social Media web site or system on our computer and then we checked what metadata fields are still embedded. Find the test results in the grid below - in short: a green light indicates good results, a yellow one not so good ones and the red light that the handling of metadata should be improved, grey means: has not been tested. You can read the full details of the tests on this page. It lists all details about what was tested and what the icons below stand for.

Visual Storytelling: The Key Weapon to Content Marketing Many of us have years of experience chasing technology for marketing purposes. Thanks to social networks, we’ve naturally been driven to a host of metrics that include attributes of “engagement” and conversations shared online. This, in turn, has fueled the content marketing race – and ultimately, the quest for producing what is most relevant or valuable to a company’s current and prospective customers. As we compete in this context to draw attention for our brand and offerings, perhaps one element has remained constant above all others: the power of visual storytelling. Why?

Be Your Own Souvenir So you’re at the museum, and deep down in the sub-basement right next to the restrooms you happen to discover an enormous machine that looks like it was pulled from the Aliens II movie set. And then you notice you can insert a dollar, and suddenly the machine whirs to life and pipes hot, neon green plasticine into a mold in front of your very eyes as you inahale noxious fumes. Within moments you’re in the possession of a bona-fide neon green submarine, a memento of your visit to the museum that smells strange for days. Be Your Own Souvenir by Barcelona-based blablabLAB is just like that, except a trillion times more awesome. Suspended animation Suspended animation is the slowing of life processes by external means without termination. Breathing, heartbeat, and other involuntary functions may still occur, but they can only be detected by artificial means. Extreme cold can be used to precipitate the slowing of an individual's functions; use of this process has led to the developing science of cryonics. Cryonics is another method of life preservation but it cryopreserves organisms using liquid nitrogen that will preserve the organism until reanimation. Two-celled embryos have been kept in suspended animation for as long as 13 years.[1][2] Placing astronauts in suspended animation has been proposed as one way for an individual to reach the end of an interstellar or intergalactic journey, avoiding the necessity for a gigantic generation ship; occasionally the two concepts have been combined, with generations of "caretakers" supervising a large population of frozen passengers.

The Contentious State of B2B Content Marketing [Infographic] - Marketo Best Practices Blog Our friends over at MarketingProfs and the Content Marketing Institute recently released The State of B2B Content Marketing in North America. It’s a fascinating report revealing insights into how B2B marketers are using content marketing techniques and the biggest challenges they face. The results reveal that B2B marketers are spending more, using more tactics, and distributing their content on more social networks than they have in the past. Another standout from the survey found that 90% of respondents are doing some form of content marketing, but are not necessarily doing it correctly.

Ubuntu (philosophy) Ubuntu (/ʊˈbuːntʊ/ uu-BOON-tuu; Zulu pronunciation: [ùɓúntʼú])[1][2] is a Nguni Bantu term roughly translating to "human kindness."[dubious ] It is an idea from the Southern African region which means literally "human-ness," and is often translated as "humanity toward others," but is often used in a more philosophical sense to mean "the belief in a universal bond of sharing that connects all humanity".[3] In Southern Africa, it has come to be used as a term for a kind of humanist philosophy, ethic or ideology, also known as Ubuntuism or Hunhuism (the latter after the corresponding Shona term) propagated in the Africanization (transition to majority rule) process of these countries during the 1980s and 1990s.

How Google Glass Could Change Advertising It's 2015 and you've just arrived back in New York City from a weekend trip. You're standing in Times Square when it occurs to you that you're hungry. So, literally in the blink of an eye, you call up information about all the nearby restaurants. You realize, however, that you could also use some companionship so you say "friends nearby restaurants." Just then you see that a pal of yours has checked in to Fannelli Cafe in SoHo. 10 Colors That Increase Sales, and Why Marketers and graphic designers have long known that color plays a major role in the success of any marketing campaign. Specific colors tend to stir certain emotions in customers, thus creating brand relevance and motivating purchases. The following lists 10 colors that increase sales, along with the specific emotions they evoke. 1.