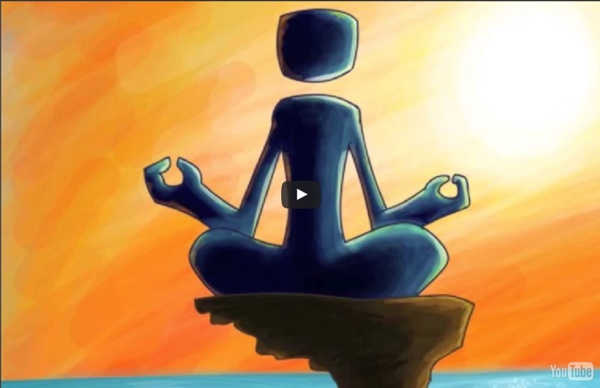 Erowid Harvard Unveils MRI Study Proving Meditation Literally Rebuilds The Brain’s Gray Matter In 8 Weeks Test subjects taking part in an 8-week program of mindfulness meditation showed results that astonished even the most experienced neuroscientists at Harvard University. The study was led by a Harvard-affiliated team of researchers based at Massachusetts General Hospital, and the team’s MRI scans documented for the very first time in medical history how meditation produced massive changes inside the brain’s gray matter. “Although the practice of meditation is associated with a sense of peacefulness and physical relaxation, practitioners have long claimed that meditation also provides cognitive and psychological benefits that persist throughout the day,” says study senior author Sara Lazar of the MGH Psychiatric Neuroimaging Research Program and a Harvard Medical School instructor in psychology. The freshest stories straight to your Inbox By signing up you will also get exclusive updates on FEELguide offers, events, deals, tips, and all sorts of other goodies.

This is What Happens When You Run Water Through a 24hz Sine Wave What!? How is this even possible? Because science, my friends. Brusspup’s (previously) latest video explores what happens when a stream of water is exposed to an audio speaker producing a loud 24hz sine wave. If I understand correctly the camera frame rate has been adjusted to the match the vibration of the air (so, 24fps) thus creating … magic zigzagging water. Run the rubber hose down past the speaker so that the hose touches the speaker. Brusspup did a similar experiment last year where it looked as if the water was flowing in reverse.

7 Best YouTube Guided Meditations - Mindful Muscle In the beginning, I found that guided meditations were appealing. They literally walked me through the meditation. I didn’t have to “do” anything but just sit there and let it happen. This seemed simple enough for a guy like me who can complicate things. After scouring countless meditations, I’ve collected the best guided meditations on YouTube. Each one illustrates different methods and approaches. Blissful Deep Relaxation Guided Meditation I like this guided meditation because it has sounds of ocean waves in the background. This YouTube video is effective for beginners and experienced meditators alike. Guided Sleep Meditation: Delta Waves, Deep Sleep, Inner Peace Even though there aren’t any instructions with this guided meditation, the music and imagery work well. Breathing Guided Imagery Meditation Many meditations tell us to breathe deeply, but what does that mean? I like the way this begins by simply demonstrating what deep breathing means. 10-Minute Meditation for Anxiety Summary

is An odd eeRie canDle Sacred Geometry: Music TheorySince at least the days of Pythagorus we have understood that harmony is dependent on simple numerical ratios of vibration. All cultures seem to have discovered the Octave, the extreme consonance of vibrations in the proportion of 2:1, and most cultures also discovered what we call the ‘fifth’ created by proportions of 3:1. Since no amount of multiplying by 3 will ever produce the exact same number as repeatedly multiplying by 2 once can never produce an Octave purely by a sequence of Fifths. The current western 12 note scale is created by averaging out the small difference between 12 Fifths and its nearest Octave so that each of the Fifths becomes very slightly sharp rather than perfect.

A Buddhist psychoanalyst puts our divided country on the couch This article is previewed from the May 2016 issue of Lion’s Roar. Find it where magazines are sold in April. Psychoanalyst Robert Langan traces the current climate of demonization to the three poisons: greed, aversion, and the ignorance of self-righteous certainty. Illustration by Peter Bagge. In this election year of 2016 you may have decided that the country—if not the world—has gone crazy. Oh dear, what can the matter be? Our country is in the midst of a polarized conflict between hope and fear, with each side’s hope becoming the other side’s fear. Yet demonization of the other only fuels the conflict. Have we come to this, a civil war? How did they avoid class warfare? The causes of uncivil conflict then and now remain the same. The greed can be taking more than I need, perhaps unwittingly and to the detriment of others. The aversion can be not caring, or actively hating and hurting, perhaps reassuring oneself that the ends justify the means.