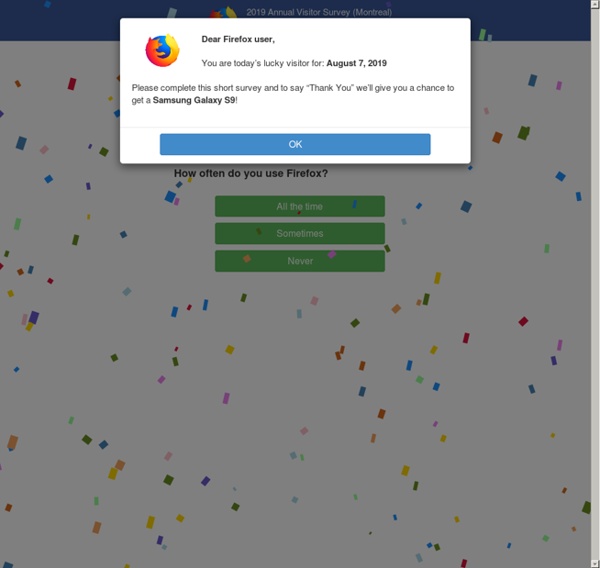 The Public Lending Right Program Registration period: 15 February to 1 May 2015 (postmark as proof) If the deadline date falls on a weekend or statutory holiday, the deadline moves to the next business day. Your completed application and all support material must be postmarked on or before the deadline date. Registrations by e-mail are not accepted. You must fill out a registration form and mail it to the Public Lending Right Program along with the required support material. Registrations received outside of the registration period will NOT be accepted and will be returned to the sender. Taking on Fake News in FYE and Beyond It’s on the news, almost every single day. Fake news is being shared, discussed, and analyzed frequently online and in the classrooms. Studies from Stanford to Pew Research have suggested that this topic has been and will continue to be affecting students and their information consumption and research needs but how can librarians make sense of fake news in the research workflow? The image to the right came from IFLA (International Federation of Associations and Institutions), which counters fake news by providing this simple evaluation chart.

Phil Bradley&#039;s weblog: Alternatives to Ning As you're probably aware, Ning is closing its doors to its free service, and people will have to either migrate their groups elsewhere or start paying. Before looking at that, let's get the important stuff out of the way - what are the alternatives? I've found a few that you might want to consider taking a look at. I should say that I don't use these myself, so they're not personal recommendations. Basic is free, advertising driven. Global Freedom Movement The Art of War is frequently quoted by activists, but many on the Left shy away from actively grappling with the deeper lessons of this ancient text. Written in approximately 544 BC, The Art of War is a timeless treatise on the role of the General as protector of the State. However the principles expressed, and the systematic nature of Sun Tsu’s arguments ultimately constitute a way of thinking, or a state of mind, rather than a literal set of prescriptions such as those of later scholars like Carl Von Clausevitz. It is this almost philosophical approach to the subject that makes it so useful and broadly applicable to almost any protracted conflict, including and especially activism and political struggle.

Frontier living with lipids The completion of stage 1 of the human genome project a bit over 10 years ago marked the beginning, not the end, of an era. It didn’t mean that we can stop hunting for the molecular components involved in biological behavior, or in disease; there’s still plenty to do. But now that we believe we have a handle on a substantial fraction of what’s in the genome, it’s suddenly possible to imagine obtaining similarly comprehensive datasets for all the other components involved in biology. Lots of progress is being made in working down the hierarchy of the “central dogma”, from the information encoded in DNA to making RNA to making protein. After making comes regulating, though, and there we have only made a beginning.

PLR The first distribution was related to remunerations due in respect of FY 2003-2004 and was paid in the summer of 2007. Payments for FY 2005 were determined in April 2008 and distributed during the spring. For those sums collected in respect of 2003-2004 and 2005, provisional payment rules were adopted by the General Assembly of SOFIA on 26 April 2007, which aimed at achieving the quickest possible payment of rights to all authors and publishers involved. To this end, SOFIA asked for the cooperation of publishers so that all authors not belonging to a society of authors could receive that part of the remuneration to which they were entitled in respect of PLR for the corresponding works. SOFIA and the other collective management societies such as ADAGP, SACD, SCAM, and SAIF also assisted in the distribution of sums once their members had authorised them to collect their share.

Alternative Facts and Fake News – Verifiability in the Information Society « Library Policy and Advocacy Blog This week sees the continuation of Wikipedia’s #1lib1ref (One Librarian, One Reference) campaign (highlights from the first week here!). The thematic thread of this week’s activities is fake news, an expression that has been at the tip of people’s tongues lately, along with “alternative facts”. This blog explores the library take on this. The relationship between information and opinion has always been fluid and uncertain.

Why Don&#039;t You Love Flock? A few days ago, the social web browser Flock released version 2.5 of their software, integrating Facebook Chat, improving Twitter functionality, and adding a new broadcasting feature called "Flockcast." As we evaluated the upgrade, a thought occurred to us: this browser should be the epitome of everything we love about the social web and yet the company has seen only moderate success. Flock has been downloaded 7.5 million times but has just 1.1 million active users.

about about noborder.org on the history and the changed role of this website www.noborder.org was launched as the website of the noborder network in 2000. the site was used to publish information about the activities and campaigns of the noborder network and to bundle information on migration related events and developments in europe. main actions have been noborder-camps at the external borders of EU and anti-deportation-campaigns. After 5 years with regular meetings the noborder network as such has been inactive since 2004. but noborder was and is used as a radical label or frame by networks and initiatives, who organised nobordercamps within last years or mobilized for similar actions against the borderregime. the noborder-website cannot claim to represent the manifould noborder-movement, but it will be maintained as an archive about noborder-history on one hand. presentation of the no border network (last changed may 2004)

Designed by iGEM: implemented by nature I’ve been thinking recently about this year’s iGEM Jamboree, which is coming up soon. For those of you who don’t know, iGEM, the international Genetically Engineered Machines competition, challenges undergraduate students and high school students to make useful machines out of biological parts and implement them in living cells. The ideas are always interesting — usually somewhere between creative and wild, actually — and the Jamboree is where the different teams (165 of them this year) share their results, celebrate the new parts they’ve characterized, and generally have a good time. iGEM has turned out to be a major way for students from engineering and the quantitative sciences to get their first taste of biology. iGEMmers are always on the lookout for biological modules that can be re-used for other purposes, and quorum sensing is something of a favorite. The system that produces bacterial gas vesicles that allow bacteria to float also seems to be ripe for re-engineering.