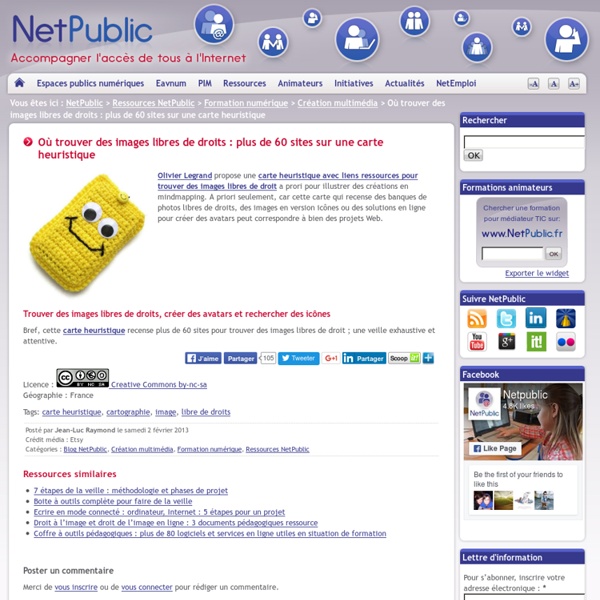 20 best Illustrator tutorials Learn techniques for Adobe Illustrator across vector art, vector graphics, typography, pattern design and more. Adobe's vector design and art tool Illustrator can appear to have a daunting number of tools – tools that Adobe is adding to on a regular basis – but whatever you want to do with it, we have the tutorial for you here. Whether you want to create a stunning illustrations like Alexandra Zutto's owl (above), informative infographics or artful type, check out our list of the top 20 Illustrator tutorials, written by some of the world's leading illustrators and designers. Techniques covered here include faux 3D effects, linework, shading perspective, vintage effects and more. Some of these tutorials are designed to help you learn the new tools in Illustrator CC – and some will work no matter which version of Illustrator you own.

Apps for Autism: Communicating on the iPad For severely autistic people, communication is often impossible, leaving them unable to convey what they want or need. But as Lesley Stahl reports, touch-screen apps designed for tablet computers like the iPad are now giving autistic people new ways to express themselves, some for the first time. Teachers and parents are hailing the technology as a breakthrough, one that can reveal the true depth of knowledge and emotion trapped behind a wall of silence. 700 Free Movies Online: Great Classics, Indies, Noir, Westerns Watch 4,000+ movies free online. Includes classics, indies, film noir, documentaries and other films, created by some of our greatest actors, actresses and directors. The collection is divided into the following categories: Comedy & Drama; Film Noir, Horror & Hitchcock; Westerns (many with John Wayne); Martial Arts Movies; Silent Films; Documentaries, and Animation. Free Comedy & Dramas 125 Korean Feature Films – Free – The Korean Film Archive has put on YouTube over 100 Korean feature films, including Im Kwon-taek’s Sopyonje and Hong Sangsoo’s The Day the Pig Fell Into a Well.

100 amazing Adobe Illustrator tutorials Since its release, Adobe's Illustrator has grown to become the designer's right hand man when it comes to creating premier vector graphics and elements. There's so much you can do with the tool that it can be difficult to know where to start. Check out the best Adobe Illustrator plugins Here, we round up some of the best Adobe Illustrator tutorials, covering everything from illustration to logo design, adding depth to your typography and much more. Promotion The Metropolitan Museum of Art Releases 400,000 Images Online for Non-Commercial Use Kinder in einem Feriendorf / Martin Munkacsi / 1929 Daughters of Jerusalem / Julia Margaret Camero / 1865 Head of Man with Hat and Cigar / Leon Levinstein / 1960

FontAwesomePS - Font Awesome icons right inside Photoshop. Search for an icon and click to create a new layer shape which you can easily edit. That's all you need to do in order to have access to the amazing selection of free Font Awesome icons. Smart Responsive A very advanced and very easy-to-use Adobe Muse widget that allows creating any responsive grids in Muse. 1. Responsive width (just by resizing and moving the widget in the design mode). 2. Responsive and proportionally adjustable height. 3.