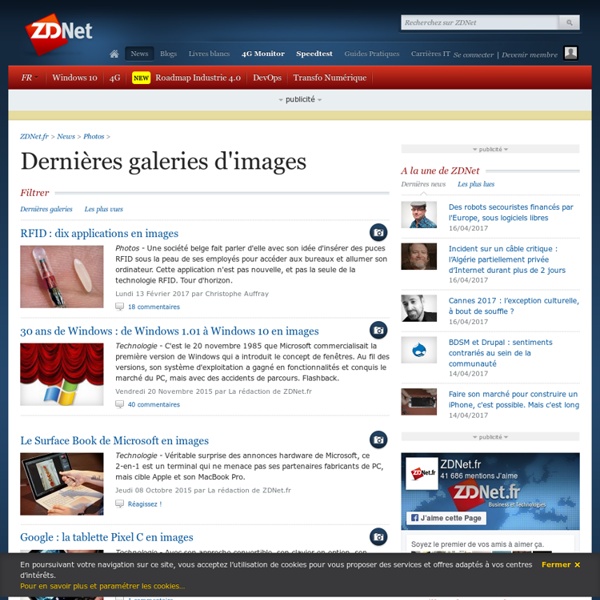 Apollo News offers iPad's first personalised newspaper Two former Bing engineers and an ex-Google News staffer have launched Apollo News, an iPad application that gives users a personalised newspaper with content from around the web, ABC.es reported Friday. The application uses an algorithm that, based on factors like time spent reading articles, favourite sources and content liked on Facebook and Twitter, filters blogs and news sites "to help users discover the best content for them," a TechCrunch report stated. The selected articles are then organised into seven pre-selected categories: Top News, Business, Sports, Entertainment, Lifestyle, Funny and News Videos, the website Appadvice.com noted.

Internet censorship Internet censorship is the control or suppression of what can be accessed, published, or viewed on the Internet. It may be carried out by governments or by private organizations at the behest of government, regulators, or on their own initiative. Individuals and organizations may engage in self-censorship for moral, religious, or business reasons, to conform to societal norms, due to intimidation, or out of fear of legal or other consequences.[1] The extent of Internet censorship varies on a country-to-country basis. While most democratic countries have moderate Internet censorship, other countries go as far as to limit the access of information such as news and suppress discussion among citizens.[1] Internet censorship also occurs in response to or in anticipation of events such as elections, protests, and riots. An example is the increased censorship due to the events of the Arab Spring.

Matthew Buckland Fresh off the plane, I’m on the road with the Travelling Geeks, and the first startup on our schedule is an innovative Paris-based social bookmarking operation, Pearl Trees. Their founder and CEO, Patrice Lamothe, says the site offers users a new way to “curate” or organise their lives on the web. They’ve secured about US$3,5m in funding for what is essentially a type of visual social bookmarking site, offering a relatively unique drag-and-drop interface. The site, which has been in development for about 7-months, relies heavily on Flash. The Financial Times' iPad App Has Made $1.6 Million In Ad Revenue Since May paidContent The Financial Times launched its iPad app back in May. Since then, more than 400,000 subscribers have signed on and it's generated more than 1 million British pounds (or about $1.6 million), in ad revenue, The Guardian reports.

Reporters Sans Frontières Reporters Without Borders marks the World Summit on the Information Society by presenting 15 countries that are “enemies of the Internet” and pointing to a dozen others whose attitude to it is worrying. The 15 “enemies” are the countries that crack down hardest on the Internet, censoring independent news sites and opposition publications, monitoring the Web to stifle dissident voices, and harassing, intimidating and sometimes imprisoning Internet users and bloggers who deviate from the regime’s official line. The “countries to watch” do not have much in common with the "enemies of the Internet." The plight of a Chinese Internet user, who risks prison by mentioning human rights in an online forum, does not compare with the situation of a user in France or the United States. Yet many countries that have so far respected online freedom seem these days to want to control the Internet more.

PearlTrees better than bookmarking for organizing stuff online Since the Web first came online in 1991, it has grown and improved beyond anyone’s predictions. Unlike the gray background, mono-spaced text and ugly graphics on the Web in those early years, today’s Web is rich with video, interactive applications and other useful and distracting goodies. But even after all these years, the way we find, navigate and save content on the Web works pretty much like it always did. Here’s a page with text. iPad Magazines: The Pros & Cons When the iPad was launched earlier this year, one of the big talking points was that the iPad might be the savior of magazines. By now many magazines are available on the iPad, either in their own standalone app or in a virtual magazine store. In this post we look at how magazines are using the iPad, what the user experience is like, and what iPad magazines still need to do to improve. We'll analyze a standalone iPad magazine app (Wired) and a service that offers access to many different magazines (Zinio). Note that we're focusing purely on the user experience of iPad magazines, rather than business matters like profitability or number of downloads. Wired