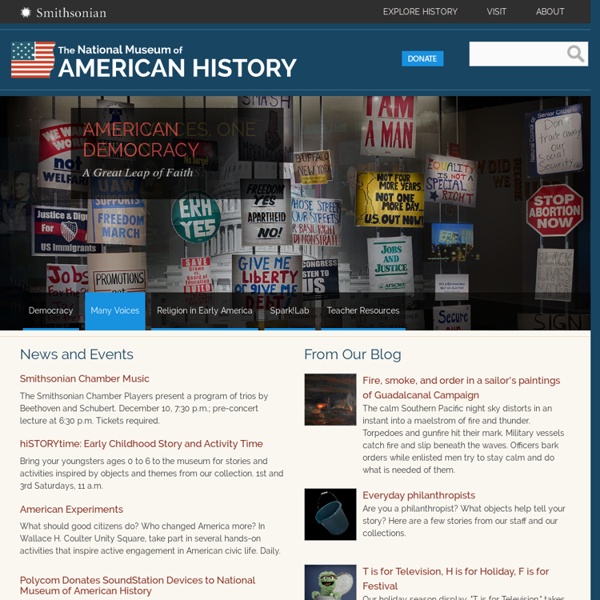 » Treasure Trove of 1960s Movement Photos Available Online and Free to Teachers Zinn Education Project Harvey Richards dedicated much of his life to shining a light on movements for social justice. He filmed and photographed the Mississippi Civil Rights Movement, the early farmworker movement in California, peace protests, GI anti-war activists, and more. As is explained in his biography, “Harvey Richards went to the front lines of social conflict in the early 1960s when the struggles for justice were largely ignored and needed some good press. At first, Richards’ camera would be one of a small number photographing the picket lines. As more media arrived, Richards moved on to the next issue. Making the History of 1989 The Fall of Communism in Eastern Europe IntroductoryEssay Sets the scene for the events of 1989 and explains their significance in world history. PrimarySources Over 300 primary sources, including government documents, images, videos, and artifacts with introductory notes. ScholarInterviews Four scholars focus on the history & events surrounding 1989 through primary sources. TeachingModules Modules provide historical context, strategies, and resources for teaching the history of 1989 with primary sources.

Art Project, powered by Google Loading Explore stories from around the world NASA astronaut from the International Space Station Museu do Amanhã Powerhouse Museum – Museum Of Applied Arts And Sciences There is limited metered street parking near the museum, located on Harris St, Macarthur St and adjacent streets. Discounted parking Powerhouse Museum has discounted parking options with the following providers: Wilson Parking (adjacent to Novotel Sydney Central), 179 Thomas Street, Haymarket Discounted $15 all day parking is available for Powerhouse Museum visitors. To obtain the discount, your parking ticket must be validated at the designated machine located in the Museum shop before returning to the car park.

Making of America aking of America (MoA) is a digital library of primary sources in American social history from the antebellum period through reconstruction. The collection is particularly strong in the subject areas of education, psychology, American history, sociology, religion, and science and technology. The collection currently contains approximately 10,000 books and 50,000 journal articles with 19th century imprints. For more details about the project, see About MoA. Making of America is made possible by a grant from the Andrew W. Mellon Foundation. U.S. and World Maps and Puzzles - Free Maps That Teach Maps that Teach take advantage of the fact that geography is spatial. They also utilize the way kids learn best, by actively participating in their learning; learning by doing. As students assemble the maps, they build a permanent mental picture of their world.

Features comprehensive virtual tours of current exhibits. A timeline maps the history of the United States through artifacts. The “Our Story In History” link leads to information on the museum’s educational programming that includes several interactive activities by nda_librarian Apr 30