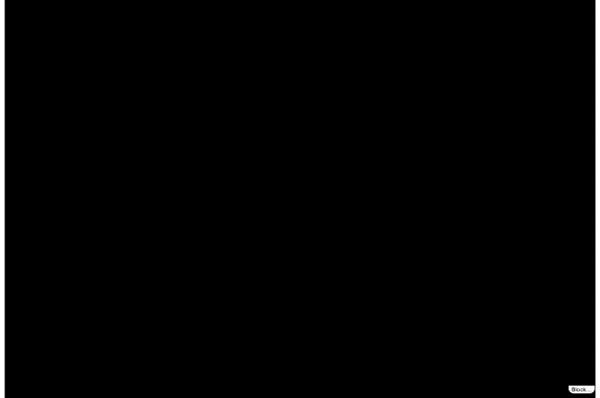 War Art by US Soldiers It is often said that art reflects the experiences of the artist and, if that's the case, I pray that these paintings and drawings are the closest that you ever get to what these artists have seen. The Metropolitan Museum of Art, New York - StumbleUpon The exhibition, organized by The Costume Institute, celebrated the late Alexander McQueen’s extraordinary contributions to fashion. From his Central Saint Martins postgraduate collection of 1992 to his final runway presentation, which took place after his death in February 2010, Mr. McQueen challenged and expanded the understanding of fashion beyond utility to a conceptual expression of culture, politics, and identity.

101 Revolutionary Ways to Be Healthy Do the healthy thing, even when it's challenging, inconvenient or considered weird. Take pride in that. Just because it's popular doesn't mean it's smart or good for you. Enlist fellow trend buckers and create a trend of your own. clean sweep assessment Are you ready to clean up your life? The Clean Sweep Program is a checklist of 100 items which, when completed, give one complete personal freedom. These 100 items are grouped in 4 areas of life with 25 in each group: Physical Environment, Well-being, Money and Relationships. Sculptures Popping Out of Paintings Oh, to have been in Tokyo in June! Shintaro Ohata just finished up a solo exhibition at the Yukari Art Contemprary in Tokyo, Japan. This Hiroshima, Japan-born artist is known for his ability to show us everyday life in a cinematic way. He captures light in his paintings, showering the world, as we know it, with carefully placed strokes of it. "Every ordinary scenery in our daily lives, such as the rising sun, the beauty of a sunset or a glittering road paved with asphalt on a rainy night, becomes something irreplaceable if we think we wouldn’t be able to see them anymore," he told Yukari gallery.

Happy New Year" - StumbleUpon Happy New Year / 30 December, 2009 [click for previous image: let it snow #3] Happy New Year / 30 December, 2009 [click for next image: ringing in the new year] Title • Happy New Year I've spent the last couple of days wondering what to post to close out the year and then came across this entry on momentaryawe.com (run by my good friend Catalin Marin): his twelve favourite shots from 2009, one from each month. So, with credit to Catalin for the idea, here are my twelve favourites for the preceding year. Had I selected images from the year as a whole I suspect that there would be a couple of changes, and I also suspect that some of you would make different choices from each month, but when I looked back through the images I'd posted this year these are the ones that gave me most pleasure to produce.

The Designer Pad - Mapping The&Walls It's not always easy finding great artwork for your walls, especially at prices accessible to everyone. But thanks to Jane Tobitt and David Wardle of design collective Bold and Noble, we can enjoy these fun and ingenious maps made up of typography. It's a way of having a piece of your favorite destination right at home. Besides adorning your walls, all their prints are friendly to the environment. They're all silk screened on 100% recycled paper and shipped on sustainable cardboard tubes. How to Travel Full-Time for $17,000 a Year (or Less!) Wise Bread Picks For the last five years, I've been traveling the world full-time, and for less money than I've ever spent (and I'd wager less money than most people would spend) to live in one place. My worldly possessions fit into one bag (just larger than carry-on size) and a backpack containing my laptop and computer gear.

Wassily Kandinsky Wassily Wassilyevich Kandinsky (/kænˈdɪnski/; Russian: Васи́лий Васи́льевич Канди́нский, Vasiliy Vasil’yevich Kandinskiy, pronounced [vaˈsʲilʲɪj kɐnˈdʲinskʲɪj]; 16 December [O.S. 4 December] 1866 – 13 December 1944) was an influential Russian painter and art theorist. He is credited with painting one of the first purely abstract works. Born in Moscow, Kandinsky spent his childhood in Odessa. He enrolled at the University of Moscow, studying law and economics. Successful in his profession—he was offered a professorship (chair of Roman Law) at the University of Dorpat—Kandinsky began painting studies (life-drawing, sketching and anatomy) at the age of 30. Tom Beddard Grows Fractals Into Works of Art You may not know what fractals are, mathematically speaking, but you know what they look like: tangled, crenelated forms bending and burbling in on themselves into infinity in a geometric, yet weirdly organic way. Generating fractal images is more like exploration than design -- and Tom Beddard explores an entire "fractal planet" in the video below. Beddard completed a PhD in laser physics before moving into web development and design.

Living in My Head & Illusion & The Most Amazing Creations in Art, Photography, Design, and Video. - StumbleUpon These are pen drawings and paintings by Pat Perry. You can view his photography at Flickr. Artwork and photos © Pat Perry Link via Abduzeedo Unique and Gorgeous ways to display Fire - Influential Mom Blogger, Parenting, Community 188.9K Amazing Shares Facebook 21 Pin It Share 310 310 Twitter 57 Google+ 17 StumbleUpon 188.5K Email -- Email to a friend 188.9K Amazing Shares × These incredible ways to display fire in your home or life can only be described as art. They certainly put my fireplace to shame!

One red paperclip The paperclip that Kyle MacDonald traded for a house. The website One red paperclip was created by Canadian blogger Kyle MacDonald, who bartered his way from a single red paperclip to a house in a series of fourteen online trades over the course of a year.[1] MacDonald was inspired by the childhood game Bigger, Better, and the site received a considerable amount of notice for tracking the transactions. "A lot of people have been asking how I've stirred up so much publicity around the project, and my simple answer is: 'I have no idea'", he told the BBC.[2] Trading timeline[edit]