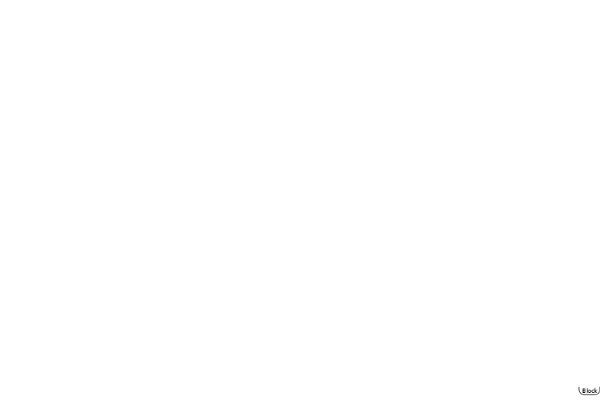 Moodwall / Studio Klink and Urban Alliance Media architecture collective Urban Alliance has recently finished the Moodwall: a 24 meter long interactive light installation in Amsterdam. The Moodwall is situated in a pedestrian tunnel and interacts with people passing by, improving the atmosphere in the tunnel and making people happy and feel less unsafe. The interactive urban wallpaper is built out of about 2500 leds behind a ribbed semi-transparent wall. The curves in the wall make it less suitable for grafitti and improve the visibility of the content for the side. The resolution is horizontally stretched so the images of the screen are better for the side so people are stimulated to watch the screen from outside the tunnel. The Moodwall is a pilot project for a 70 meter long media wall proposal by Urban Alliance (in collaboration with Daan Hartoog) which won a competition for ideas to improve the public space of the social unsafe area of the Amsterdam Bijlmer. Urban Alliance is a collaboration of:

Pulse of the Nation: U.S. Mood Throughout the Day inferred from Twitter Click for high-resolution PDF version (11MB) Video A time-lapse video of the maps, cycled twice, is available below (best viewed at 720p): Mood Variations A number of interesting trends can be observed in the data. Similar variations were discovered independently by Michael Macy and Scott Golder, and first reported in the talk "Answers in Search of a Question" at the New Directions in Text Analysis Conference in May 2010. Weekly Variations Weekly trends can be observed as well, with weekends happier than weekdays. About the Data and Visualization The plots were calculated using over 300 million tweets (Sep 2006 - Aug 2009) collected by MPI-SWS researchers [1], represented as density-preserving cartograms. About Cartograms A cartogram is a map in which the mapping variable (in this case, the number of tweets) is substituted for the true land area. Who We Are We are researchers from Northeastern University and Harvard University, studying the characteristics and dynamics of Twitter. Coverage

Unusual Words Unusual Words A by no means exhaustive list of rare, obscure, strange and sometimes funny words and their meanings that only seem to crop up in crosswords and dictionaries. Words that are used so seldom, you wonder who invented them and why. Home ~ The Stories ~ Diversions ~ Links ~ Contact OECD – Your Better Life Index Average personal index for Germany, men, 15–24 How’s life? There is more to life than the cold numbers of GDP and economic statistics – This Index allows you to compare well-being across countries, based on 11 topics the OECD has identified as essential, in the areas of material living conditions and quality of life. Download executive summary Download the index data Learn more about the index Better Life BlogArchive Happiness pays For World Happiness Day our guest author suggests that money can't buy you happiness but happiness may get you more money. more ... Gender equality in the workplace Over the past twenty years, women have made huge gains in the workplace but full job equality is still far from reality. more ... Education for well-being: Online discussion We know education is an essential component of well-being, so what makes an education that promotes well-being? more ... Visit our blog Blog RSS feed Find Out MoreArchive Mar 19, 2014 Society at a Glance 2014: OECD Social Indicators

Interactive: Mapping the World's Friendships Technology bridges distance and borders. Individuals today can keep in touch with their friends and family in completely new ways — regardless of where they live. We explored these international connections through Facebook and found some trends — some predictable, some wholly unexpected, and some still inexplicable. Who can explain the strong link between the Democratic Republic of Congo, one of the poorest countries in the heart of Africa, and Ecuador? But as we did a little research, some unusual connections become surprisingly clear. Immigration is one of the strongest links that seems to bind these Facebook neighbors, as thousands of people pour over borders or over seas, seeking jobs or fleeing violence, and making new connections and maintaining old friendships along the way. A Stanford graduate in International Relations, Mia Newman's research provided "A Closer Look" at the relationships between countries.

Una web que te ayuda a aprender matemáticas - Sangakoo 14 Photographs That Shatter Your Image of Famous People When you step out the door, you're playing a role. Whether you're a hippie, stock broker, police officer or biker, you dress the way the world expects you to dress, you act the way the world expects you to act. So you can imagine how much more intense this is for celebrities, whose very careers depend on managing a public image down to the molecule. But even they can't keep the occasional image-shattering photo from leaking out to the public ... #14. Via Biography.com There are two kinds of people in the world: those who, when seeing this photo, immediately hear "Werewolves of London" in their heads, and those who do not. And no, this isn't one of those photo ops where a public figure poses with a prop to look like regular folk. Which is amazing, considering that a man who would attempt a shot like that in the middle of a match is probably something of a sore winner. #13. Via Hawking.org.uk On one hand, none of us probably thought that Stephen Hawking was born in a wheelchair. #12. #11.

Mapa uczuć Głównego Miasta Użytkownicy czytników ekranu: kliknij tutaj, aby wyświetlić wersję HTML. Nowość! Przeciągaj i upuszczaj aplikacje, by zmienić ich kolejność. Zaloguj się i wypróbuj. WięcejJeszcze więcej od Google Zaloguj 20 m 100 stóp Satelita Natężenie ruchu Zdjęcia Pogoda Trasy rowerowe Mapa uczuć Głównego Miasta Zakończ Edycja w Kreatorze Map Google Dane do Mapy ©2014 Google - Data Visualization: Photo-Sharing Explosions This is a series of videos that visualizes a single piece of content being shared between hundreds of thousands of individuals on Facebook. We've tried to capture the frenetic energy surrounding three of the most shared images, all of which were photos published on George Takei's Page. Each visualization is made up of a series of branches starting from a single person. As the branch grows, re-shares split off on their own arcs, sometimes spawning a new generation of re-shares, sometimes exploding in a short-lived burst of activity. The two different colors show gender, and each successive generation becomes more and more white as time goes by. Here are the three images from George Takei featured in the videos: Marvin the Martian Ab Fab London Famous Failures The data used for these visualizations spans a three-month period from July to September and is composed of shares originating from news feed.

Graphic Design | Visual Communication | Visual Identity | Publication Design Identity GNP+ is the global network for and by people living with HIV. As a network of networks they are driven by the needs of people living with HIV worldwide. New Prevention Technologies (NPT) is a division of GNP+ that supports research and development of any health related technology, drug resistance, testing and access as well as other ethical issues. Concerning the identity, every prevention technologies has been visually translated into different stroke styles and become the foundation for this identity.