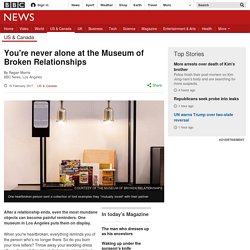 One museum in Los Angeles puts them on display. When you're heartbroken, everything reminds you of the person who's no longer there. So do you burn your love letters? Throw away your wedding dress after a divorce? At the Museum of Broken Relationships in Hollywood, everyday stuff is exhibited as art along with each object's story of betrayal or loss. One woman from San Francisco crammed her wedding dress into a pickle jar after her husband of five years left her. "I hate throwing perfectly functional items in landfills but would hate to see someone walking around in my once beautiful but now sadness-infused dress," the woman wrote on a card now on display next to the jar. The jar was used mainly for space, she wrote, but "any sort of appropriate pickle metaphors can also be invoked". 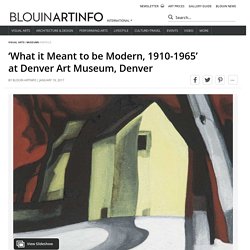 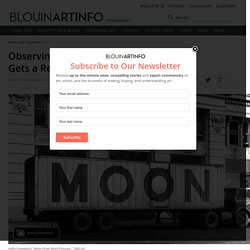 Probable spaghetti sauce stains on verso.” This is at once an incongruous thing to read in an exhibition checklist and a fitting footnote to the life of the artist to whose work it is appended, the pioneering photographer and video artist Hollis Frampton. The Horrifying Necropants Of Iceland. Robert Mapplethorpe Children's Museum Celebrates Grand Opening. QUEENS, NY—The Robert Mapplethorpe Children’s Museum officially opened its doors to the public Tuesday, drawing over 1,000 visitors with its interactive exhibits and youth-oriented activities aimed at making the photographer’s signature nude, explicit art more fun and accessible for younger generations. 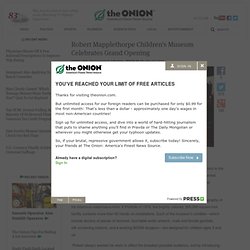 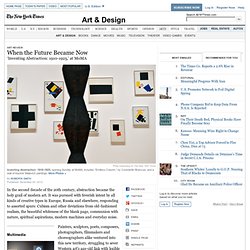 It’s large enough to get lost in, but intimate enough for close art encounters. Thomas Hart Benton’s ‘America Today’ Mural Goes to Met. Eight decades later, “America Today,” now considered one of the most important and famous examples of American scene painting, is languishing in storage. That will change, however, because AXA Equitable, the insurance company that bought it nearly 30 years ago, has decided to donate it to the Metropolitan Museum of Art. “The Met is really the perfect home for it,” said Mark Pearson, AXA’s chairman and chief executive, in a telephone interview. The Perot Museum of Nature and Science in Dallas. And does that cube seem to rest on an undulating acre of raised landscape planted with native Texas grasses because it is at home in that pastoral setting, or is the whole thing a map of eruption and cataclysm? 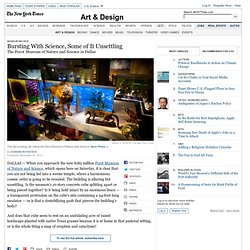 As seen from above, that rooflike plinth seems to ripple with promise, yet, from below, it can seem strewed with the sedimentary wreckage of the local skyline. The building is solemn with its robust abstractions and playful with its curves and striations. The architect Thom Mayne and his firm Morphosis Architects have created a structure that seems to be a manifestation of unseen forces, perhaps even reflecting processes not yet fully understood. You can stand inside a tent made of high-resolution video screens to tour the planets and then walk through a history of cosmology. Matisse Exhibition at the Metropolitan Museum of Art. From Left: Metropolitan Museum of Art, New York, Jacques and Natasha Gelman Collection, 2012 Succession H. 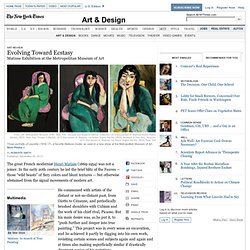 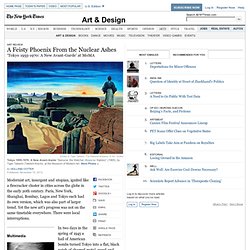 More Photos » Should we keep the Vikings’ stolen goods? Made in Scotland or Ireland toward the end of the eighth century, the original purpose of Ranvaik’s chest had been to house the bones of a Christian saint. 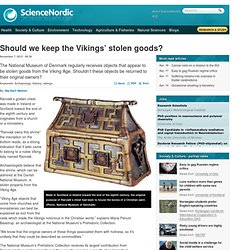 (Photo: National Museum of Denmark) Ranvaik’s golden chest was made in Ireland or Scotland toward the end of the eighth century and originates from a church or a monastery. "Ranvaik owns this shrine" the inscription on the bottom reads, as a strong indication that it later came to belong to a noble Viking lady named Ranvaik. Archaeologists believe that the shrine, which can be admired at the Danish National Museum, is stolen property from the Viking Age. ”Viking Age objects that come from churches and monasteries can best be explained as loot from the raids which made the Vikings notorious in the Christian world,” explains Maria Panum Baastrup, an archaeologist at the National Museum’s Prehistoric Collection.

Vikings robbed and traded. The Formation of the Japanese Print Collection at the Art Institute: Frank Lloyd Wright and the Prairie School. Gorgeous Cave Paintings and Sculptures from Tens of Thousands of Years Ago. Ai Weiwei Survey in Washington. Brendan Hoffman for The New York Times A detail of “He Xie,” an installation of ceramic crabs at the Hirshhorn Museum that refers to a dinner celebrating Ai Weiwei’s studio shortly before its razing by the Chinese government. 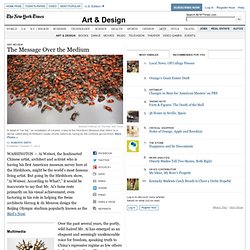 More Photos » Over the past several years, the portly, wild-haired Mr. Ai has emerged as an eloquent and seemingly unsilenceable voice for freedom, speaking truth to China’s repressive regime as few others in that country have. His most significant contribution to history, already noted by other art critics, may be the scathingly critical blog that he maintained from 2006 until 2009, when the Chinese authorities shut it down. Mr. In 2009 he was beaten by the Chinese police. Art.sy - Discover fine art. Shannon Taggart Documents Vodou In The Basements of New York City.

New York photographer Shannon Taggart gives us a first hand look into the haitian religion of Vodou being practiced in the basements of New York City. (via) “Taggart’s project began when she met a Mambo, or female Vodou priest, named Rose Marie Pierre, who runs a temple in the basement of a nondescript storefront in the working class neighborhood of Flatbush. It was here that Taggart made these images of priests and laymen undergoing possession by the Loa—powerful spirits that act as intermediaries between humankind and Vodou’s distant god, Bondye. Most Loa are benign, some are malevolent, but every spirit has a distinct personality, role in the world and set of demands and services. In their different ways, practitioners believe, these spirits determine our fate and must be consulted and appeased. Beckoning the Loa requires elaborate preparations unique to the particular spirit desired.

Met Show Recalls Bashford Dean, Armor Curator. Photographs from the Metropolitan Museum of Art Bashford Dean and the Creation of the Arms and Armor Department From left, Japanese armor of the Gusoku type, 19th century, in the Met’s Arthur Ochs Sulzberger Gallery; and in Gallery 371, field armor made for King Henry VIII, around 1544; and Emperor Ferdinand I’s armor, from 1549. More Photos » Algorithm turns computers into art experts. An algorithm created by researchers at Lawrence Technological University in Michigan can make precise classifications of paintings using pattern recognition and statistical methods (Photo: Tupangato/Shutterstock ) Image Gallery (2 images) Making broad differentiations between modern and classic paintings can be fairly easy for the untrained eye, but telling the difference between an Impressionist and a Post-Impressionist painting may require a certain knowledge of art history.

Well, it ain’t necessarily so when it comes to computers. An algorithm created and tested by computer scientists Lior Shamir and Jane Tarakhovsky, of Lawrence Technological University in Michigan has produced surprisingly accurate and expert results in art analysis. The experiment was performed on approximately 1,000 paintings by celebrated artists. The algorithm succeeded in producing a network of similarities between painters that was largely consistent with the analysis that an art history expert would make.

Rimpa Painters at Japan Society and the Met. ‘Toxic Beauty - The Art of Frank Moore’ at N.Y.U. Inside the Reykjavik Art Museum.