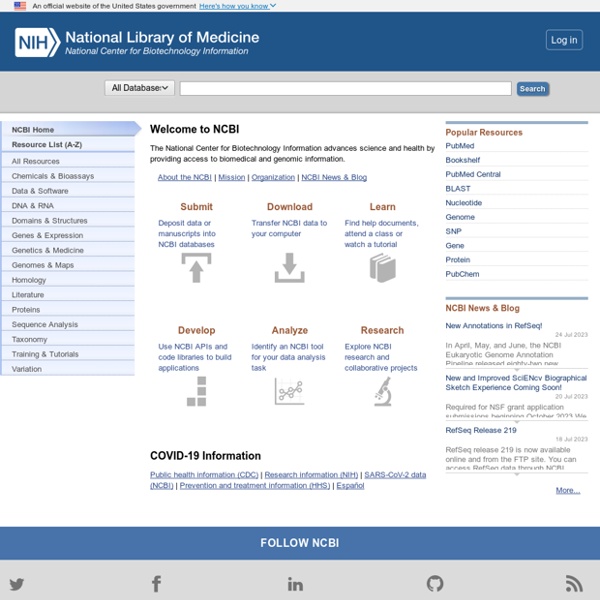 Use templates Templates make getting straight to work easier. Simply apply a template to a new note and you can begin adding content right away. Evernote features over 50 templates to help you save time and effort. Some of these include: Meeting Agenda for work groups Travel Calendar for trip planning Project Overview for tracking milestones Sperm: 15 Crazy Things You Should Know - Sperm: 15 crazy things you should know - Pictures When it comes to sperm, people always seem to have an agenda. Some want to kill sperm cells. Some want to buy or sell them. Some fret over their failure to get the job done.

Lasers etch a 'perfect' solar energy absorber The University of Rochester research lab that recently used lasers to create unsinkable metallic structures has now demonstrated how the same technology could be used to create highly efficient solar power generators. In a paper in Light: Science & Applications, the lab of Chunlei Guo, professor of optics also affiliated with Physics and the Material Sciences Program, describes using powerful femto-second laser pulses to etch metal surfaces with nanoscale structures that selectively absorb light only at the solar wavelengths, but not elsewhere. A regular metal surface is shiny and highly reflective. Years ago, the Guo lab developed a black metal technology that turned shiny metals pitch black. "But to make a perfect solar absorber," Guo says, "We need more than a black metal and the result is this selective absorber." "This will be useful for any thermal solar energy absorber or harvesting device," particularly in places with abundant sunlight, he adds.

Richard Felder: Resources in Science and Engineering Education Richard Felder's Home Page Richard M. Felder Consensus in Science If it’s consensus, it isn’t science. If it’s science, it isn’t consensus.Michael Crichton I recently read the quote above by Michael Crichton — and it pretty much sums up my opinion of consensus in science. Soaking Almonds: Benefits, Steps, and More Almonds are a popular snack that’s rich in many nutrients, including fiber and healthy fats (). They’re also an excellent source of vitamin E, which protects your cells from damage (). While many people enjoy them raw or roasted, you may wonder why others prefer to soak them before eating.

Index of Learning Styles The Index of Learning Styles is an on-line survey instrument used to assess preferences on four dimensions (active/reflective, sensing/intuitive, visual/verbal, and sequential/global) of a learning style model formulated by Richard M. Felder and Linda K. Silverman. Why everybody laughs at Williamson, Lynn Margulis’ “best friend” by Piter Kehoma Boll Leia em português What would you think if someone came to you and said that your pet snail accidentally got pregnant and you’re the father? Or if you went to the doctor and he said to you “congratulations, you’re pregnant and the father is a sea urchin”. Of course you’d be proud, dontcha? Well, if you think that’s a ridiculous nonsense, you’re quite right.

How To Add GPX Files To Google Maps Google Maps’ map data format of choice is KML, but they do support many other formats including GPX. GPX, also commonly referred to as GPS eXchange format, is an open standard XML type that contains Global Positioning System (GPS) coordinates on top of additional map data. The format has seen increased growth and is used by many manufacturers as their preferred native format no matter the device.

Facts About Dihydrogen Monoxide Dihydrogen Monoxide (DHMO) is a colorless and odorless chemical compound, also referred to by some as Dihydrogen Oxide, Hydrogen Hydroxide, Hydronium Hydroxide, or simply Hydric acid. Its basis is the highly reactive hydroxyl radical, a species shown to mutate DNA, denature proteins, disrupt cell membranes, and chemically alter critical neurotransmitters. The atomic components of DHMO are found in a number of caustic, explosive and poisonous compounds such as Sulfuric Acid, Nitroglycerine and Ethyl Alcohol. For more detailed information, including precautions, disposal procedures and storage requirements, refer to one of the Material Safety Data Sheets (MSDS) available for DHMO:

The National Center for Biotechnology Information advances science and health by providing access to biomedical and genomic information. by nda_librarian Apr 30