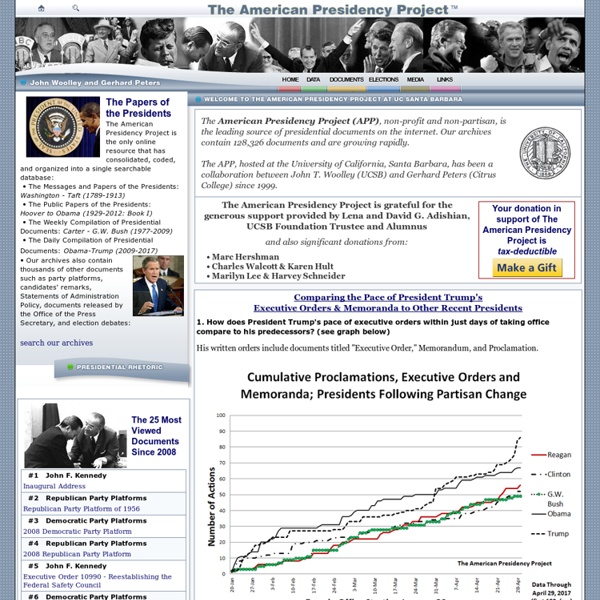 Prudent Change: Romney promises hope for recovery The tone of the 2012 campaign might best be captured by the need to begin with an emphasis on what the Republican candidate will not do. Mitt Romney will not raise taxes on the middle class. He will not destroy Medicare. And he will not lie to the American people every time he opens his mouth. Political campaigns exaggerate grossly, play loose with the facts and cast the opposition in the worst light imaginable. His offense is intended to distract from policies that have led to nearly four years of economic stagnation, stubbornly high unemployment, collapsing middle-class incomes, increasing rates of poverty, rising prices for life's most basic necessities — and shrinking American influence around the globe. The Obama campaign has chosen a novel approach, claiming, in essence, that the Republican nominee means nothing that he says, except when it serves the needs of the incumbent. He promises to: These statements of principle are sound and strike an important contrast with Obama.

A Look Back ... Remembering the Cuban Missile Crisis The Cuban Missile Crisis began on Oct. 16, 1962 -- the first of the "Thirteen Days of October." On that day, President John F. Kennedy was informed that a U-2 mission flown over western Cuba two days before had taken photographs of Soviet nuclear missile sites. The event was a watershed for the Intelligence Community (IC) and the Central Intelligence Agency (CIA), in particular. It demonstrated that the technological collection capabilities so painstakingly constructed to monitor the Soviet Union had matured to give the IC an unmatched ability to provide policymakers with sophisticated warning and situational awareness. Rumors of Nuclear Missile Deployment in Cuba After the Soviet Union began supplying Cuba with conventional arms during the summer of 1960, rumors about a nuclear missile deployment on the island began emanating from Miami's Cuban émigré community. Buildup The U-2: High-level Aerial Reconnaissance Managing the Crisis

Why I’m voting for Romney Each time I mention that I voted for Barack Obama in 2008, I get a blast from some who didn’t. “How could you be so dumb?” is a typical response to my confession. It is certainly a confession — of error. To understand why I’m switching, it helps to understand why I backed Obama four years ago. My choice involved a simple calculation. The war on terror was falling out of favor, despite the continuing threat. When the financial crisis hit, McCain stumbled. McCain, a genuine American hero, often revealed his maverick streak, his choice of Sarah Palin being Exhibit A. McCain was my real problem. Obama’s soaring rhetoric enticed me at first, and I agreed that a restoration of the Clinton presidency would be a bad idea. Where he totally fooled me was his claim to be a pragmatist, not an ideologue. He failed as president because he is incompetent, dishonest and not interested in the actual work of governing. I don’t hate him. Which brings us to Romney. Finally, there is temperament.

The Des Moines Register endorsement: Mitt Romney offers a fresh economic vision | The Des Moines Register | desmoinesregister.com Ten months ago this newspaper endorsed former Massachusetts Gov. Mitt Romney for the Republican nomination for president. An overarching consideration was which of the party’s candidates could we see occupying the White House, and there was no question that Romney was qualified for the job. Now, in the closing days of the general election campaign, the question is which of the two contenders deserves to be the next president of the United States. Both President Barack Obama and Governor Romney are superbly qualified. American voters are deeply divided about this race. Which candidate could forge the compromises in Congress to achieve these goals? The former governor and business executive has a strong record of achievement in both the private and the public sectors. Romney has made rebuilding the economy his No. 1 campaign priority — and rightly so. The nation has struggled to recover from recession for the past 40 months. That should come with Mitt Romney in the White House.

Enquirer presidential endorsement: Mitt Romney The No.1 issue in our region and our nation today is how to recharge our economy and get more people working in good-paying jobs. President Barack Obama has had four years to overcome the job losses of the Great Recession he inherited, but the recovery has been too slow and too weak. It's time for new leadership from Mitt Romney, a governor and business leader with a record of solving problems. Obama took office in January 2009 as the nation's economy was imploding. Four years later, though, we're still at risk of backpedaling into another recession, the housing market is still suffering and we have a sense of drift, not of common purpose. Romney's experience as a chief executive, business leader and governor position him to be the best candidate to lead us into a new era of streamlined but effective government with a renewed focus on maintaining America as the world's leading economy. The best indicator of how Romney would lead is his record as governor.

George Will: Obama’s empty, strident campaign Energetic in body but indolent in mind, Barack Obama in his frenetic campaigning for a second term is promising to replicate his first term, although simply apologizing would be appropriate. His long campaign’s bilious tone — scurrilities about Mitt Romney as a monster of, at best, callous indifference; adolescent japes about “Romnesia” — is discordant coming from someone who has favorably compared his achievements to those of “any president” since Lincoln, with the “possible” exceptions of Lincoln, LBJ and FDR. Obama’s oceanic self-esteem — no deficit there — may explain why he seems to smolder with resentment that he must actually ask for a second term. Speaking of apologies, Syracuse University’s law school should issue one for having graduated Joe Biden. Two economic themes of Obama’s campaign have been that outsourcing jobs is sinful and that he saved GM, which assembles 70 percent of its vehicles on lines outside America. All politicians are to some extent salesmen.

Obama, Explained - James Fallows As Barack Obama contends for a second term in office, two conflicting narratives of his presidency have emerged. Is he a skillful political player and policy visionary—a chess master who always sees several moves ahead of his opponents (and of the punditocracy)? Or is he politically clumsy and out of his depth—a pawn overwhelmed by events, at the mercy of a second-rate staff and of the Republicans? Here, a longtime analyst of the presidency takes the measure of our 44th president, with a view to history. Carolyn Kaster/Associated Press/Corbis Images In the late 1990s, when his fellow University of Chicago professor Barack Obama had just run for the Illinois State Senate and long before a newly inaugurated President Obama named him to his Council of Economic Advisers, the economist Austan Goolsbee was on the most terrifying airplane trip of his life. One jolt of turbulence was so strong that a flight attendant, not yet strapped in, hit her head on the airplane’s ceiling.

Republicans should balance principle and results For the Republican Party faithful, turning things around will require exorcising our tendency over the past several years to divide the electorate and narrow party membership. Remember when there were Reagan Republicans and Reagan Democrats? Perhaps we could try out a new tag line: The new Republican Party — putting the best of Lincoln, Eisenhower and Reagan to work for America. Republican reformers will earn crossover appeal by developing ideas for fiscal discipline, right-sized government, entitlement reform and business friendliness. They should also show support for such values as personal accountability, meritocracy, equality of opportunity and national pride. And while new Republicans will oppose unelected judges making social policy, the party must acknowledge the body politic’s right to choose whether it wants to consider marriage as a union of only one man and one woman, or otherwise. Economics, of course, was the dominant issue cited by voters.

Michael Gerson: Renewing the Republican Party As a matter of strategy, it is generally not a good idea to express disdain for an electorate one hopes to eventually influence. In this case, despair is also an overreaction. Conservatives have not witnessed the sacking of Rome. They have seen the disappointment of their expectation that the 2010 Republican wave election was an inexorable trend. These changes call for another, more hopeful conservative tradition: that of Edmund Burke. This is the conservative task over the next few years: not to preserve a rigid ideology but to reconstruct a political appeal along improved but principled lines. Some of the most important intellectual groundwork is needed on the role of government. Neither a vague, pro-business orientation nor tea party ideology speaks to these Americans — except perhaps to alienate them. Conservatives also face challenges on issues of national identity. The alternative is a vision of American identity preserved by the assimilating power of American ideals.

What voters want: A prez who cares Conservatives and Republicans should have two takeaways from Tuesday’s election. First, they may comprise the single largest faction in American politics, but they do not comprise a clear majority. Second, if they want to gain a majority, they need to listen to people who rejected them to find out why. The conservative and Republican challenge can be summed up in one question from the exit polls. The pollsters asked voters which of four characteristics they most wanted to see in their president. Romney lost because he lost among those who chose the remaining characteristic — by 63 points, 81-18. The entire Obama campaign was designed to tell swing voters that Romney and the Republicans did not care about them. In 2010, the Canadian Conservative party destroyed the Liberal Party, which had dominated politics for 80 years, by tarring its leader as out of touch. Democrats ran an equally brutal and succinct campaign against Romney and the Republicans: They aren’t running for you.