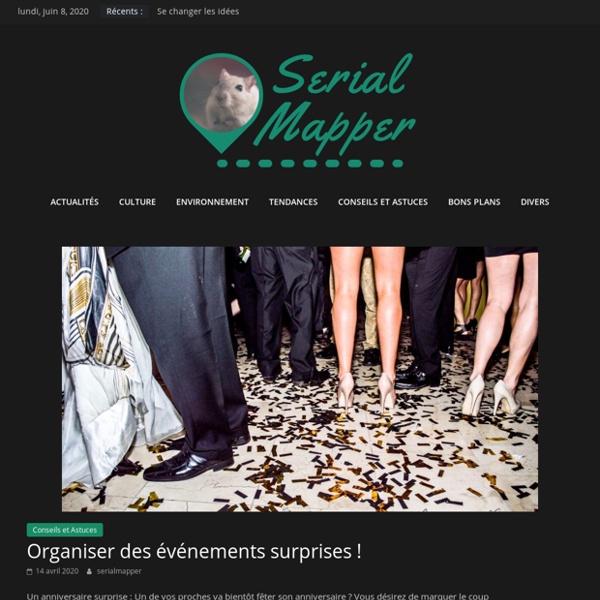 I Wish This Was 2010New Orleans, LA Interactive public art project that invites residents to share their hopes for vacant buildings. Chang placed boxes of free stickers in businesses around the city and posted thousands of stickers on vacant buildings across New Orleans, so anyone walking by could fill one out. The stickers are vinyl and can be easily removed without damaging property. Download - FreeMind - free mind mapping software From FreeMind The latest stable release of FreeMind is 1.0.0. Downloading and installation instructions are given below. Installing FreeMind FreeMind is written in Java, so it will run on almost any system with a Java runtime environment. In order to make things easier for you, we've prepared installers for the most common desktop environments: Windows, Linux and Macintosh OS X.

Introduction to WikIT WikIT is here to help in taming the torrent of information that knowledge workers have to deal with daily. It's for individuals, small businesses and even large enterprises. User comments suggest that we may be getting something right: "Oh!Wow! The New Cartographers: The rise of mapping & augmented intelligence Every year the Cartography and Geographic Information Society holds a competition – the equivalent of the Academy Awards for maps — for the best map of the United States. While it’s often won by one of the major players in the mapping world, like the US Census bureau, in 2010 it was won by a one-man shop run by David Imus of Eugene Oregon. Imus’s map differed not just in the scale of operation, but in the very way he went about constructing it. Traditional map-makers make use of algorithms to position labels, size towns and arrange points of interest, and they farm out the rest of the work to teams in India to manually fill in. While Imus’ map was constructed on a computer it didn’t use algorithms, leading to Imus toiling 6,000 hours, 7 days a week, for two years, obsessing over font types, state boundary colors and things like what symbol to use for airports.

Till Nagel – TileMill for Processing This tutorial describes how to create beautiful custom maps, and use them in a Processing sketch. We are going to use TileMill to style our maps, export it, and load the rendered map tiles into PImages. There are two ways of doing that. Basic A single image as static map. If you simply need a geographical background, or want to put some data onto a fixed map, this is the easy way to go. Pantone Colour of the Year 2016 announced - what colour will you be painting your walls next year? Every year, Pantone, the global authority on colour, chooses a new colour shade that will influence interior design, fashion and beauty. As THE major forecaster of colour trends and major trend influencer the announcement is anticipated eagerly by people across the world who love design and, of course, colour. This year's colour is: ROSE QUARTZ & SERENITY pantone.com For the first time ever, Pantone has chosen to blend two colours as its colour of the year - it explains:

PersonalBrain Know more. Map your mind. There's a lot of connections in your head, but unfortunately sometimes they don't last. With TheBrain, your digital Brain captures all that intelligence for playback just when you need it. Find anything. With TheBrain you're never more than a few seconds away from any piece of digital information.

let's focus Export - Mapping Tools Radar visual literacy.pos Version 2.6. A simple and versatile visual brainstorming software supporting a variety of visual templates and methods (incl. mind mapping). www.mind-pad.com The Headcase Mind Mapper is a reasonably priced mind mapping program that - according to some reviews- is still quite buggy. www.nobox.de A comprehensive, high-quality mapping suite enabling concept and mind maps, as well as a variety of other formats, such as network diagrams or technical drawings.

Creating Concept Maps A concept map is a picture of our understanding of something. It is a diagram illustrating how sets of concepts are related. Concept maps are made up of webs of terms (nodes) related by verbs (links) to other terms (nodes). web cartography Introduction In October 2000 I received a Master of Arts degree in Human Geography from Utrecht University. As my major was in the field of Cartography and I have a strong interest in GIS and the Internet, my thesis covers the overlap between these three areas: Is current commercially available WebGIS software adequate to generate web maps for webmapping applications that facilitate the visual use of geospatial data sets across the World Wide Web? With the digital revolution in cartography during the 1980s, geo-processing became separated from geospatial database creation and -management.