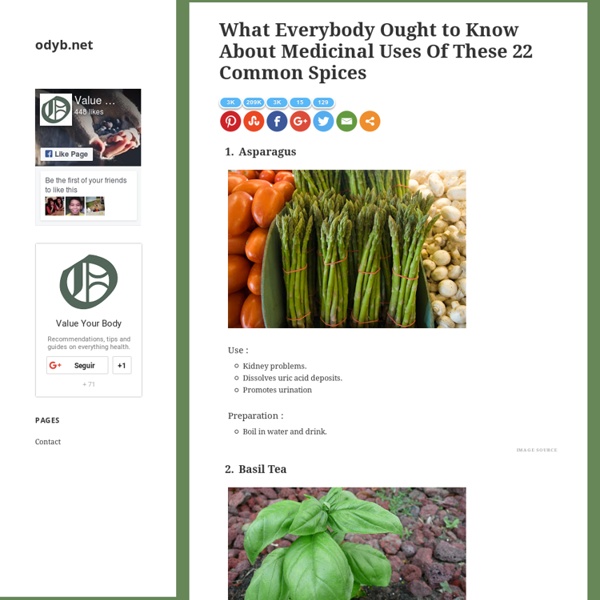 Banksy’s Street Art Banksy is an England-based graffiti artist. His satirical street art and subversive epigrams combine irreverent dark humor with graffiti done in a distinctive stenciling technique. Such artistic works of political and social commentary have been featured on streets, walls, and bridges of cities throughout the world. (source) This entry was posted on Sunday, September 4th, 2011 at 10:59:44 AM and is filed under BLOG English, BLOG Japanese . Turmeric Extract Puts Drugs For Knee Osteoarthritis To Shame Sayer Ji, ContributorActivist Post Millions take non-steroidal anti-inflammatory drugs (NSAIDs) daily for arthritis and related inflammatory conditions, but are completely unaware that far safer, and at least as effective, natural alternative already exist -- and are as easily accessible and inexpensive as the spices found in your kitchen cupboard. Human research on the health benefits of turmeric is sparse, mainly due to the lack of capital available to fund expensive clinical trials.

Health Benefits Of Parsley, One of Nature's Top Antioxidant Foods Parsley has much more use than just being a decorative garnish on your plate. Parsley is actually a storehouse of nutrients that features a delicious green and vibrant taste. The health benefits of parsley come from two components — its volatile oils and antioxidants called flavonoids. It's a little-known fact that herbs (and spices) such as parsley have far greater concentrations of antioxidants than any common fruit or vegetable source. Herbs also contain a particularly wide variety of antioxidants as well, making them one of the top antioxidant foods around.

Tree Hugging Now Scientifically Validated Die hard conservatives love to disparage liberals as tree huggers, but it has been recently scientifically validated that hugging trees is actually good for you. Research has shown that you don’t even have to touch a tree to get better, you just need to be within its vicinity has a beneficial effect. In a recently published book, Blinded by Science, the author Matthew Silverstone, proves scientifically that trees do in fact improve many health issues such as Attention Deficit Hyperactivity Disorder (ADHD), concentration levels, reaction times, depression and other forms of mental illness. He even points to research indicating a tree’s ability to alleviate headaches in humans seeking relief by communing with trees. The author points to a number of studies that have shown that children show significant psychological and physiological improvement in terms of their health and well being when they interact with plants and trees.

Nettle is a natural remedy for arthritis and infections Mon. Nov. 11, 2013 by Karen Sanders, staff writer (NaturalHealth365) At first glance, there’s nothing remarkable about the stinging nettle. With its dull-green, notched leaves and small, nondescript flowers, it appears to be the most ordinary of plants. However, merely touching nettle leaves can become a ‘memorable’ experience due to its intense stinging sensation on unprotected skin. 80+ Beautiful Street Crimes done by BANKSY Asked about his technique, Banksy said: “I use whatever it takes. Sometimes that just means drawing a moustache on a girl’s face on some billboard, sometimes that means sweating for days over an intricate drawing. Efficiency is the key.” Oh, wait! Maybe we should start by explaining who the heck is Banksy first of all?

Can Ginger & Water Beat Out The Multi-Billion Dollar Acid Blockers? Did you know that the multi-billion drug category known as “acid blockers,” despite being used by millions around the world daily, may not work as well as the humble ginger plant in relieving symptoms of indigestion and heartburn? Ginger is a spice, a food, and has been used as a medicine safely for millennia by a wide range of world cultures. Research on the health benefits of ginger is simply staggering in its depth and breadth. In fact, the health benefits of ginger have been studied extensively for over 100 health conditions or symptoms, making it one of the world’s most versatile, evidence-based remedies. The biomedical literature on acid blockers, on the other hand, is rife with examples of the many adverse health effects that come with blocking stomach acid production with xenobiotic, patented drugs, i.e.proton pump inhibitors and H2 antagonists.

27 Medicinal Plants Worth Your Garden Space Playful as kids are, accidents happen. And the accident that befallen me at 7 years old was the feeling of the hot exhaust pipe of a motorcycle kissing the skin of my leg. Grandma was around and saw it. Immediately, she took out a knife and slice the thick lower part of the aloe vera plant by the garden and rubbed the exposed end on the burn. Looking back, I realized that it was important to have medicinal plants around the house cause you never know when you might need them.

The Secret Link: Radiant Skin & Immunity One’s immunity for winter starts many months prior, in the spring and summer. According to Ayurveda, this is accomplished quite effortlessly by eating in line with each seasonal harvest. In short, nature’s prescription for optimal health, longevity and immunity starts right now, so don’t miss out! Soursop Fruit 100 Fold Stronger At Killing Cancer Than Chemotherapy The Soursop is a flowering, evergreen tree native to tropical regions of the world. It also contains a long, prickly green fruit which happens to kill cancer up to 10,000 times more effectively than strong chemotherapy drugs, all without the nasty side effects and without harming healthy cells. The fruit's extracts from Annona muricata tree selectively inhibit the growth of human breast cancer cells. According to Cancer Research UK, Annona muricata is an active principle in an herbal remedy marketed under the brand name Triamazon. The licensing for this product in the UK is not accepted due to its enormous healing effects on the body and potential loss of profits for competing pharmaceutical cancer drugs.

One Glassy Garden: Growing Herbs in Mason Jars Forget the usual terracotta and (ugh!) plastic pots for container gardening. When you grow herbs in mason jars, you can have garden fresh ingredients on hand and also add some style to a sunny windowsill. Picture a row of mason jars filled with different herbs—basil, chives, parsley, cilantro, thyme, rosemary—dressing up your kitchen. 20 Uses for Garlic Pungent and powerful, garlic has dozens of health and household uses. Chew up a raw clove of garlic and you might exhale noxious, eye-watering clouds of stink all day, but you’ll also repel mosquitoes (and vampires), increase your immunity, heal cold sores, expel parasites and maybe even get in the mood. Garlic is a broad-spectrum antibiotic, killing bacteria, fungus, viruses and mold, so it’s an important ally for natural health. Check out these 20 unusual and sometimes strange alternative uses for garlic.Acne Slice open a clove of raw, fresh garlic and apply it to breakouts as a home remedy for acne.

Amazing Moringa: Medicinal, Edible and Easy to Grow By Ansel Oommen Guest Writer for Wake Up World The Moringa Tree, also known as the Drumstick tree is nearly entirely edible. It has many medicinal applications, can grow with little water, has multiple times the amount of nutrients as oranges, carrots, spinach and bananas, and grows extremely well in regions where of malnutrition. Could this tree solve the world’s food crisis? In the foothills of the Himalayas in northern India, a certain tree has long graced the region with its miraculous fruit.

15 Great Uses for Tea Tree Oil I’m going to break it down in a simple, easy way – what are the best ways to use this phenomenal oil? From all I’ve read and heard, the uses for Tea Tree Oil are almost endless, so I’ll just give you a list of 15 of the top ways I think it’s great. And please feel free to share how you use it, too. I’m open for new ideas! 1.)