Miffies. The Ultimate Oldschool PC Font Pack: Font Index. FONT INDEX: Select a font to see a detailed preview and try it out for yourself. 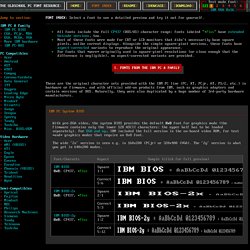 All fonts include the full CP437 (DOS/US) character range; fonts labeled "Plus" have extended Unicode versions, too. Most of these fonts were made for CRT or LCD monitors that didn't necessarily have square pixels, unlike current displays. Alongside the simple square-pixel versions, these fonts have aspect-corrected variants to reproduce the original appearance. Orthogami. 7/24/2020 Gigaleak and 7/25/2020 Gigaleak II. 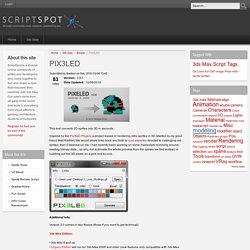 Inspired by the Pix3leD Project, a project based or rendering retro sprites in 3D (started by my good friend Matt Raithel) We would share links back and forth to cool websites devoted to cataloging old sprites, then it dawned on me: I had recently been working on some maxscripts revolving around reading bitmap data... so why not automate the whole process from the sprites we find instead of building out the 3D pixels on a grid one by one. Additional Info: RetroDesign3D by RetroDesign3D - Shapeways Shops. Ikachan - Cave Story (Doukutsu Monogatari), A Tribute Site. In Ikachan you control a squid in an underwater cave system. 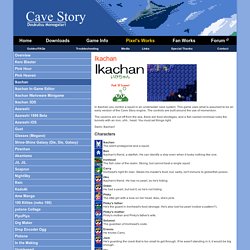 This game uses what is assumed to be an early version of the Cave Story engine. The controls are built around the use of momentum. The caverns are cut off from the sea, there are food shortages, and a fish named ironhead rules the tunnels with an iron, uhh.. head. You must set things right. Swim, Ikachan! Characters. Sevensheaven - Inside Rainbow Islands - By Metin Seven · Published January 26, 2010 · Updated January 26, 2010 So you thought you used to play 2D games. 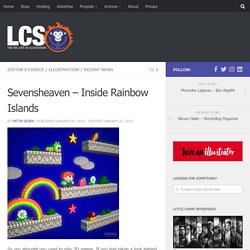 If you had taken a look behind the screen, then you’d have seen this. The featured game is Rainbow Islands from Taito, a classic 8-bit video game for the arcades, released in 1987. View topic - Hey FBTB...! The Weblog Freeware App Pick: Cube Kingdom (Ramza3D) Turning video game sprites into 3D objects. Anyone who has played Minecraftfor a good amount of time should have a good grasp on making 3D objects by placing voxels block by block. 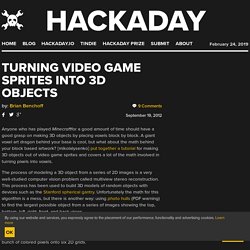 A giant voxel art dragon behind your base is cool, but what about the math behind your block based artwork? [mikolalysenko] put together a tutorial for making 3D objects out of video game sprites and covers a lot of the math involved in turning pixels into voxels. The process of modeling a 3D object from a series of 2D images is a very well-studied computer vision problem called multiview stereo reconstruction. This process has been used to build 3D models of random objects with devices such as the Stanford spherical gantry. Unfortunately the math for this algorithm is a mess, but there is another way: using photo hulls (PDF warning) to find the largest possible object from a series of images showing the top, bottom, left, right, front, and back views. Index of /bmp/files/gfx/Comics/Miscellaneous/Fan-Created Comic Sprites. Turning 8-Bit Sprites into Printable 3D Models. Continuing in the recreational spirit of this blog, this week I want to write about something purely fun. 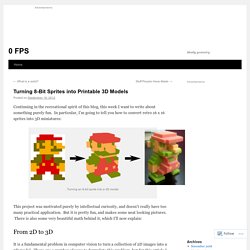 In particular, I’m going to tell you how to convert retro 16 x 16 sprites into 3D miniatures: Turning an 8-bit sprite into a 3D model This project was motivated purely by intellectual curiosity, and doesn’t really have too many practical application. But it is pretty fun, and makes some neat looking pictures. Classic Sega And SNK Pixel Art Tools - Game Anim. My Moc collection / WIPS: A LEGO® creation by Green Ghost . : MOCpages.com. 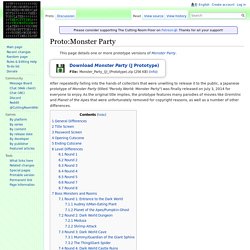 After repeatedly falling into the hands of collectors that were unwilling to release it to the public, a Japanese prototype of Monster Party (titled "Parody World: Monster Party") was finally released on July 3, 2014 for everyone to enjoy. As the original title implies, the prototype features many parodies of movies like Gremlins and Planet of the Apes that were unfortunately removed for copyright reasons, as well as a number of other differences. General Differences The timing code for the status bar split was changed to be less glitchy in the US version.It is possible to get stuck in place in the prototype, requiring a reset. Thankfully, this seems to be pretty rare.Item drops were shuffled around in the US version; for example, the first enemy drops a pill in the prototype, and nothing in the US version. 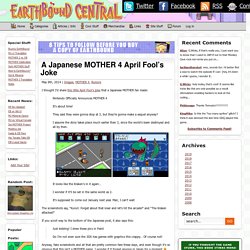 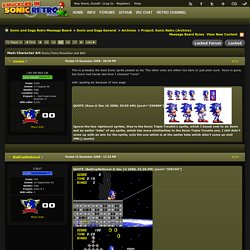 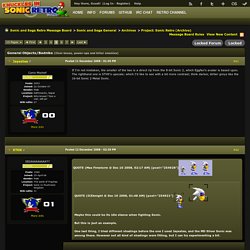 Hex-Ray Studios. 30 Excellent Pixel Art Tutorials For Pixel Lovers. If you’re born in 90s, I am sure that you have witnessed the glorious age of the pixel art. It exists on the old-school gaming platform, mobile phone and other digital devices. It’s one of the greatest technological inventions that dominate the digital world for several years, and now it rises again as a definitive art form within the artist community. Doing the pixel art could mean that you’re striving for perfection, as you even need to manually craft out the shading, dithering and even anti-aliasing. Palette Extractor - © The Sun Walkers. Hello and thank you for using Palette Extractor !

As there is a lot of people using it each month, I'm working on improving this tool. Here are some features you'll find in next updates : Statistics (total number of colors, average number of colors per extraction, mean hue, ... etc) Creating an account so you can save your palettes in your own space. This might also use OAuth for you to login with your Facebook, Google or DeviantArt account. Sharing options Multilingual options Desktop version ! The Big List Of Pixel Art Tutorials. The Big List Of Pixel Art Tutorials On this list you will find a few links to pixel art related stuff…Update: All below mentioned tutorials can now be found on PixelArtus moreover there is also another big list about Drawing and Animation. Pixel Art Freelance Guide Pixel Art Freelance Guide (Adam “Atomic” Saltsman) Graphic Style Analysis Tutorials About Glowy Graphics.

Pixel Joint Forum: PixelArt Tutorial Thread. Learn how to create pixel art, the workflow, how to create pixel characters and pixel artwork, shading, dithering, isometric projection and all techniques involved. Images that are used by the computer can be roughly divided into two groups. The first type of images is the so-called bitmap graphic or raster graphic image; the second type is the vector graphic. The fundamental building blocks of vector graphics are vectors, hence the name. A vector is a mathematical description of a line or a curved line. Adobe Illustrator uses so-called 'Bezier curves' to describe an image. Make Games - Pixel Art Tutorial.

The Cave of Dragonflies. I care about the truth, and I strive to keep the information on this website accurate and up-to-date. For instance, where possible, I have taken pains to personally test claims about the video games before making them. Building A Pixel Art World (Engine Design) pdf free ebook download from www.zrodfects. MS Paint Tricks. MS Paint Tricks by Messenjah MSPaint is actually a very powerful image editor. Download Microsoft Paint / Recover Missing Copy. This guide is for people who removed or accidentally un-installed their Microsoft Paint on their Windows, but now want them back. I lost my MS Paint too two days ago, poking at the wrong place of my Add/Remove Windows Component and there goes my mspaint. The Quicksapphire Quill Quadrant - Sexy site, sexy sprites. See the trend? Custom / Edited > S > Sonic Series. Some of my stuff. (Puffle Zone) Mystical Forest Zone Sprite Archive.