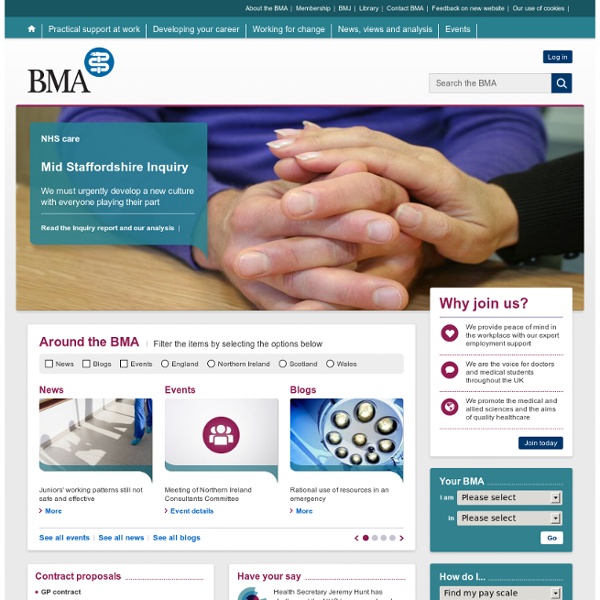 RT @ruskin147: BBC News - 7 billion people and you: What's your number? possibly the cleverest thing the BBC websit ... Sources: All population data are based on estimates by the UN Population Division and all calculations provided by the UN Population Fund. The remaining data are from other sections of the UN, the Global Footprint Network and the International Telecommunications Union. Want to find out more? Visit the UN Population Fund's detailed population calculator, 7 billion and me. Notes on the data: Only birth dates after 1910 can be accommodated and only countries with populations of more than 100,000 people are included. Three country groupings - developed, developing and least developed - featured in the conclusions are those referenced by the UN for assessing the Millennium Development Goals. Read the answers to frequently asked questions here.

Pages: Superscript keyboard shortcut This is a problem that tends to happen a bit too often for my taste. Apple chooses a keyboard shortcut for a command, and the shortcut involves a character key that is not as readily accessible on foreign keyboards as it is on the standard US keyboard, or that’s not even readily accessible in the standard US keyboard layout. Take, for example, the Superscript command in Pages. The trouble is that, while “+” is indeed a key on the numeric keypad, it’s not a key on the regular part of the keyboard, either in the US keyboard layout or in my Canadian CSA keyboard layout. So, shouldn’t the keyboard shortcut be described as control-command-shift-= instead? I just don’t understand this. On the other hand, the same thing is not true in Mail. This whole business simply doesn’t make sense. For example, the ^ symbol is known as both the circumflex accent and the caret. The problem is when Apple (or another developer) defines a new keyboard shortcut that uses the caret symbol, such as command-^.

Evidence Centre — BMJ Group Building evidence into practice Time is the greatest challenge to delivering evidence-based health care; the task of keeping up with emerging guidelines and research can be overwhelming. The BMJ Evidence Centre supports healthcare practitioners and institutions by providing trustworthy information, in formats that recognise the demands and limitations of everyday clinical life. Information that fits Our resources create and package knowledge to fit real clinical workflows. Whether it’s to support diagnosis and treatment at the point of care, or as a reference resource to consult during further study, we provide quick, accurate answers to clinical questions. Click to find out more about Best Practice Flexible delivery of authoritative information We have the experience and flexibility to help you to communicate evidence-based information to your target audience. Click to find out more about our EBM consultancy services A range of tools and services to help you harness the power of evidence

RT @trished: "I need permission to give a drug to half my patients, but not to give it to them all", but MRHA is making that easier http ... Rosalind L Smyth, Brough professor of paediatric medicine Author Affiliations r.l.smyth@liv.ac.uk The research community needs to support a new initiative to reduce the regulatory burden Over the past three to five years, there has been a barrage of criticism and dissent about the complex and bureaucratic systems that govern clinical research in the United Kingdom. One such initiative is the implementation, since April 2011, by the Medicines and Healthcare Products Regulatory Agency (MHRA) of a risk adapted approach to the regulation of clinical trials of investigational medicinal products.3 This approach defines three types of trial according to the risks associated with the product—none (A), some (B), and markedly higher (C) than for standard medical care.

Efficient feedback of clinical outcomes: Background As a trainee in the hospital the best role models i saw had a proactive approach of following up the cases they were involved with. I believe in part this made them the high quality clinicians they had become. Knowing the final outcome in cases you were directly involved, is the basis of one of the Work Place Based Assessment tools(WPBA) the Case based Discussion (CBD). For me reflecting on an interesting case and discussing this with a senior has been an enriching way of learning. It has changed my clinical practice for the better. Politically, the NHS Outcomes Framework has shifted the focus to end results rather than processes. The 'inbetween' stuff which is useful but not significant we dont seem to capture and feedback to fine tune our expertise. There is a strong case for a system where these unreported facts about pt outcomes are fed back to those that have been responsible for their care.

RT @mellojonny: @RoyLilley @clarercgp What is the role of a GP today? My thoughts from the frontline Brief notes before the Battle of Ideas 2011 debate, Radical surgery for the NHS: what is a GP’s role today? The answer depends on who is defining the role. The answer (as always) should not come from GPs, (or those pesky meddlers the Kings Fund, or the Dept of Health) but patients. And not the pushy, entitled, ‘fix my sore throat before I interview Sir David’ journalists, that cannot understand why GPs don’t keep the same opening hours as Tescos (do they think Tescos could afford 24hour opening if it took 10 years of training to operate a checkout?) Nor the people who run think-tanks who write long papers about what they would want from a GP if they were a patient, only they’re not actually chronically sick or worried half to death that they might be; these are healthy people, not patients. Studies have shown that at the start of medical school, GPs are in fact normal people, capable of blending in at any social occasion. The commonest question my patients ask me is, “Will you be my doctor?”

Taking Note: What Makes the Mayo Clinic Different? Patients Trump Research “At Mayo the focus is on the patient. The needs of the patient come first. I think one of the Mayo brothers originally said it—and here, that really is the case,” says Patterson. “At most academic medical centers,” he continues, “medical research comes first; education of the students comes second. This isn’t to say that doctors at Columbia don’t strive to give patients the very best care possible. But, at Columbia, “while being an excellent clinician is great, it’s just not as highly regarded as being a brilliant researcher,” Patterson explains. I have heard the same story from other doctors at some of the nation’s top academic medical centers. At Mayo, on the other hand, stardom is frowned up. An Egalitarian Culture You may have heard that at Mayo, doctors collaborate. “It doesn’t matter how much revenue you bring in,” Patterson explains, “or how many procedures you do. That celebrity turns on how much money a doctor brings in hardly unique to Columbia.

Pharma & Fun, Not Oxymoronic? Here Comes Gamification! Speaking of Boehringer Ingelheim's (BI's) long-awaited -- but not yet available -- Facebook game, Syrum, John Pugh, head of BI online communications, said it's about "pharma and fun.” He quickly added “This is not an oxymoron. You can have the two in the same sentence.” The objective of the game is to "save the world, one disease at a time, by harvesting molecules (a little like Farmville) and then using them as trading cards to play against diseases (a little like Pokemon). A player must first investigate molecular compounds at a research desk before putting them to the test in the laboratory, then conduct clinical trials and, if successful, advance a treatment to market" (see the MM&M review here). You can see a Syrum "trailer" here. BI's objective is to create a "kick-ass game," says Pugh. I can't wait to try out the game and get to the last level, which I presume is "marketing." Is this game -- or any other game dreamed up by pharma marketers/PR people -- really "kick-ass?"

The Stealth Marketing of Medical Devices: The Biotronik Example We have frequently discussed the use of organized, deceptive stealth marketing campaigns to influence physicians to prescribe pharmaceuticals. Now more information is coming to light about similar campaigns to influence physicians to use particular medical devices As reported in the New York Times, based on documents supplied apparently by a corporate whistleblower, here are some tactics used by a small German device manufacturer, Biotronik: Seeding Trials These are ostensibly clinical trials, but designed more to market than to discover meaningful data. We have discussed them in the context of drug marketing. The message from cardiologists was loud and clear, according to a top executive at a heart device company. Influencing Device Choice by Making Referring Doctors Consultants The Times report stated that the company's recent increase in sales was due to the company’s success in developing relationships with doctors who, in turn, can influence which brand of device a patient gets. Also,

Using comparative effectiveness research t... [Pharmacoeconomics. 2010 Adam Curtis Blog: THE ECONOMISTS' NEW CLOTHES RT @markhawker: Brian Cox is wrong: Blogging your research is not a recipe for disaster. A few days ago, the Guardian ran a Q&A session with Brian Cox and Jeff Forshaw. Cox and Forshaw are professors of physics at the University of Manchester, both involved in research with the Large Hadron Collider at Cern. Cox is of course well known for his wonderful media exploits on the BBC. Forshaw and Cox have written a book together, their second collaboration, which is coming out this week. In an emailed question for the Q&A, reader Stephen Marks asked: "How do you feel about scientists who blog their research rather than waiting to publish their final results?" Brian Cox: The peer review process works and I'm an enormous supporter of it. Jeff Forshaw: I think it's unfair for people to blog. Well, that's a little disappointing. I agree with Cox that peer review deserves our respect. His "recipe for disaster" remark is surprising, considering his own field of work. The majority of scientists writing online about their work are not anti-establishment mavericks with a hero complex.

Doctors asked to identify potential terrorists under government plans | Politics Doctors and other health professionals will be asked to identify people who are "vulnerable to being drawn into terrorism" as part of the government's redrawn counter-terrorism programme to be detailed on Tuesday. The home secretary, Theresa May, will also try to deflect criticism that the £60m-a-year Prevent programme has been used to spy on the Muslim community by extending its coverage to the far right and animal rights extremists, as well as Islamist groups. May has indicated that 20 of the organisations funded by the government over the past three years are to have their cash withdrawn after the decision to stop working with non-violent extremists. David Cameron has pushed through the change despite opposition from Nick Clegg and Charles Farr, the head of the office of security and counter-terrorism, arguing that such engagement is like "turning to a rightwing fascist party to fight a violent white supremacist movement".