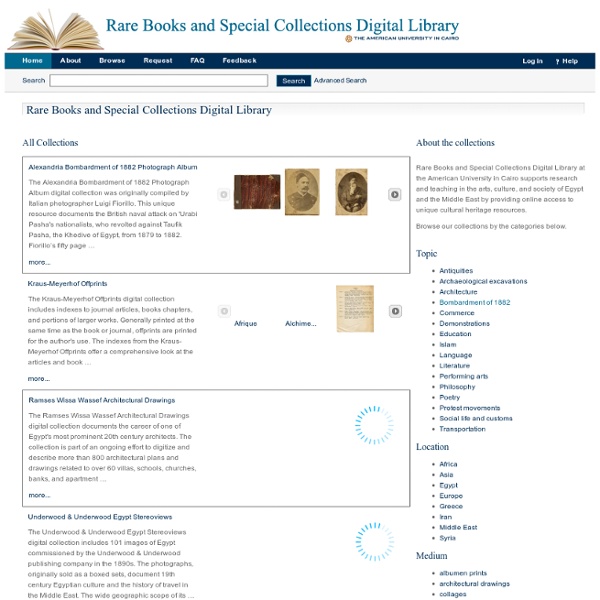 Online Collections and Presentations The Library provides access to a portion of its audio collections through the Recorded Sound Reference Center's web page, the American Memory site, The Performing Arts Encyclopedia and the American Folklife Center pages. These collections are described below. To listen to recordings that are unavailable online, contact the Recorded Sound Reference Center. Recorded Sound Section Online Collections National Jukebox The Library of Congress presents the National Jukebox, which makes historical sound recordings available to the public free of charge. The Jukebox includes recordings from the extraordinary collections of the Library of Congress Packard Campus for Audio Visual Conservation and other contributing libraries and archives. At launch, the Jukebox includes more than 10,000 recordings made by the Victor Talking Machine Company between 1901 and 1925. Tony Schwartz Collection These recordings are a sampling from the Library's Tony Schwartz collection. American Memory Online Collections

UbuWeb Expressions & Sayings Index If you prefer to go directly to the meaning and origin of a specific expression, click on its relevant entry in the alphabetical list below. Use this alphabet to speed up your search: A B C D E F G H I J K L M N O P Q R S T U V W X Y Z Audio-Visual Conservation (Library of Congress Packard Campus, Culpeper, Virginia) || The Packard Campus || Located at the foothills of the Blue Ridge Mountains in Culpeper, Virginia, the Library's newly completed Packard Campus of the National Audio-Visual Conservation Center provides underground storage for this entire collection on 90 miles of shelving, together with extensive modern facilities for the acquisition, cataloging and preservation of all audio-visual formats. The Packard Campus was created through a unique partnership between the Packard Humanities Institute, the United States Congress, the Library of Congress, and the Architect of the Capitol. Learn more about The Packard Campus || Film, Television and Video Collections || The Library is home to more than 1.1 million film, television, and video items. Motion Picture and Television Reading Room || Audio Collections || The Library of Congress holds the nation's largest public collection of sound recordings containing music, spoken word and radio broadcasts, nearly 3.5 million recordings in all.

Who wrote this amazing, mysterious book satirizing tech startup culture? A mysterious little book called Iterating Grace is floating around San Francisco right now. At least a dozen people have received the book in the mail—or in my case, by secret hand-delivery to my house. (Which is a little creepy.) The artifact itself consists of a 2,001-word story interspersed with hand-drawn recreations of tweets by venture capitalists and startup people like Chris Sacca, Paul Graham, Brad Feld, Sam Altman, and others. The story’s lead character, Koons Crooks, goes on a spiritual quest by contemplating the social media feeds emanating from the startup world. “For him, the tossed-off musings and business maxims of these men (they were almost all men) shimmered with a certain numinous luster. No one knows who wrote the story or created the book. And I can see why one might think that: this took an incredible amount of work and planning. I first heard about it earlier this week as I was waiting in line at JFK Airport. At first I was confused, then I was a little annoyed.

Browse - TAMI Browse for Videos by Topic Not sure what you're looking for? Start out by exploring the categories below for footage from your hometown, to see what Texas looked like in the past, or check out some of your favorite Texas icons. Genre, or Film Type At TAMI, "genre" describes more than the categories of feature films that we all know and love, such as western, action, or comedy. Our collections contain a whole range of moving image production types, from advertisements to government films to home movies. Texas Locations View a variety of types of films that feature various regions of the state. Texas Landmarks Want to know what Houston looked like in the 1940s, or get an insider's view of the Texas State Capitol? Time Period Browse for videos by time period to see what Texas and Texans looked like through the decades. Notable Texans Texas has been home to many larger-than-life personalities over the years.

Plot Generator Free ebooks - Project Gutenberg The QI Philosophy They say the primal drives are food, sex and shelter. QI says there is a fourth: Curiosity. We are hard-wired for curiosity: it is innate - a fierce need - and, unlike the other three drives, it is what makes us uniquely human. But pure curiosity, completely standard in children under seven and found in great artists, scientists and explorers, is, for some reason, quickly suppressed, sublimated or shrunken in most people. We make do with crossword puzzles, gossip, football results, pub quizzes and Jerry Springer. Our first three drives get plenty of fuel. The world brims and bulges with interesting information, but these days it rarely reaches us. People are living in a daze: swamped with information, starved of stimulation. The human brain is the most complex object in the known Universe, with as many neurons as there are trees in the Amazon rain-forest. People say the brain is like a computer, but it is not. What is life? Whatever is interesting we are interested in.