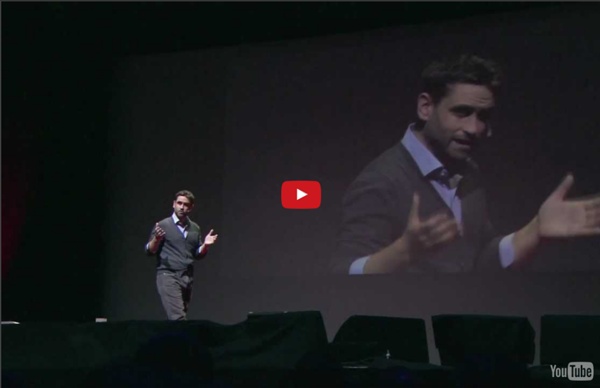 Meet The World’s Most-Traded, Least-Known Mammal This animal is poached 82 times more than rhinos and a whopping 1,000 times more than tigers, but do you have any idea what it is? It’s called the pangolin. Picture an armadillo dressed up as an artichoke. Strangely enough though, it is not closely related to either. The pangolin and armadillo’s resemblance is a prime example of convergent evolution, where two species evolve separately, but turn out functionally alike because they are adapted to similar environments. In this case, that means digging burrows and eating ants and termites.

Changing The Goal of Life for a Sustainable Future Change the goal and you can change the game: An excellent animated video from The Story of Stuff Project explaining that if we can change the end goal of 'more' to 'better', we can create a sustainable future for the world. Currently our economies feed on consumerism. We are told that the rules of the life (the game) are to always have more. So we buy the latest gadgets, we fill our homes with all things new that we see in magazines and on TV. But who made up these rules? Why are we following them?

Climate scientists’ despair: Most devastating parts of Esquire’s Jason Box profile. Men sleep on the floor during a heat wave, at a mosque at the premises of Jinnah Postgraduate Medical Centre (JPMC) in Karachi, Pakistan, June 28, 2015. Photo by Akhtar Soomro/Reuters Photo by Herman Verwey/Foto24/ Gallo Images/Getty Images There’s been a rush of dystopic news on climate change in the past week or so. This Is What Climate Change Deniers Sound Like To Normal People Climate change is happening. The average surface temperature of the Earth has been steadily rising since 1880. There are heaps of evidence out there to support this claim; however, unfortunately with stronger evidence comes stronger voices from denialists. But have climate change deniers ever sat back to think about how their attitude would hold in other real-world situations? Fortunately, Girl Pants Productions have created a video that beautifully demonstrates how well climate change denial arguments hold up in situations such as: driving a car, listening to music and tackling a raging fire. Check it out:

Trump Picks Climate Denialist Currently Suing The EPA To Head The EPA As reported by the Washington Post, President-elect Donald Trump wishes to nominate Oklahoma Attorney General Scott Pruitt to head the Environmental Protection Agency (EPA). This means that the EPA – which spends its time protecting the environment and reducing greenhouse gas emissions – will be headed by an anti-regulation, pro-fossil fuel industry individual, a man who also happens to be currently suing the EPA on climate change. “Conflict of interest” doesn’t do this appointment justice.

When Will Climate Change Make the Earth Too Hot For Humans? To read an annotated version of this article, complete with interviews with scientists and links to further reading, click here. Peering beyond scientific reticence. It is, I promise, worse than you think. Thanks To Lobbying, It's Illegal To Power Your Home With Solar Panels In Florida It may have ravaged much of the Caribbean, but Hurricane Irma weakened mercifully quickly as it passed over Florida. That’s not to say that it didn’t cause significant infrastructural damage, of course, and soon after the storm had passed, 40 percent of Florida lacked electricity, something that ended up killing several people who relied on it. At the time of writing, 1.5 million Floridians are still without power, and the issue of solar power has come up. This is the Sunshine State we’re talking about – so why is it so difficult to get a solar panel for your house there? As pointed out by the Miami New Times, Florida Power and Light (FPL) – a major supplier of electricity to the state – has invested heavily in lobbying state lawmakers to disallow residents from powering their own homes with rooftop solar power panels. In fact, thanks to the current laws, it is essentially illegal to do so; you have to connect any solar panels to your local electric grid, provided by a state utility.