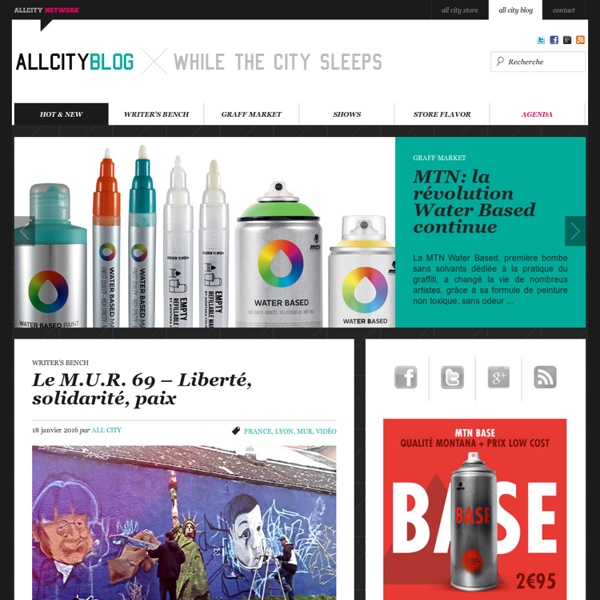 Psychedelic sixties The White Rabbit in Wonderland (East Totem West, 1967) Art By Joe McHugh Nick Mason David Gilmour Richard Wright The Doors/Jim Kweskin Jug Band, June 9 & 10, 1967 - Fillmore Auditorium Art by Bonnie MacLean. Rosemary’s Baby (1968) Mark Jenkins // Street Installations Besançon Rome Rio de Janeiro Tudela How To Create Outstanding Modern Infographics In this tutorial you will learn that data doesn't have to be boring, it can be beautiful! Learn how to use various graph tools, illustration techniques and typography to make an accurate and inspiring infographic in Adobe Illustrator. Start by using the Rectangle Tool (M) to draw a shape. louise bourgeois - insomnia drawings After hearing that Louise Bourgeois had died, I reread her book "Drawings and Observations". I've seen a show of her sculptures and indeed they are amazing, but it's her drawings that I go back to over and over again. Her repetitive circles and lines have a calming effect, which is no wonder since she drew to find relief from chronic insomnia. She writes about this drawing, titled Throbbing Pulse, 1944:

We declare the world as our canvas106 of the most beloved Street Art Photos - Year 2012 Click on a photo and you make it bigger and can post a comment on it. And thats some of the most beloved Street Art Photos posted in 2012 on Street Art Utopia! A member of Street Art Utopia on Facebook wrote two year ago this nice piece about the future: – My son, do you want to hear something strange? – Yes! What? 20 Examples of Graffiti & Street Art-Europe #1 In this post, the first of a series, we show you 20 top street art and graffiti artworks around the world. Today we start with Europe – next post: South America! > Asia

16 CV "graphiques" (It’s actually up to 18 now.) A number of designers have attempted to design a visual, infographic resume, and while this is certainly not mainstream (yet), it is gaining some momentum. I wanted to highlight some of the great examples available on the web, but the line between an infographic resume and a designer resume is tough not to cross.