Chimamanda Adichie: The danger of a single story 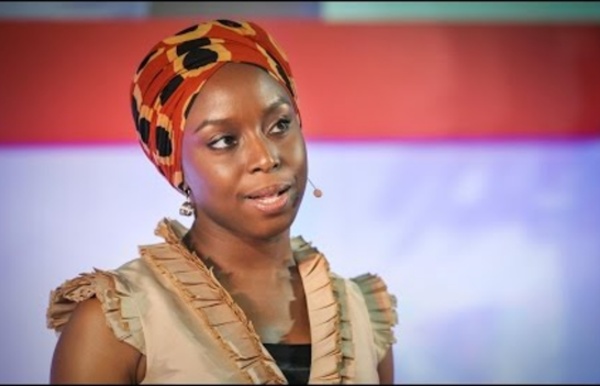 Why 'Fake It Till You Make It' Is So Effective, According to Science It took me a while before I started calling myself an author. I've been writing this column for almost two years, and have reached an audience well into the millions. I'm about to finish my first book (which I've ghost written for a New York Times best-selling author), and I'll be publishing my own book--with high hopes--in just a few months. Empathetic vs. Sympathetic vs. Empathic Empathetic is an adjective that describes someone or something that exhibits empathy.Empathy is a high degree of understanding of other people’s emotions.Empathetic and empathic are interchangeable, but sympathetic has a slightly different meaning. Here’s a tip: Want to make sure your writing always looks great? Grammarly can save you from misspellings, grammatical and punctuation mistakes, and other writing issues on all your favorite websites.

The Holy Virgin Mary Chris Ofili, The Holy Virgin Mary, 1996, paper collage, oil paint, glitter, polyester resin, map pins & elephant dung on linen, 243.8 x 182.9 cm © Chris Ofili Sensation When the personal collection of British advertising executive and art collector Charles Saatchi went on tour in an exhibition called Sensation in 1997, viewers should have known to brace themselves for controversy. The importance of multicultural literature Australian primary schools are more culturally diverse now than ever before. By including multicultural literature in the school library fiction collection, teacher librarians ensure they provide their students with texts that represent the culturally diverse classrooms and home environments in this country, and those across the globe. With recent global events, it has become increasingly important that students do not become ethnocentric. Exposure to a variety of multicultural literature can assist in breaking down cultural barriers.

This Is How To Make Good Habits Stick: 6 Secrets From Research We all want to get to the gym, be more productive, be kinder to our loved ones… and then we don’t do it. Why? Well, building solid personal habits can be hard. In fact, research shows it takes an average of 66 days to build a new good habit. From Oliver Burkeman’s Help! How to be slightly happier and get a bit more done:

22 Apps To Make Videos In The Classroom 22 Of The Best Apps To Make Videos In The Classroom by TeachThought Staff In education, perhaps one of the least utilized talents of iOS hardware is creating exceptional video. Empathy vs. Sympathy—Learn the Difference Empathy is a term we use for the ability to understand other people’s feelings as if we were having them ourselves.Empathy can also mean projecting our own feeling onto a work of art or another object.Sympathy refers to the ability to take part in someone else’s feelings, mostly by feeling sorrowful about their misfortune.Sympathy can also be used in relation to opinions and taste, like when you say that you have sympathy for a political cause. Here’s a tip: Want to make sure your writing always looks great? Grammarly can save you from misspellings, grammatical and punctuation mistakes, and other writing issues on all your favorite websites. Your writing, at its best. Be the best writer in the office.

Giuliani vs. the Virgin The day before the White House announced that Rudolph Giuliani would be joining President Trump’s legal team, news broke of another controversial New York figure’s comeback. After a tumultuous stay in the United States, a stint in Tasmania, and three years in the art collection of Steven A. Cohen, the hedge-fund billionaire—whose company, in 2013, paid a fine of $1.8 billion after pleading guilty to charges of insider trading—“The Holy Virgin Mary,” the British artist Chris Ofili’s painting of a black Madonna, adorned with elephant dung, is soon to be installed in the Museum of Modern Art. “The Holy Virgin Mary,” like many newcomers to the city, lived in Brooklyn before she made it to Manhattan. The painting had its American début in 1999, at the Brooklyn Museum, as part of an exhibition of the collection of Charles Saatchi, titled “Sensation.”

Multicultural Fiction for Teenagers The Absolutely True Diary of a Part-Time Indian by Sherman Alexie. 2007Budding cartoonist Junior leaves his troubled school on the Spokane Indian Reservation to attend an all-white farm town school where the only other Indian is the school mascot. American Born Chinese by Gene Luen Yang. 2006Alternates three interrelated stories about the problems of young Chinese Americans trying to participate in the popular culture. Presented in comic book format.

How to get massively motivated in less than 60 seconds  - Commit Action Confession time: Even highly driven and productive entrepreneurs still struggle every day to turn on their motivation when they need it. Perhaps you’re one of these folks. You’re busy. You’re building a kickass business. You get a a lot done.