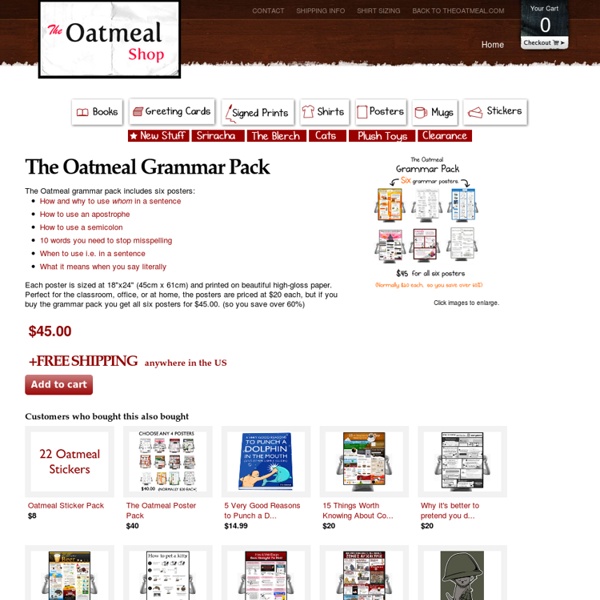 I raised an addict – what could I have done differently? | Heroin. Stop the Silence. Speak the Truth. It has been a very interesting month. Since my first post I have connected with old high school friends who have active or recovering addicts in their families. I have been contacted by people who are living the nightmare of Addiction as parents, spouses, children and friends of addicts as well as addicts themselves. Many have shared powerful stories of recovery. I have written or spoken the words ‘I am sorry for your loss’ too many times to count, though we really do need to keep counting… Every person we lose leaves a gaping hole in the world. I did not intend to start a blog, and I am a bit unsure of where to take it from here. This is a new journey and I’m glad for the company of all who would like to walk this path with me. Today’s thought: What could I have done differently? This question haunted me for many, many years. Yes, I should have let him fall on his face when he was little. In all honesty, that is the one thing I feel I could have changed. Forewarned is forearmed.

Away we go! | Cara's Cravings Hi friends! Don’t you just love Memorial Day weekend? Racing out of work on a gorgeous Friday afternoon and leaving the stress behind feels just fabulous. Maybe you have a weekend full of yardwork or maybe you’ll be barbecue-hopping with friends and family, but the good news is, it’s all about YOU. So this year, I’m actually not doing either of the above mentioned things, which are what I would usually be doing this weekend. Instead, I’m packing my bags and heading far, far away! Specifically, two nights in Athens, five in Santorini and three in Mykonos. Unfortunately I didn’t get my rear in gear and whip up some yummy meals for you to try out while I’m gone. But just keep in mind, I make no guarantees that they are actually Greek dishes! This did NOT turn up in my search, which really surprises me since it’s probably one of the most closely authentic Greek entries in my blog. I promise to let you know how many of these I actually see on menus in Greece. One more thing.

Revision and Editing Checklist for a Critical Essay - Writing About Fiction, Poetry, and Plays By Richard Nordquist When it comes time to revise and edit the next-to-final draft of a critical essay, this checklist should serve as a helpful guide. As a general rule, the best time to revise is not right after you've completed a draft (though sometimes this is unavoidable). One last bit of advice: read your work aloud when you revise and edit. You may hear problems in your writing that you can't see. Critical Essay Checklist continue reading below our video Loaded: 0% Progress: 0%

Mozilla Firefox Exhibitions“Koo Bohnchang”: One of South Korea’s most renowned photographers, Koo Bohn-chang, is holding a solo exhibition at Kukje Gallery. Not only parts from his different series but also his personal collections of eclectic objects are on display, giving the viewers a hint of Koo’s youth, attitudes towards photography and more. The exhibition runs through April 30 at Kukje Gallery in Sogyeok-dong, central Seoul. For more information, call (02) 735-8449 or visit www.kukjegallery.com. “H Box 2011”: “H Box,” the 6.5 meter wide and 5 meter tall spaceship-like structure on the third floor of Artsonje Center in Sogyeok-dong, central Seoul, is a mini, portable screening room for video artworks, organized by the Hermes Foundation. “Katie Paterson”: PKM Gallery and Bartleby Bickle & Meursalt introduces Katie Paterson, one of the most acclaimed young artists to emerge from Britain in recent years. Dramas Musicals “Love in the Rain”: This hit small-stage musical has been running for 17 years.

Creativity 2.0: See How Easily You Can Teach Tone I slammed my hand down on the desk. "What are you doing?" I bellowed. Frozen, terrified students stared at me, looked at their classmates and back to me. I stood up, waited another moment and then asked, "How did my tone affect your mood?" A collective sigh lifted the tension, numerous hands went to chests and a few "Oh my Gods" slipped into the growing murmur of relief. That's how we started talking about the concept of tone and mood. That was about two weeks ago. Students in sixth grade have to analyze pieces of literature for the tone the author used in a particular piece of writing. This has been a difficult concept for me to teach in the past. Analysis of Art - Transmediation To help children develop their creativity I look for ways to blend my content with other disciplines. As with any new process, we have to scaffold the learning. Students observe the portrait and interpret how Dr. Analysis of Tones in Videogames Motivating students often comes form tying into their interests.

Beyond Banned: Books That Survived The Censors iStockphoto In the 1970s, I sat in my Leningrad apartment typing pages of forbidden books through four sheets of carbon paper, while three Metro stops away, censors sat at their desks branding manuscripts unacceptable. By then, some Soviet writers had learned to use the Aesopian language, with its hints and euphemisms, to get their books into print. Moscow To The End Of The Line By Venedikt Erofeev, paperback, 164 pages, Northwestern University Press, list price: $18 Moscow to the End of the Line, written in the late '60s and banned in Russia until the late '80s, is the train journey of an alcoholic intellectual, Venya, going to visit his girlfriend in the town of Petushki. The Master And Margarita By Mikhail Bulgakov, paperback, 432 pages, Penguin Classics, list price: $14 The Master and Margarita was written in 1940, during the darkness of Stalin's reign. In The Heart Of The Country By J. But what if the censor is not a faceless bureaucrat toiling in a dank room under a portrait of Lenin?

Comics This is a comic about the backfire effect. The first big expansion pack of Exploding Kittens is now shipping. It contains 20 game-changing cards, along with a human-sized cone of shame. I made a new thing. Next Page » All artwork and content on this site is Copyright © 2016 Matthew Inman. a drinking game for anne of green gables the movie A drinking game for the movie adaptation of Anne of Green Gables. OMG you guys! It's finally here! For those of you who have been following my reviews, you know that I have been eating, sleeping and breathing Anne-world for several weeks, now, and I realized it's time to add drinking to that list!!!! Now, normally, we create drinking games to help us get through the more painful of films coughIAmNumberFourcough. I don't know about you guys, but I pretty much sob through this entire movie EVERY TIME I SEE IT. The Anne of Green Gables Movie Drinking Game Take One Drink: • Every time Anne loses her temper • Each time Marilla rolls her eyes (this one alone will have your liver shaking its bedraggled fist at you.) • Whenever Matthew 'interferes' • Gilbert has been added to a scene, to build romantical tension (eg. when Josie Pye dares Anne to walk the ridgepole of the roof.) • Each time the word 'bosom' is used • When Anne says the word 'tragical' Toast: Take a Shot: • For green hair Chug: Pour One Out:

The European Bildungsroman | Department of English and Comparative Literature What is a Bildungsroman? In my examination, I will attempt to answer this misleadingly simple question. The term was suggested by Friedrich von Blanckenburg's discussion of Bildung in his 1774 "Essay on the Novel," coined by Karl Morgenstern in the 1820s, and popularized by Wilhelm Dilthey in his 1870 essay on Friedrick Schleiermacher. Therefore, when we 20th Century readers talk of the Bildungsroman, as we often do, we employ a critical lens honed in 19th Century Germany to treat a genre begun in the 18th Century. My major field, European Bildungsroman, includes novels that could serve as examples of these various forms: Rousseau's Emile, and even Fielding's Tom Jones as novels of education; Diderot's Rameau's Nephew, James' Roderick Hudson, and Joyce's Portrait as novels about artists; Austen's Emma, and even James' Ambassadors as novels of development. My particular approach to defining the genre, however, returns to Dilthey's original definition.

'Moby-Duck': When 28,800 Bath Toys Are Lost At Sea Moby-DuckBy Donovan HohnHardcover, 416 pagesViking AdultList Price: $27.95 At the outset, I felt no need to acquaint myself with the six degrees of freedom. I'd never heard of the Great North Pacific Garbage Patch. At the outset, I had no intention of doing what I eventually did: quit my job, kiss my wife farewell, and ramble about the Northern Hemi­sphere aboard all manner of watercraft. Certainly I never expected to transit the Northwest Passage aboard a Canadian icebreaker in the company of scientists investigating the Arctic's changing climate and polar bears lunching on seals. I'd never given the plight of the Laysan albatross a moment's thought. If asked to define the "six degrees of freedom," I would have assumed they had something to do with existential philosophy or constitutional law. But questions, I've learned since, can be like ocean currents. The next thing you know years have passed, and you're still adrift, still waiting to see where the questions take you.

What Makes a Hero: Joseph Campbell’s Seminal Monomyth Model for the Eleven Stages of the Hero’s Journey, Animated By Maria Popova Nearly four decades before Joseph Campbell (March 26, 1904–October 30, 1987) refined his enduring ideas on how to find your bliss and have fulfilling life, the legendary mythologist penned The Hero with a Thousand Faces (public library) — his seminal theory outlining the common journey of the archetypal hero across a wealth of ancient myths from around the world. Campbell’s monomyth model has since been applied to everything from the lives of great artists to pop-culture classics like Star Wars. This wonderful short animation from TED Ed presents a synthesis of Campbell’s foundational framework for the eleven stages of the hero’s quest — from the call to adventure to the crisis to the moment of return and transformation — illustrating its timeless potency in illuminating the inner workings of so many of our modern myths and the real-life heroes we’ve come to worship: