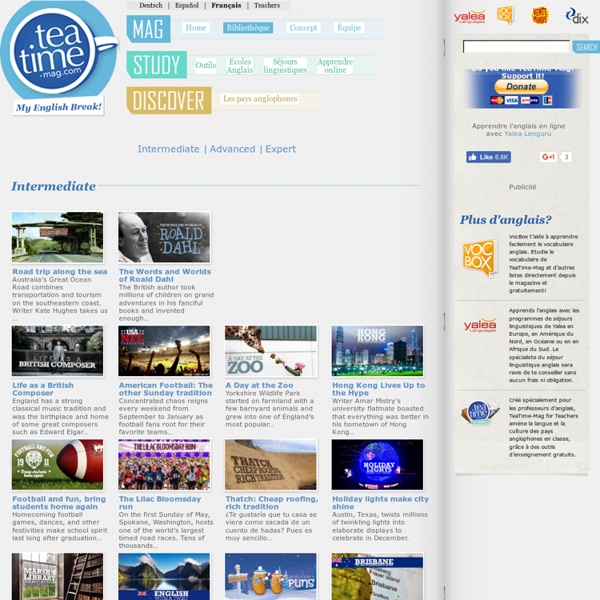 rules The objective is to talk about the chores ONE of the characters (Lisa, Tom, Kate, Ben, and Jane) does and how often he/she does them. Make 4 or 5 groups. Give the following grid to each group: grid. Players can choose a character from the start but they can also change their minds while playing. Guess Who Character Generator Click on the icon below to print additional character sheets. 1. Click on one of the icons below. 2. Print the sheets on your color printer. Two pages should print. NOTE: Select “no scaling” in your print options window. 3. Free ESL (English as a Second Language) Lesson Plans to Download This page was originally designed to share my materials with other English teaching assistants in France, especially those who have no experience in teaching ESL yet. I've also included worksheets that I used for private English lessons in France as well as some of the materials I used in my ESL classes in the United States. Feel free to use them as you'd like.

April 29, 1992 (Miami) by Sublime Lyrics (I don't know if you can, but can you get an order for Ons, that's O-N-S,Junior Market, the address is 1934 East Anaheim, all the windows areBusted out,... if he wants to) April 26th, 1992There was a riot on the streetsTell me where were you?You were sittin' home watchin' your TVWhile I was participating in some anarchyFirst spot we hit it was my liquor storeI finally got all that alcohol I can't affordWith red lights flashin', time to retireAnd then we turned that liquor store into a structure fireNext stop we hit, it was the music shop,It only took one brick to make the window dropFinally we got our own P.A.Where do you think I got this guitar that you're hearing today? (Call fire... respond Mobil station. Alamidos in Anaheim, it's uhh flaming up good)

Study English News.com - Learn English with easy English songs Choose which easy English song you want to listen to: Coldplay (Present Simple/Future With Will) Beyonce (Second Conditional) Starsailor (Past Simple/Past Continuous) Virtual Puzzle - Museum of Tolerance New York The Museum of Tolerance New York was pleased to participate in the third annual NYC’s Respect for All (RFA) week from February 13th-17th, 2012. Citywide activities and events during this week promoted tolerance, diversity, and respect for all. During RAF week, all students who visited the MOTNY were asked to participate in the creation of a Respect for All puzzle.

Lacking inspiration? 6 awesome resource websites to find stuff for your classes I like to consider myself a creative person and I’m always designing and devising activities to step away from the course book with the aim of sparking students ‘interest. Unfortunately, I’m not always in that mood. No problem :)Luckily, there are plenty of websites offering free resources that can really save the day. These are my favourite go-to sites when I am feeling kind of lazy or uninspired, but still want to shine in class.

Study English News.com - Read the news in easy English Episodes of 'The Flatmates' from BBC Learning English <a href=" of the flatmates do you like the most?</a><span style="font-size:9px;">(<a href=" surveys</a>)</span> Here is a collection of episodes of The Flatmates, from the BBC's learning English website.

Losers This EFL lesson is designed around a short film called Losers by Everynone and the theme of bullying. The message of the film is that regardless of what we look like or how popular we are, we’re all united by a susceptibility to verbal abuse. At the end of the film, the word “Loser” is reclaimed, proving itself to be an appropriate descriptor for the person who used it in the first place. I would ask all teachers who use Film English to consider buying my book Film in Action as the royalties which I receive from sales help to keep the website completely free.

The Perfect Classroom Gift: A Gift of Words I belong to a book club, one that has continued since 1990. Think of all the books we have read together. And we're serious about this, too.