Christians of Color Are Rejecting “Colonial Christianity” and Reclaiming Ancestral Spiritualities. This is how quickly it happened. 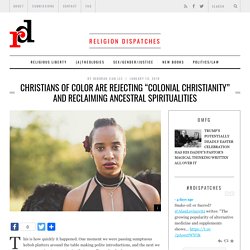 One moment we were passing sumptuous kebob platters around the table making polite introductions, and the next we were swapping trauma stories that we—all people of color, many LGBTQ—had experienced in what were essentially white Christian spaces.* There was the black nonprofit worker who attended a Christian conference in the rural Southeast, where she had to walk past white men staring her down from pickup trucks draped in confederate flags; there was the Indo-Latinx therapist who saw white Christians co-opt practices from other cultures, such as drumming or yoga, while erasing and demonizing the people they came from; and then there was me, the Chinese-American journalist who spoke at a Virginia Christian college where a white man verbally attacked and followed me prompting the provost to hide me in a secured room.

Decolonising Faith: Here's How Some Africans Are Rediscovering Their Ancestors And Spirituality. HuffPost is part of Verizon Media. 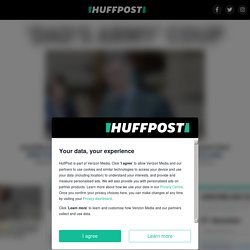 Click 'I agree' to allow Verizon Media and our partners to use cookies and similar technologies to access your device and use your data (including location) to understand your interests, and provide and measure personalised ads. We will also provide you with personalised ads on partner products. Learn more about how we use your data in our Privacy Centre. Once you confirm your privacy choices here, you can make changes at any time by visiting your Privacy dashboard.

Click 'Learn more' to learn and customise how Verizon Media and our partners collect and use data. Ella, mi Sagrada Madre. I was at a loss. 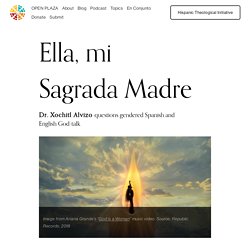 She was right. My response was that I didn’t think of “him,” el Señor, the same way in Spanish as I did about “the Lord” in English. I even explained that, “in Spanish, my God is not patriarchal”. She thought this an interesting phenomenon and left it at that. Perhaps she just took it for granted, as I had. Many scholars, especially feminist scholars, have expanded our God-talk in English in response to such critiques. Giuliani vs. the Virgin. The day before the White House announced that Rudolph Giuliani would be joining President Trump’s legal team, news broke of another controversial New York figure’s comeback. 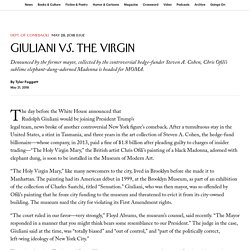 After a tumultuous stay in the United States, a stint in Tasmania, and three years in the art collection of Steven A. Cohen, the hedge-fund billionaire—whose company, in 2013, paid a fine of $1.8 billion after pleading guilty to charges of insider trading—“The Holy Virgin Mary,” the British artist Chris Ofili’s painting of a black Madonna, adorned with elephant dung, is soon to be installed in the Museum of Modern Art.

“The Holy Virgin Mary,” like many newcomers to the city, lived in Brooklyn before she made it to Manhattan. The painting had its American début in 1999, at the Brooklyn Museum, as part of an exhibition of the collection of Charles Saatchi, titled “Sensation.” “The court ruled in our favor—very strongly,” Floyd Abrams, the museum’s counsel, said recently. “It’s a serious painting,” Temkin said. A Guide to Creating a Prayer Space at Home. “How lovely is your dwelling place,O Lord of hosts! 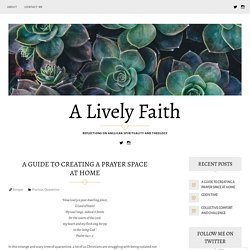 My soul longs, indeed it faintsfor the courts of the Lord;my heart and my flesh sing for joyto the living God.” Psalm 84:1-2 In this strange and scary time of quarantine, a lot of us Christians are struggling with being isolated not just from our family and friends, but from our church communities. While many churches have quickly adapted to live-streaming services on Facebook and YouTube, you may feel, as I do, that it just doesn’t feel the same as being physically present in church. The Holy Virgin Mary. Chris Ofili, The Holy Virgin Mary, 1996, paper collage, oil paint, glitter, polyester resin, map pins & elephant dung on linen, 243.8 x 182.9 cm © Chris Ofili Sensation When the personal collection of British advertising executive and art collector Charles Saatchi went on tour in an exhibition called Sensation in 1997, viewers should have known to brace themselves for controversy. 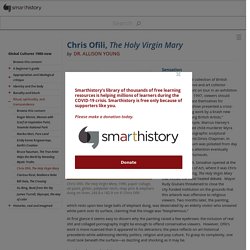 How Learning to Lament Can Help Fight Racism. Alma Lopez. Retroactive Erasure: The Black Madonnas of Europe - People of Color in European Art History. Searching for a Jesus Who Looks More Like Me. Close your eyes and imagine that Jesus is in front of you. 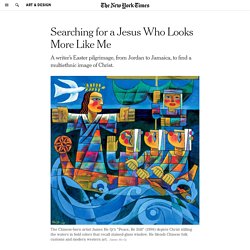 Is the man kneeling in prayer in the Garden at Gethsemane Chinese? Is the man sitting at the table of the Last Supper Navajo? Is the man dragging his cross toward Golgotha Nigerian? Or is the crucified figure a woman? Likely as not, the image that presents itself to most Americans is of a lithe, bearded man with shoulder-length, chestnut-colored hair.

This confounded me as a young child — the image of a white Christ (in my case, blond and blue-eyed) — printed on the hand-held fans cooling the black congregants of my grandmother’s church in Los Angeles. View Book List on Bookshop.org. Sacred Land Film Project. Millennial Latinxs Reconnect with Ancestral Wisdom. African American Spirituality Features. Ain't Got No, I Got Life. That Blackness. Alvin Ailey Repertory. The Danger of a Single Story. I Love Lupe. I Wish I Knew How It Would Feel To Be Free. The Key to Overcoming Racism. Love Liberates. William Nu’utupu Giles & Travis T. Sweet Honey In The Rock. Sweet Honey in The Rock.

Related:  IKT   -  self - development   -  Reading circles: can we develop empathy through literary fiction?   -  Multicultural Literacy   -  Representation   -  Multicultural Literacy   -  Adolescent Identities and Sociocultural and Equity Influences   -  Pearltree assigment 1   -  Ain't Got No, I Got Life   -  The Danger of a Single Story   -  Education   -  Enterprise