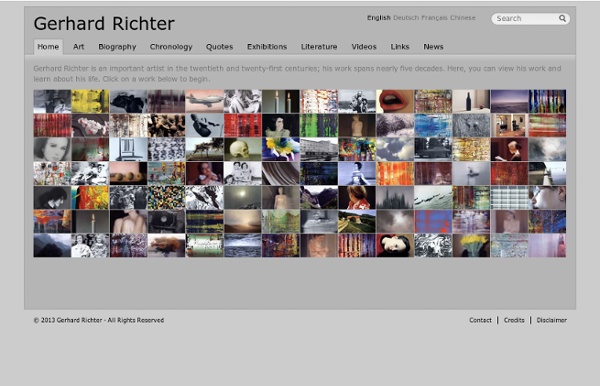 We declare the world as our canvas14 Great Banksy Street Art Photos and Quotes! “There are four basic human needs; food, sleep, sex and revenge.” – Banksy “Nothing in the world is more common than unsuccessful people with talent, leave the house before you find something worth staying in for. ” – Banksy “Think outside the box, collapse the box, and take a fucking sharp knife to it.” – Banksy “You’re mind is working at its best when you’re being paranoid. You explore every avenue and possibility of your situation at high speed with total clarity.” – Banksy (Banging Your Head Against a Brick Wall) “Some people become cops because they want to make the world a better place. Banksy Releases Exclusive Print That’s Free For All To Download In celebration of the Queen’s Diamond Jubilee, UK street artist Banksy has released an exclusive print absolutely free for all. The free art piece, entitled ‘Er…’—available from Pictures on Walls—is meant to be easily downloaded, printed and applied to wherever users see fit. “An exclusive download for the more ambivalent patriot. Simply save off the file and take to your nearest branch of prestoprint where it can be transferred onto a mug, tea towel or other quality item. Alternatively print onto a piece of paper, sellotape to a barbecue skewer and wave in an ‘ironic’ way as the Queen drives past,” the description of the art piece said. Click to view and download enlarged version

Clyfford Still Museum Clyfford Still was among the first generation of Abstract Expressionists who developed a new, powerful approach to painting in the years immediately following World War II. Still's contemporaries included Philip Guston, Franz Kline, Willem de Kooning, Robert Motherwell, Barnett Newman, Jackson Pollock, and Mark Rothko. Though the styles and approaches of these artists varied considerably, Abstract Expressionism is marked by abstract forms, expressive brushwork, and monumental scale, all of which were used to convey universal themes about creation, life, struggle, and death ("the human condition"), themes that took on a considerable relevance during and after World War II. Described by many as the most anti-traditional of the Abstract Expressionists, Still is credited with laying the groundwork for the movement.

Michele Gabriele Reblogged from Paul Barsch’s instagram; a fast look into the BODY HOLES project. BODY HOLES, the third and most elaborate exhibition project by New Scenario, explores the natural orifices of the human body as practical exhibition spaces for art. The show builds on macro shots of artworks by over forty international artists and artist groups, installed in the mouth, nose, ears and more explicit areas. BODY HOLES will be released June 3rd, 2016 as an online exhibition at the 9th Berlin Biennale and can be accessed via the online section “FearOfContent” and newscenario.net.

Getting at the truth of 'Exit Through the Gift Shop' Heading into Sunday's Academy Awards, "Exit Through the Gift Shop" is undoubtedly the most buzzed-about film in the documentary feature category. But the uncomfortable question persists: Is it real? The movie is anchored by two of the least reliable narrators in memory: Banksy, the anonymous British street artist; and Thierry Guetta, an eccentric French émigré to Los Angeles whose obsessive filming happens to capture the world of high-concept graffiti. In alternating interviews, the two recount the rise of anti-establishment vandals into the upper echelons of the art world, where their work quickly became commodified.

Mirrors on Easels Create the Illusion of Desert Landscape Paintings in California’s Joshua Tree National Park Photographer Daniel Kukla who has a background in both biology and anthropology has a new series of work called The Edge Effect where he photographed square mirrors propped on easels in locations around Joshua Tree National Park to catch the reflection of the horizon behind him. The resulting images create the bizarre effect of looking at a paintings sitting in the middle of the desert. Of the work Kukla says: In March of 2012, I was awarded an artist’s residency by the United States National Park Service in southern California’s Joshua Tree National Park. While staying in the Park, I spent much of my time visiting the borderlands of the park and the areas where the low Sonoran desert meets the high Mojave desert. While hiking and driving, I caught glimpses of the border space created by the meeting of distinct ecosystems in juxtaposition, referred to as the Edge Effect in the ecological sciences.

Joe Bradley - April 2 - May 3, 2016 Download Press Release PDF (93 Kb) Opening reception: Saturday, April 2, from 6:00 to 8:00pm I like the idea of a work of art containing both irony and sincerity. Let 'em fight it out. The Banksy Paradox: 7 Sides of the World’s Most Infamous Street Artist Banksy Paradox: 7 Sides of the Most Infamous Street Artist Article by Urbanist, filed under Street Art & Graffiti in the Art category. (Check out our complete guide to Banksy Art and Graffiti.) Banksy is probably the most popular, yet most mysterious, urban street artist in the world – and he works at incredible extremes. He has become an internationally known as a subversive graffiti artist – yet manages to maintain a secret identity. He is a counter-cultural prankster, but has art in major cosmopolitan galleries around the globe.

How Edward Hopper "Storyboarded" His Iconic Painting Nighthawks Edward Hopper's Nighthawks (1942) doesn't just evoke a certain stripe of mid-century, after-hours, big-city American loneliness; it has more or less come to stand for the feeling itself. But as with most images that passed so fully into the realm of iconhood, we all too easily forget that the painting didn't simply emerge complete, ready to embed itself in the zeitgeist. Robin Cembalest at ARTnews has a post on how Edward Hopper "storyboarded" Nighthawks, finding and sketching out models for those three melancholic customers (one of whom you can see in an early rendering above), that wholesome young attendant in white, and the all-night diner (which you can see come together in chalk on paper below) in which they find refuge. Despite how many elements of the real world Hopper studied to create Nighthawks, it ultimately depicts no real place.

Swoon in Studio : A Warm Welcome on a Cold Night Posted on January 10, 2011 A visit to Swoon’s studio is a full immersion into her passions; meditations on humanity, the process of collaboration, and sculptures you can inhabit. Swoon adding color to the busy streets of “Cairo” (Sunday Afternoon) (photo © Jaime Rojo) In the rustic warm light of a triple height cavernous space that might have served as a town hall a score of printed artworks on paper lay scattered across the wooden floor. Tiptoeing between the images to cross the formerly grand chamber, the familiar faces of children and adults who you’ve met on walls across the city look up at you. Together these figures, a de facto retrospective of Swoons’ last few years on the street in NYC, are burned into the retina of many a Street Art fan, and yet they lay here on this whitewashed wood-slatted floor without any ceremony at all.

René Portocarrero René Portocarrero Period: The Vanguard 1912 - 1985 Mujer de Perfil Woman in Profile, 1979 gouache on heavy paper 30 x 22 inches Born in the neighborhood of El Cerro, Havana, in 1912. He began painting from an early age and at 14, he entered the San Alejandro Academy of Fine Arts. Having a strong temperament and unable to adapt to this apprenticeship, he left the institution and started working on his own.

Cuban Art and the Search for a National Identity « art mundus Antonio Gattorno Once Cuba had finally gained independence from Spain in 1902, the country underwent a period of adjustment, introspection, and the establishment of a more defined national identity. Artists actively participated in this soul searching. Their new approach to art was innovative, experimental, joyful and varied. Drawing upon influences from Europe and Mexico they created a very distinctive Cuban ‘style’ often composed of bold lines and equally bold colours. Antonio Gattorno (1904-1980) is said to be the father of modernism in Cuba.