Gotye - Somebody That I Used To Know (feat. Kimbra) - official video 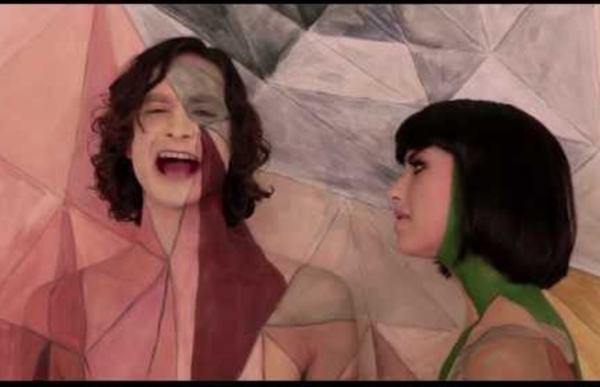 Related:  Clips vidéos et courts métrages • Something Other or More

Games at Miniclip Games at Miniclip Welcome to Miniclip.com, the leading online games site, where you can play a huge range of free online games including action games, sports games, puzzle games, mobile games, iPhone games, Android games and many more. Player Games and Achievements Somebody That I Used to Know "Somebody That I Used to Know" is a song written by Belgian-Australian singer-songwriter Gotye, featuring New Zealand singer/guitarist Kimbra. The song was released in Australia and New Zealand by Eleven Music on 5 July 2011 as the second single from Gotye's third studio album, Making Mirrors (2011). It was later released by Universal Music in December 2011 in the United Kingdom, and in January 2012 in the United States and Ireland.

Psychoactive Soundscapes - 20 Mind-Bending Psychedelic Albums of 2012 - REDEFINE magazine Well, it’s now past the supposedly prophesized Mayan apocalypse, and of course no obvious signs of eschatological judgment have been wrought down upon us, which was much to be expected. There is something else we need to address though, before we can just write this shit off for good. If you were paying any attention to what those of the neo-spiritualist ilk were saying for the last decade or so, the conversation always involved a shift in consciousness rather than a rogue asteroid raining fiery death from above. Nobody said it’d be instantaneous. Prophecies regarding a sudden massive shift in the perceptual limitations of our species always struck me as being beyond improbable. Whereas I’d be the first to admit that more of us these days are getting turned on to the higher cosmic functionalities of our brains, I’d also point out that it’s probably little more than a numbers game.

Fever Ray (album) Pitchfork Media's argued that, in contrast to The Knife's "plasticky percussions and goofy synth sounds", Fever Ray "brims with fragile, more finely articulated sounds" and "moves at roughly the same pace and with the same general tone, rendering some of the songs indistinguishable at first, but committed listens will reveal this to be as nuanced and as rich of a production as anything either Dreijer has done."[10] The A.V. Club's Chris Martins viewed it as being "countless times more claustrophobic and creepy than Silent Shout" and stated that "[t]he vocal transformer is such a huge part of what Andersson does—androgynizing her words to accompany the cold music, mimicking the synth warbles and sustained tones that abound. All lyrics written by Fever Ray, except where noted.

LISTEN: Stream Anna Von Hausswolff's LP Next week, City Slang are giving Anna von Hausswolff's second album of dark-hued, cinematic pop Ceremony a worldwide release. Listeners in her native Sweden, where it's already out, will have already wrapped their ears around it, but for the rest of us we're pleased to host a full stream of the album - listen below: Says von Hausswolff of the album: “I didn’t just want Ceremony to be a collection of songs. I wanted it to be like a film, with every single part connected to the other, with shifting moods and settings, but a thread holding all the tracks together.

This Album was Recorded under the Influence of Sahlep: Aphrodite's Child's 666 Aphrodite's Child were a Greek progressive rock band formed by the iconic film composer Vangelis in 1967, featuring Demis Roussos on bass and vocals, Loukas Sideras on drums and vocals, and Anargyros Koulouris on guitar. In 1972, they released 666 (The Apocalypse of John, 13/18), a sprawling, magnificent, and occasionally bonkers double concept album based on every rocker/stoner/teenage boy's favorite section of the Bible. Here's a taster: The album was a hard-sell to the record label suits from the get-go.