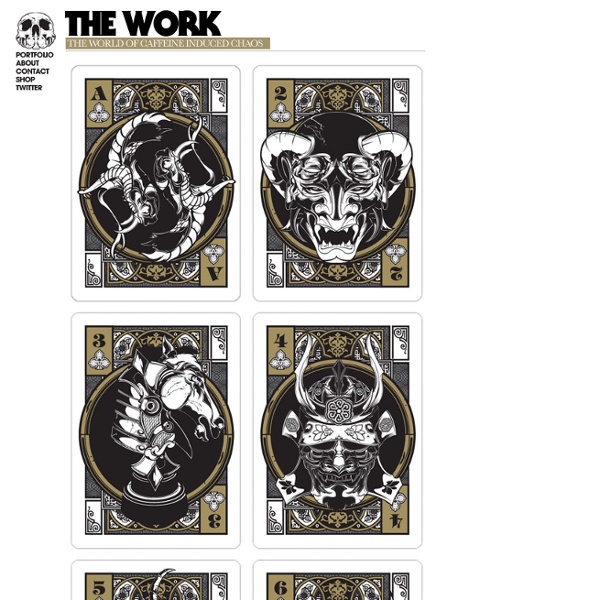 What We're Looking For In Great Interaction Designs When Bill Moggridge and Bill Verplank coined the term "interaction design" some 25 years ago, it was a wonky term, suited to a wonky discipline just in its infancy. In fact, the discipline was so wonky that the term itself was forgotten for 10 years, until it finally came back into use as computers started flooding the mainstream. And today? I don’t think it’s a stretch to say that interaction design is the most far-reaching and dynamic of the all the design disciplines.

Recyclebank Get closer to nature by living in an underground home built from sustainable materials I’ve always wanted to live in an underground dwelling because it’s the closest I’ll ever get to living like a Hobbit, and it seems like the perfect place to go in case zombies attack. Most importantly, underground homes are very eco-friendly and are built directly into the earth, which means they take up less construction material and produce less waste. Plus, they just look cool! Weird and Wacky Furniture By Straight Line Designs EmailEmail Straight Line Designs is a one-of-a-kind workshop that has been operating out of Vancouver, British Columbia for the past 25 years. In addition to installations, sculptures and private commissions, designer Judson Beaumont and his staff of eight full-time craftspeople have designed and constructed a variety of wacky cartoon-style furniture and projects for public institutions and children’s exhibitions throughout North America and abroad. Focused on quality and custom design, Judson’s studio stays far away from mass production and is as imaginative as children themselves. Website: StaightLineDesigns.com 1.

AMS Design Blog: Product Spotlight : Knock Knock Stationery I first saw a knock knock product in the shop at the Saatchi gallery here in London and it was love at first site. Self proclaimed as putting the fun in functional, their products are totally useless but incredibly amusing and make for great gifts. Check out their website here. When Typography Speaks Louder Than Words Advertisement Clever graphic designers love to use typography to explore the interaction between the look of type and what type actually says. In communicating a message, a balance has to be achieved between the visual and the verbal aspects of a design. Sometimes, however, designers explore the visual aspect of type to a much greater extent than the verbal. In these cases, the visual language does all the talking.

Leviathan: graphic novel of a gigantic cruise ship lost at sea for 20 years The great cruise ship Leviathan launched from England in 1928. The mile-long luxury liner is a floating city, complete with tall concrete buildings (in the Art Deco style of the Chrysler Building), parks, a railway, a zoo, and 28,000 passengers. Its intended destination was New York, but at some point in the the journey the ship got lost at sea. For the last 20 years, Leviathan has floated silently in curiously lifeless water "with no sign of land, nor even sun or stars.

Gavin Mackey's Pokemon Redesigns Will Haunt Your Nightmares [Art Somewhere between the original, manga-looking Pokémon that we all know and love and the bigger, shinier fantasy re-imaginings that we’ve also seen, lies Gavin Mackey’s vision for the super-powered critters. In Mackey’s art, they take an insidious turn toward resembling Renée French subjects or that creepy baby in David Lynch’s Eraserhead.Mackey was taking requests. Unfortunately for you late-comers, his commissions, taken through his deviantART account, seem to be closed for the time being. He still has his finished pieces posted in his gallery there, however. He’s made a Gastly, Bulbasaur and Charmander, as well as SpongeBob SquarePants’ pal Patrick Star and Yoda. These paintings may very well change how you use your Poké Balls for the rest of your Poké combat career, but they are rather mesmerizing, so go have a look.

Genuine Leather Harley Indian Biker Wallet HARLEY INDIAN SKULL CARVED VINTAGE BLACK GENUINE STINGRAY LEATHER WALLET ~NEW & RARE AN ELEGANT, RETAIN A NEW LOOK DURING LONG LIFE, DURABLE LEATHER. SIZE (CLOSED) 4 3/8" x 8" INCHES. SIZE (FULLY OPENED) 8" x 8" INCHES. Avid Cyclists, A Hands-Free Umbrella While You Ride Florida-based Alan Kaufman created an umbrella that can be worn around its user’s head and shoulders—so that its user is kept protected from the rain, while having his/her hands free. The Nubrella looks similar to the ‘Space Bubble’ protective plastic hood worn by air hostesses of American airline Braniff International, during the ‘60s, that were inspired by astronaut helmets and designed by Italian fashion designer Emilio Pucci as part of space-age futurism fashion. The ‘wearable’ umbrella—like the Space Bubble—is a bubble designed to protect hair of its wearers from wind and weather. Users just have to strap on a shoulder support and extend the canopy around their heads. “The major advantage is the wearer doesn’t have to carry anything when not in use as it goes behind the head like a hood,” Kaufman told The Telegraph. “No people can ride their bikes and work outdoors completely hands free while staying protected.”

This is What Happens When You Give Thousands of Stickers to Thousands of Kids This December, in a surprisingly simple yet ridiculously amazing installation for the Queensland Gallery of Modern Ar, artist Yayoi Kusama constructed a large domestic environment, painting every wall, chair, table, piano, and household decoration a brilliant white, effectively serving as a giant white canvas. Over the course of two weeks, the museum’s smallest visitors were given thousands upon thousands of colored dot stickers and were invited to collaborate in the transformation of the space, turning the house into a vibrantly mottled explosion of color. How great is this? Given the opportunity my son could probably cover the entire piano alone in about fifteen minutes.

LHR Serrated w/ Sheath The sooner you bring it back, the sooner I'll buy it!!! One of the best knives Gerber has ever produced, and it's suddenly discontinued? Please, Gerber, work out whatever snafus with Larsen, Harsey & Reeve might have led to the discontinuation, and bring back this great knife! Please Gerber, bring this knife back! It's one if the best you guys have ever made! Vase Changes Color Depending On Where You Stand The Rotterdam duo of Ward van Gemert and Adriaan van der Ploeg have been designing products as Nightshop since 2010, and their latest piece allows for a bit of personal interpretation. The plastic P.O.V. (point-of-view) vase changes color based upon where you’re standing in relation to the object. Six different styles are currently offered, ranging from The First One’s bright, playful stripes to The Red One’s deep exploration of that particular shade, but they both agree that the Rainbow--aka The Bright One--is their favorite. “Apart from the fact that this one stands out the most, it’s also the closest to our original idea,” van der Ploeg explains to Co.Design.

Animals Illuminated by the Sun The time of sunset is defined in astronomy as the moment when the trailing edge of the Sun’s disk disappears below the horizon in the west. There are few things in nature as photogenic as the sky at sunset, especially animals. The rich bright gold, pink and orange colors make unusually beautiful pictures of animals illuminated by the sun. Source Source