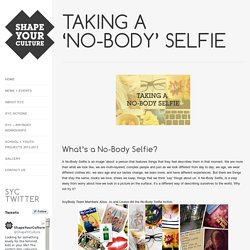 A No-Body Selfie is an image ‘about’ a person that features things that they feel describes them in that moment. Understanding Eating Disorder Training for Schools - Beat. For over 15 years Beat has run courses and prevention programmes for schools, with three sessions developed for different individuals. 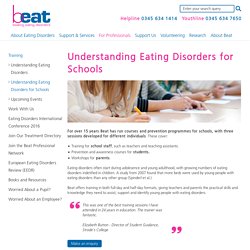 These cover: Training for school staff, such as teachers and teaching assistants.Prevention and awareness courses for students.Workshops for parents. Eating disorders often start during adolesence and young adulthood, with growing numbers of eating disorders indetified in children. A study from 2007 found that more beds were used by young people with eating disorders than any other group (Spinderl et al.). Beat offers training in both full-day and half-day formats, giving teachers and parents the practical skills and knowledge they need to assist, support and identify young people with eating disorders. This was one of the best training sessions I have attended in 24 years in education. Make an enquiry Is this course for me? Aim of the course The training aims to: Course content: There are three targeted sessions. 1.

Body Image – Photo Manipulation. As photo manipulation tools have become more widely available and easier to use, youth have begun turning to them to modify their own photos to meet media-created ideals of thinness and perfection. 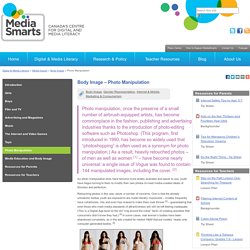 Retouching photos in this way raises a number of concerns. One is that the already unrealistic bodies youth are exposed to are made literally impossible – models frequently have collarbones, ribs and even hips erased to make them look thinner [3] – guaranteeing that even those who meet media standards of attractiveness will still be left feeling inadequate. (This is a Digital Age twist on the old “ring around the collar” tactic of creating anxieties that consumers didn’t know they had.) [4] In some cases, real women’s bodies have been abandoned completely, as in the ads created for retailer H&M that put models’ heads onto computer-generated bodies. [5] [1] “The Complicated Art of Airbrushing Abdominals.” Body Image – Advertising and Magazines. In addition to the content, images of women’s – and, increasingly, men’s – bodies in magazines also send messages. 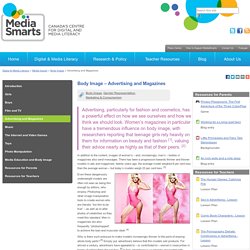 There has been a progression towards thinner and thinner models in ads and magazines: twenty years ago, the average model weighed 8 per cent less than the average woman – but today’s models weigh 23 per cent less. [3] Even these dangerously underweight models are often not seen as being thin enough by editors, who employ Photoshop and other image manipulation tools to create women who are literally “too thin to be true” – as well as to alter photos of celebrities so they meet this standard. Men in magazines are also frequently “photoshopped” to achieve the lean and muscular ideal. [4] Why is there such pressure to make models increasingly thinner, to the point of erasing whole body parts? [5] Simply put, advertisers believe that thin models sell products. In recent years there have been some efforts in the magazine industry to buck the trend. Body Image – Music. Consequently, we would expect youth to take representations of body shape found in imagery associated with music (videos, album covers, interviews with musicians, and so on) very seriously, and research has supported this: one study found that just ten minutes’ exposure to music videos featuring thin, sexualized performers led to a measurable increase in body dissatisfaction. [1] So how do music videos, as well as other images associated with music, influence youth? 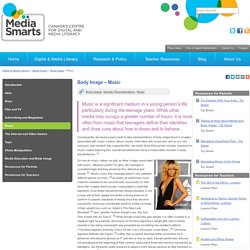 For girls, the message is overwhelmingly that they should be thin, attractive and sexual. [2] What’s more, this message doesn’t vary between different genres of music, [3] as nearly all performers must meet this standard to be commercially successful (or else have their images electronically manipulated to meet that standard). There are exceptions, of course: many genres of music present both male and female performers with much less emphasis on their appearance. Body Image – Girls. Why are these impossible standards of beauty being imposed on girls, the majority of whom look nothing like the models that are being presented to them? 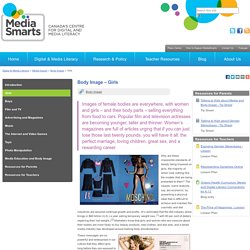 The causes, some analysts say, are economic: by presenting a physical ideal that is difficult to achieve and maintain the cosmetic and diet industries are assured continual growth and profits. (It’s estimated that the diet industry alone brings in $60 billion (U.S.) a year selling temporary weight loss, [1] with 80 per cent of dieters regaining their lost weight.) [2] Marketers know that girls and women who are insecure about their bodies are more likely to buy beauty products, new clothes, and diet aids, and a whole media industry has developed around fuelling body dissatisfaction. The effects of exposure to these images go beyond influencing girls to buy diet and beauty products. . [1] The U.S. Weight Loss & Diet Control Market. Body Image – Boys. Cultural expectations that guys have to be nonchalant when it comes to their physiques makes body dissatisfaction in boys more difficult to assess, but there is little doubt they are affected by media representations of idealized masculinity. 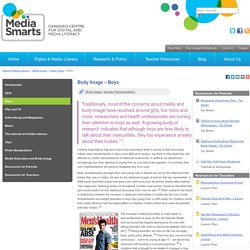 In addition, as advertisers increasingly turn their attention to young men as a lucrative demographic, it is unlikely that such representations are going to disappear any time soon. Body dissatisfaction amongst boys and young men is fuelled not just by the idealized male bodies they see in media, but also by the idealized images of women that are represented.

The increase in eating disorders in male adults is well-established. . [1] Norman, M. (2011) Embodying the Double-Bind of Masculinity: Young Men and Discourses of Normalcy, Health, Heterosexuality, and Individualism. Body image. Step one: Raise your awareness about media messages and learn how to really SEE what you're watching, listening to, or reading. 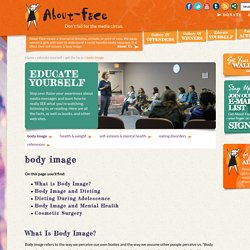 Here are all the facts, as well as books, and other web sites.