United front: breasts without the airbrush. The shocking thing about Laura Dodsworth's pictures of 100 women's breasts isn't the flesh on show, or the many shapes and sizes, but the realisation that images of unairbrushed, non-uniform breasts seem to be so rare. 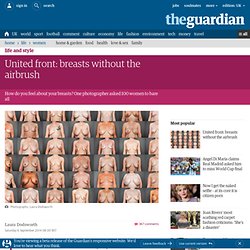 "We see images of breasts everywhere," says the 41-year-old photographer, "but they're unreal. They create an unflattering comparison but also an unobtainable ideal. I wanted to rehumanise women through honest photography. " If Men Could Menstuate by Gloria Steinem. By Gloria Steinem Living in India made me understand that a white minority of the world has spent centuries conning us into thinking a white skin makes people superior, even though the only thing it really does is make them more subject to ultraviolet rays and wrinkles. 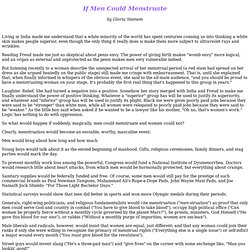 Reading Freud made me just as skeptical about penis envy. The power of giving birth makes "womb envy" more logical, and an organ as external and unprotected as the penis makes men very vulnerable indeed. But listening recently to a woman describe the unexpected arrival of her menstrual period (a red stain had spread on her dress as she argued heatedly on the public stage) still made me cringe with embarrassment. That is, until she explained that, when finally informed in whispers of the obvious event, she said to the all-male audience, "and you should be proud to have a menstruating woman on your stage. Laughter. So what would happen if suddenly, magically, men could menstruate and women could not? MAC Put A Female Bodybuilder In A Makeup Ad And It's Beautiful. How much does sheer physical strength - regardless of body shape - enter into the discussions women have about their bodies? 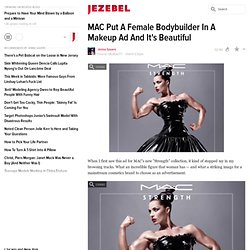 I brought this up once at another forum where body image was being discussed, and it seemed to be something the women there - between 20 and 30, for the most part - had never considered? In my experience, never. 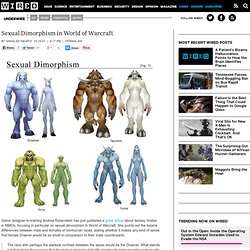 She points out the bizarre differences between male and females of nonhuman races, asking whether it makes any kind of sense that female Draenei would be so small in comparison to their male counterparts: The race with perhaps the starkest contrast between the sexes would be the Draenei. What stands out first about the sexes is that the male is massive: tall with unnaturally large muscles and equally large hooves. Given this build, it would not be unreasonable to expect the female of the species to be similar, but instead her slim features are closer to that of the female Blood Elf than to the male of her own species. Female orcs share the same problem, although they are clearly the most muscular women in the game, perhaps apart from Tauren women.

Uncomfortable in our skin: the body-image report. Outside, on a warm morning in March, students at the University of the West of England are shading their faces with textbooks, legs rippling in the sun. 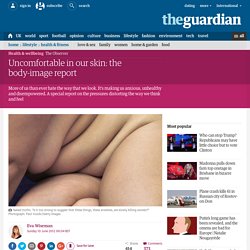 Inside, in a cramped, bright room lined with ring binders labelled "Intimacy", the women who make up the world's only Centre for Appearance Research (Car) are talking quietly about perfection. I arrived here after following a trail of newspaper reports – on the effect of airbrushing in the media, on men's growing anxiety about their weight – reports used variously by politicians and educators to highlight the way our world is collapsing. It's here, with their biscuits and gentle, resigned chatter, that a team led by Professor Nichola Rumsey and Dr Diana Harcourt is compiling the research required to understand how we deal with changing attitudes to appearance, and along the way helping answer the question: why do we hate the way we look? Men hate woman’s body. Men hate woman’s body. 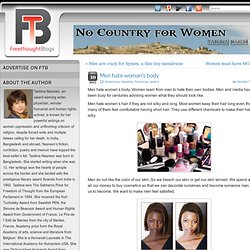 Women learn from men to hate their own bodies. Men and media have been busy for centuries advising women what they should look like. Men hate women’s hair if they are not silky and long. Most women keep their hair long even though many of them feel comfortable having short hair. Au Royaume-Uni, le malaise du rapport au corps. Bien-être Mis en ligne le 30/05/12 I Rédaction par La Rédaction Un rapport parlementaire britannique relève que la majorité des adultes ont honte de leur apparence. 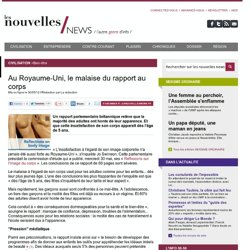 Et que cette insatisfaction de son corps apparaît dès l'âge de 5 ans. Disney Prematurely Indefinitely Delays Controversial Fat Shameland-Mozilla Firefox. Women's magazines. Killing Us Softly 3- Advertising's Image of Women - YouTube-Mozilla Firefox. Miss Representation Extended Trailer - YouTube-Mozilla Firefox. Cause and Effect: How the Media You Consume Can Change Your Life. WOMEN'S BODIES - www.ilcorpodelledonne.com - Subtitled english version of "Il Corpo delle Donne" - YouTube-Mozilla Firefox. Rion Sabean: 'Men-Ups': How I Got the Idea for My Gender-Bending Photo Series (PHOTOS)-Mozilla Firefox. At the beginning "Men-Ups" was a very vague idea I had that I wanted to be, at its core, the mixing of gender stereotypes, which, at that point, was something I hadn't made a stab at but really wanted to attempt. 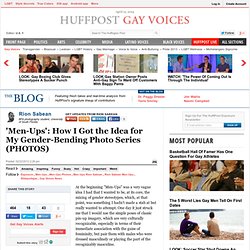 One day it just struck me that I would use the simple poses of classic pin-up imagery, which are very culturally recognizable, especially in terms of their immediate association with the guise of femininity, but pair them with males who were dressed masculinely or playing the part of the recognizably masculine. From there I began to construct "characters" for each image, all of which included poses that I knew I wanted the models to try. My main goal for the series was to suggest to the viewer something familiar, but with a twist that could both allure and confound.

Startling Photoshop Makeovers of Classic Nudes in Art-Mozilla Firefox. The Story of My Man-Boobs. Of the many nicknames I’ve acquired over the years, there’s one I’m reminded of today. 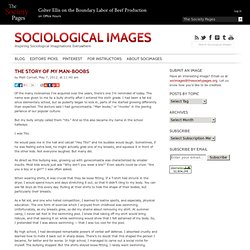