What alcohol does to your body after the age of 40. 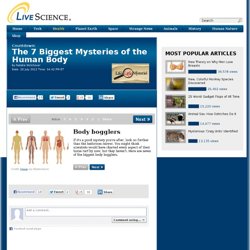 Human Anatomy Model, Anatomy Chart, Anatomical Chart. What Tears Look Like When You See Them Under a Microscope. People generate tears everyday for a variety of reasons, often without even noticing. 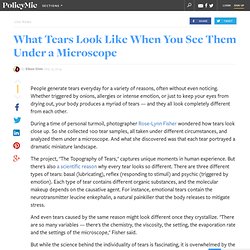 Whether triggered by onions, allergies or intense emotion, or just to keep your eyes from drying out, your body produces a myriad of tears — and they all look completely different from each other. During a time of personal turmoil, photographer Rose-Lynn Fisher wondered how tears look close up. So she collected 100 tear samples, all taken under different circumstances, and analyzed them under a microscope. EyeWire Video Gamers Help Untangle the Retina's Space-Time Secrets. Researchers have traced how cells in our retina track objects that move across our field of vision, thanks in part to thousands of video gamers. 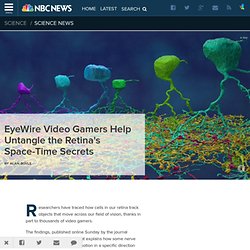 Why We See What We Do Â» American Scientist. A probabilistic strategy based on past experience explains the remarkable difference between what we see and physical reality R. 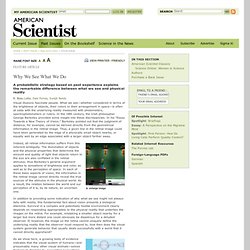 Beau Lotto, Dale Purves, Surajit Nundy Sending... Your email has been sent Enter the words above:Incorrect please try again. The Problematic, Newfangled Hack That Is the Human Leg. If you were to design a leg for a bipedal animal from scratch, what would it look like? 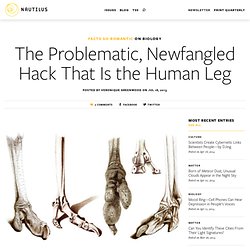 Don’t bother looking down at your own body for inspiration—you won’t find a good model there. If you want to make a really good bipedal leg, you should make one a lot like an ostrich’s, and nothing like a human’s. That’s because they and their ancestors have been walking and running on land for around 250 million years, and their limbs are optimized for the crash, vault, and push motion of a bipedal run. Humans, on the other hand, just got down out of the trees yesterday in evolutionary terms—a mere 5 million years—and it shows. Your Very Weird, Very Personal Sense of Smell. Voodoo dolls show how hunger and lack of self-control go hand in hand. The level of control, or self-control, we exert in our relationships tends to shift based on the relationship itself and a range of external factors. 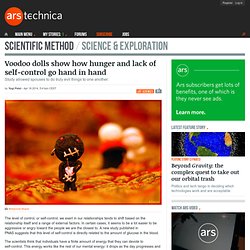 In certain cases, it seems to be a lot easier to be aggressive or angry toward the people we are the closest to. A new study published in PNAS suggests that this level of self-control is directly related to the amount of glucose in the blood. The scientists think that individuals have a finite amount of energy that they can devote to self-control. This energy works like the rest of our mental energy: it drops as the day progresses and is correlated to the amount of glucose present in the blood. By studying 107 married couples for 21 consecutive days, the scientists were able to assess the correlation between blood glucose level and the amount of self-control an individual can exert. The Feminine Smells That Get Sperm Moving.

The Girl Who Turned to Bone - Carl Zimmer. When Jeannie Peeper was born in 1958, there was only one thing amiss: her big toes were short and crooked. 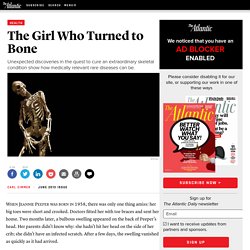 Doctors fitted her with toe braces and sent her home. Two months later, a bulbous swelling appeared on the back of Peeper’s head. The eyes have it: The iris pictured in remarkable detail by incredible close up shots. By Damien Gayle Published: 11:56 BST, 12 December 2012 | Updated: 16:52 BST, 12 December 2012. 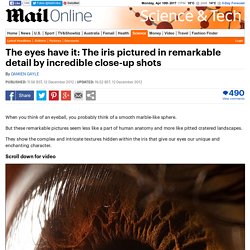 Olfaction & Olfactory White. Scientists have discovered a new smell, but you may have to go to a laboratory to experience it yourself. 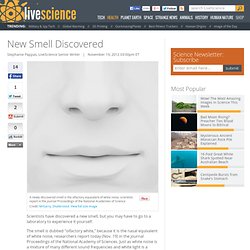 White smell Almost any given smell in the real world comes from a mixture of compounds. Categorizing compounds The researchers seemed on track to finding the olfactory version of white noise. Fetal Brain Development. Even fetuses yawn, a new study shows. 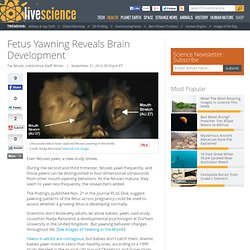 During the second and third trimester, fetuses yawn frequently, and those yawns can be distinguished in four-dimensional ultrasounds from other mouth-opening behaviors. As the fetuses mature, they seem to yawn less frequently, the researchers added. The findings, published Nov. 21 in the journal PLoS One, suggest yawning patterns of the fetus across pregnancy could be used to assess whether a growing fetus is developing normally. Scientists don't know why adults, let alone babies, yawn, said study co-author Nadja Reissland, a developmental psychologist at Durham University in the United Kingdom. Endocannabinoid system. The endocannabinoid system has been studied using genetic and pharmacological methods.

These studies have revealed that cannabinoids act as neuromodulators[2][3][4] for a variety of physiological processes, including motor learning,[5] synaptic plasticity,[6] appetite,[7] and pain sensation.[8] Basic overview[edit] Expression of receptors[edit] Cannabinoid binding sites exist throughout the central and peripheral nervous systems. No wonder you can't stand those sprouts: The surprising reasons you like (or loathe) particular foods. By Charlotte Dovey Published: 00:22 GMT, 6 November 2012 | Updated: 00:22 GMT, 6 November 2012 Taste is an incredibly important and sometimes complicated, sense. Semen's Secret Ingredient Induces Ovulation. Image: University of Utah Andrology Microscopy Lab/NASA By Emily Underwood, ScienceNOW If you’re trying to avoid getting pregnant, here’s another reason to mistrust the rhythm method of birth control: New research confirms that the fluid in semen, long dismissed as primarily a vehicle for sperm, contains a substance that can trigger ovulation and other pregnancy-supporting hormonal responses in female mammals.

The find could lead to new fertility treatments in humans. Like most female animals, women are spontaneous ovulators, meaning they release eggs on a fairly regular basis regardless of their sexual activity. A few animal species, however, such as camels and rabbits, release viable eggs only in response to sex. When Adams and his colleagues finally tested the idea decades later, they were taken aback by their results. How the human face is formed: Video shows how a baby's unique features develop in the womb. By Daily Mail Reporter. How broken heart syndrome PROTECTS the grief-stricken from dying. Around two per cent of people thought to have had a heart attack are diagnosed with the syndromeIt gives the heart a 'balloon-like' appearance but symptoms go after two weeks Published: 13:10 GMT, 27 June 2012 | Updated: 13:13 GMT, 27 June 2012.