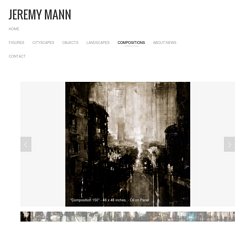 Magnum Photos Photographer Portfolio. AFTERGLOW - Lightsuit Segment. Alexis Van Hurkman—Thinking Aloud. The 2013 National Association of Broadcasters (NAB) show was so very busy that only now has the dust settled enough for me to write anything. 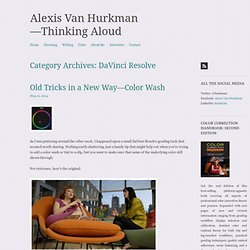 Unfortunately, I hadn’t the time to visit everyone I wanted to, but between the madness I did manage to catch up with a few of the companies who make products that interest me. While there were some major announcements that grabbed a lot of attention, here are some of the smaller pieces that you may not have noticed. DaVinci Resolve 9 Setting Exposure. 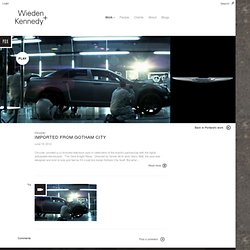 Directed by former W+K alum Stacy Wall, the spot was designed and shot to look and feel as if it could live inside Gotham City itself. The Making of Making. Go Forth 2012. MPC - Colourists. Select Category Select Tags Filter Uh-oh! 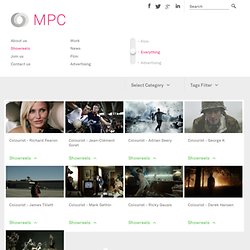 We couldn't find any content matching your selected filters.Have a play with the tags in our Tags Filter, or try toggling our master switch at the top. MPC - Colourist - Richard Fearon. Retratos - aorozco. Miscelánea - aorozco. How to Color Grade RAW from Blackmagic Pocket Camera 4K. SND - 2apictures. The Grid & The Sign - Venue. After an all too brief visit and hike through the Ancient Bristlecone Pine Forest yesterday afternoon, Venue turned south along US 395, stopping off at the incredible Coso Volcanic Field near Inyo, California. 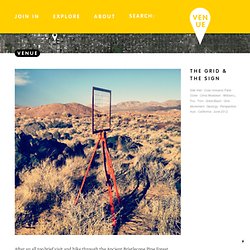 Arriving from the north, we found the 40,000-year old red and black gravels and cartoon-like cinder cone particularly striking in the 90º F orange late evening sunset. We turned off the highway, drove up the rocky side roads for a bit, took out one of Chris Woebken's Dürer-inspired perspectival devices from the Venue repertoire, and snapped a few photographs as the day came to an end. The title of this post, meanwhile, comes from William L. Fox's book The Void, The Grid & The Sign, about landmarks, or the lack thereof, and what Fox might call the neurological challenge of navigating desert regions (specifically the Great Basin). In that book's opening chapter, Fox describes an almost Tron-like image of human movement through landscapes that, upon first contact, appear to be empty.

The Grid & The Sign - Venue. SEA IN ME - www.marzenaskubatz.com. SISSI - house of peroni - Alan Chies photography. Lour Grading Tutorials and Resources for DaVinci Resolve and more. If you want to grow as a colorist then tutorials like this one from colorist Matt Scott will help you improve your art, craft and technique. 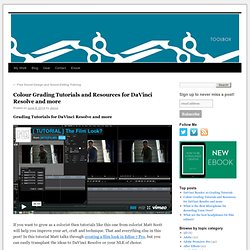 That and everything else in this post! In this tutorial Matt talks through creating a film look in Edius 7 Pro, but you can easily transplant the ideas to DaVinci Resolve or your NLE of choice. In this short tutorial from Denver Riddle he covers the topic of shot to shot matching, working in FCPX. In this two-part tutorial from filmmaker Tom Antos you can get a good look of how to grade a war film in Premiere Pro, making use of Red Giant’s Colorista. The Most Gorgeous Footage Yet from the Digital Bolex D16 Camera. As the final D16 cameras ship to Kickstarter backers this week, the team over at Digital Bolex has announced that international shipping is now possible. 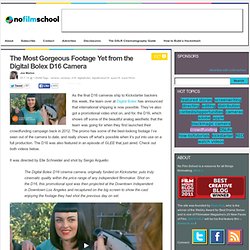 They’ve also got a promotional video shot on, and for, the D16, which shows off some of the beautiful analog aesthetic that the team was going for when they first launched their crowdfunding campaign back in 2012. The promo has some of the best-looking footage I’ve seen out of the camera to date, and really shows off what’s possible when it’s put into use on a full production.

The D16 was also featured in an episode of GLEE that just aired. Check out both videos below. Mecuro B Cetto – 60. Les superbes photos de Oleg Oprisco. Wiersz – nightmare. Rohan Blair-Mangat on Vimeo. ELOI MOLI. Photochrom. Photochrom[Note 1] (also called the Aäc process) prints are colorized images produced from black-and-white photographic negatives via the direct photographic transfer of a negative onto lithographic printing plates. 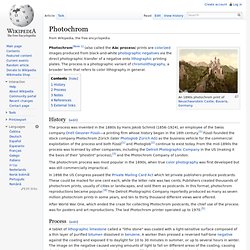 The process is a photographic variant of chromolithography, a broader term that refers to color lithography in general. History[edit] The process was invented in the 1880s by Hans Jakob Schmid (1856–1924), an employee of the Swiss company Orell Gessner Füssli—a printing firm whose history began in the 16th century.[1] Füssli founded the stock company Photochrom Zürich (later Photoglob Zürich AG) as the business vehicle for the commercial exploitation of the process and both Füssli[1] and Photoglob[2] continue to exist today. From the mid-1890s the process was licensed by other companies, including the Detroit Photographic Company in the US (making it the basis of their "phostint" process),[3] and the Photochrom Company of London. 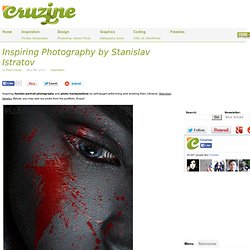 A cinematic still photograph is basically one that you think looks as a frame that could be taken from a movie, a shot that seems to stimulate a feeling of a bigger story behind it. For more beautiful cinematic photography by Eneade, you can visit his flickr photostream here . Tell your friends about this post! Les superbes photos de Fang Tong. Beautiful cinematic photography by Raúl González. Was born in Malaga though he lived most of his life in Mallorca, Spain. 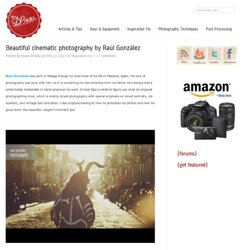 His love of photography was born with him, as it is something he had inherited from his father who always had a small Kodak Instamatic in hand wherever he went. It took Raúl a while to figure out what he enjoyed photographing most, which is mainly street photography with special emphasis on street portraits, old scooters, and vintage cars and bikes. I also enjoyed looking at how he processes his photos and how his gives them this beautiful, elegant cinematic feel. Amazing cinematic photography by Peter Lee. "I currently live in Guangzhou, China.

I moved there a little over 4 years ago from Los Angeles. And perhaps you can see from my pics, I mainly shoot during night time or in dark areas. Les photos de couples de Sanya Khomenko.