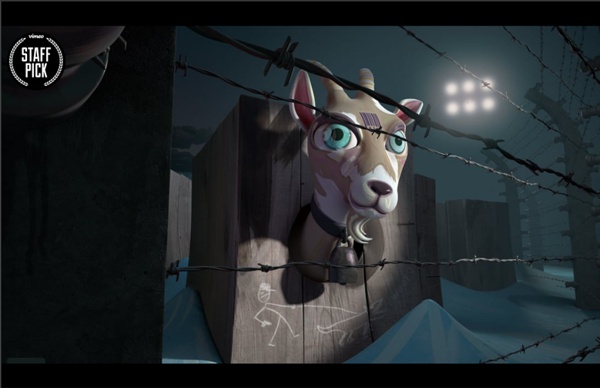 Insights - Andrew Bartzis To revoke is to renounce, retract, annul and erase. What are we erasing? The contracts that have bound us into bondage. The Occult - Occultopedia: The Occult and Unexplained Encyclopedia Welcome to Occultopedia, the premier internet index of the paranormal, occult and inexplicable. In addition to being the foremost online destination for information about the supernatural, unusual phenomena and the occult, Occultopedia also features a variety of resources for the pagan community, new age buffs, unexplained phenomena enthusiasts, curious minds, and skeptics as well.Occultopedia is the genuine article, the original and the best internet index of the extraordinary and uncanny, shamelessly copied by many, but never equaled. Online since 1995 — at first in a free web space provider, and in 1997 finally with its own domain name and hosting — Occultopedia still is the principal online resource for those looking for the unexplained, the curious and the unusual. Occultopedia is a work in progress, and is not completed.

My Interpretation of Heliofant's "I, Pet Goat II" Thanks to this great thread here by user nimbinned, I was able to come across this great video of I, Pet Goat II by team Heliofant. The animation is some of the best I have seen in awhile, even better than major Pixar and Disney movies (albeit much shorter). It is obviously a highly symbolic short and subject to many different interpretations, but I thought I would propose my take on it and you all can hopefully add your takes or tell me why I am wrong.

Psychotronic Generators by Tim Rifat from PsychotronicGenerators Website Psychotronic generators are psychic batteries that store life force or the other 34 types of energy that are available to manifest humans. The generators invented by Pavlita from alchemical texts were used by the Soviet Union to power their Psi-warfare projects under Andropov.

2001: A Space Odyssey - Stanley Kubrick's Alchemical Magnum Opus "I'm sure you are aware of the extremely grave potential for social shock and disorientation caused by this information. We can't release it without proper conditioning." - Heywood Floyd The idea of this thread came from reading Alchemical Kubrick on the Alchemy Lab website, a love for Kubricks 'Work' and an interest in Alchemy. Let me disclaim now that I am no initiate or adept, so go easy huh. Human Levitation Levitation has evoked awe, bewilderment or disbelief throughout history, and has a surprising number of links with the UFO and alien abduction phenomenon, anti-gravity being the most obvious one. Human levitation occurs when a person hovers or moves through the air with no visible means of support, seemingly in defiance of the force of gravity. Despite its fascinating and anomalous nature levitation has seldom been the subject of serious research. Few people today claim to have seen someone levitating and science currently has no explanation for it, except to say that, if it occurs at all, it seems to be paranormal or miraculous. It is understandable, therefore, that human levitation has traditionally been regarded as a religious phenomenon with numerous saints from various religions being reported to have levitated. But a closer examination reveals that levitation reports come from a variety of settings, some of them with little religious flavour.

20 Most Useful Microsoft Word Shortcut Keys That You Would Actually Use “I saw a bank that said ’24 Hour Banking’, but I don’t have that much time”. – Steven Wright (comedian) Being a part-time writer and a full-time dad, I am very concerned with my productivity. I want to get my writing assignments done well and fast so I can enjoy more time with my wife and daughter. Now I’m sure that not all of you reading this have families to raise and all, but I’m guessing two things: 1. All of you want to improve your productivity and efficiency at work (otherwise you won’t be reading this blog). 2. 5 Possible Storylines For The Next Star Wars Movie October 31, 2012 - Disney just paid over $4 Billion for Lucasfilm and the jewel of George Lucas’ eye, the Star Wars Universe. The House of Mouse wasted no time, announcing that a new live-action Star Wars film (tentatively titled Star Wars Episode VII) will be released in 2015, with new films following every few years. With only two to three years to plan, shoot, and edit, a story is probably already in place. But that doesn’t mean we can’t speculate. Here are five possible directions that Disney could take its new toy in.

18 Rare Friedrich Nietzsche Quotes to Make You Question Everything Friedrich Nietzsche is one of the most misinterpreted philosophers the world has ever seen. His incomparable, fierce literary style and tenacious will to question all orthodox beliefs and institutions have captivated and perplexed readers for over a century. I hesitate to share a list of quotations from his work, knowing full well that without the proper context, it is easy to misapprehend the full meaning and significance of his words. However, Nietzsche is also one of the most quotable writers who ever lived, and I think it is worth providing a sampling of some of his less commonly cited quotations here for a couple of reasons. For one, those familiar with Nietzsche will probably find something illuminating in this collection that they would be unlikely to come across elsewhere online.

Want to be More Productive? Here are 60 Keyboard Shortcuts You Need to Know! Seconds add up. If you can find ways to shave off a few seconds here and there, you’ll be well on your way to being faster and more efficient at your job. That’s what’s so great about keyboard shortcuts. They make you way more productive. Every day your work probably requires you to navigate lots of different operating systems, browsers, and software. That’s why I’ve previously shared some brilliant hacks to make your life simpler — especially if you use Gmail, Excel, Word, Twitter, and Google search.