AntiVJ is a visual label - Nightly 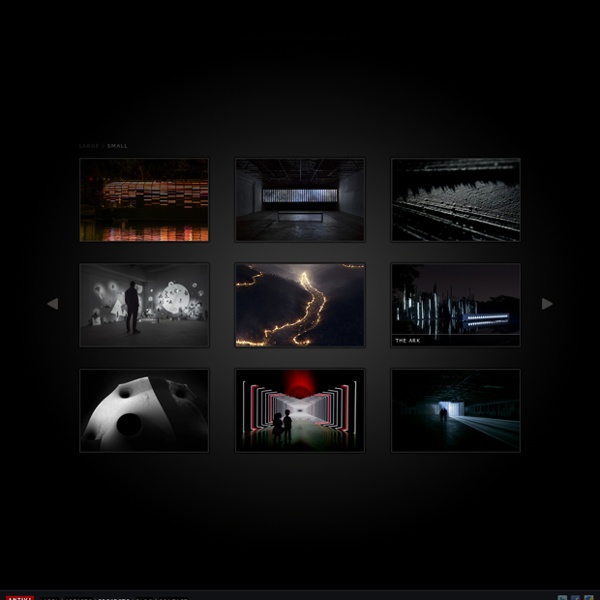 Open source Graphic Design - Nightly How to work as a Graphic Designer without sleeping with Adobe I am just now completing a certificate in graphic design at the online school Sessions.edu, and although I have come to like the Adobe Creative suite tool (and mainly inDesign), I would rather be relying only on open source tools. Why? Well, there are many factors that steer my decision toward that. If you want to read more about open source and creativity, I invite you to read FLOSS+Art which is a solid explanation of the relationship between open source and creativity/art. Bot & Dolly "Box" explores the synthesis of real and digital space through projection-mapping on moving surfaces. The short film documents a live performance, captured entirely in camera. Bot & Dolly produced this work to serve as both an artistic statement and technical demonstration. It is the culmination of multiple technologies, including large scale robotics, projection mapping, and software engineering.

Vjing - mavideoz Daniel Sierra thesis animation done at School of Visual Arts, class of 2013, Computer Art MFA. "Oscillate" is the title of my thesis animation done at the MFA Computer Art program in the School of Visual Arts located in New York City. My goal with "Oscillate" was to visualize waveform patterns that evolve from the fundamental sine wave to more complex patterns, creating a mesmerizing audio-visual experience in which sight and sound work in unison to capture the viewer’s attention

Nelson - Nightly 1 Preliminary remarks Science is supposedly about universals. Yet much of "computer science" is about the ramifications of two conventions: the simulation of hierarchy and the simulation of paper, carefully developed in a variety of directions. For example, file constructs -- files, directories, their operations and their naming-spaces -- are built around lumps of data arranged in hierarchies. Files must all be named, however irrelevant such naming may be to your concerns, how intrusive or how difficult.

Coded with love by Simon Geilfus Originally a video mapping installation created for the singular architecture of the Centre Pompidou Metz museum, Paleodictyon The App is its digital counterpart. Developed by Simon Geilfus, who co-directed the original piece, the application makes use of the same video mapping technique, however here it is instead transposed to a digital space, where virtual projectors give light to a 3D model of the museum. A digital replica. More information about the Paleodictyon installation can be found here.

Michelangelo Pistoletto - Nightly In 1961, after making a series of reflecting black-ground paintings significantly entitled The Present , Pistoletto conducted a series of experiments intended to achieve the highest degree of objectivity—the kind of objectivity shown in the early mirror paintings. To make the background more reflective he tried using aluminum sheets, which he applied to the canvas ( Grey Man from Behind , 1961). Finally he identified mirror-finished steel as the best material. To give maximum objectivity to the figure, too, he decided to use photography.

The dreadful luminosity of everything (On light: the title is taken from Kei Miller’s A Light song of Light, which says all of this so much better.) One of my favourite artworks in the world is Michelangelo Pistoletto’s ‘Cubic Meter of Infinity‘, which I first saw in Tate’s Arte Povera exhibition about ten years ago. It consists of a box made of inward-facing mirrors, and it bends the mind. If there is light in the box, it must be infinite, but if there is no light, what is reflected? I thought of Pistoletto when reading Andrew Blum’s Tubes, on the physical infrastructure of the internet.