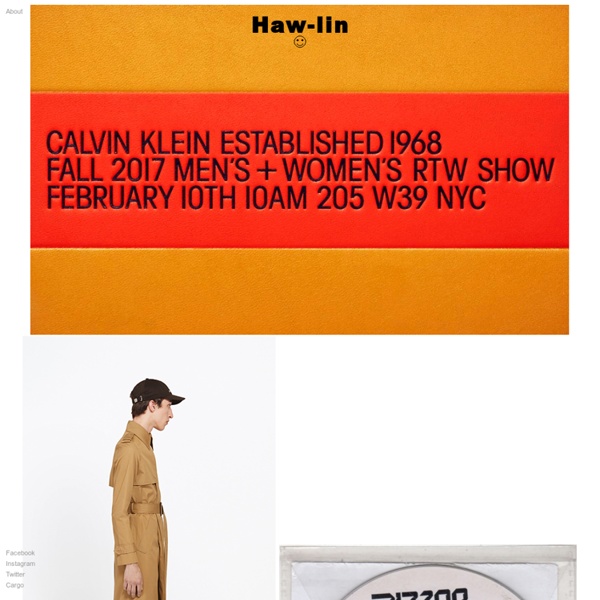 Beautiful Black and White Photography - Smashing Magazine Advertisement Today, in the era of digital technology black and white often awake nostalgic feelings of the 20th century, the good old times when the television was just invented, when people read colorless printed newspapers and when people were just imagining cell phones equipped with photo cameras. But still, dozens of years later, many artists still use black and white photography for artistic purposes. bebe le strange bebe le strange 'Images -- millions of images -- that's what I eat' --William S. Burroughs (click here for pics only) Sweet Station Zemer Peled Peled was born and raised in a Kibbutz in the northern part of Israel. After completing a BA (Hons) at the Bezalel Academy of Art and Design in Jerusalem she graduated with an MA (Hons) from the Royal College of Art.

Amazing Paper Made Muscians Amazing Paper Made Muscians posted under Photography on May 8th, 2010 with 29 Comments 8 May 0 Share Related You will love this Loading... Awesome Random Inspirations by paul0v2 Mon, 04/26/2010 - 11:54 Sometimes we seek an exactly type of inspiration like web inspiration for example but there are times where the unexpected can do some good for your brain. This collection is full of great images that are quite unexpected and pretty awesome at the same time, so what you waiting for? The Blog of Scott Hansen » Websites Boards Of Canada website Less than 2 hours until Boards Of Canada will be streaming the new album here. My old buddy Nick Felton spends a lot of time tracking his every move. After years of hanging with him knowing at the end of the year my stats would also in some way be immortalized in that years annual report, I decided to make use of one of the tools he created to track all that data: Daytum. It might be old news now, considering he’s moved on from Daytum, but it’s taken a while for the type of data I’ve been tracking to reveal something, hence the late-to-the party post. I started obsessively keeping track of all of my music purchases via Daytum mostly just to keep tabs on myself – to make sure I was in fact supporting artists like I claimed I was.

The Dark Side of the Lens Do yourself a favor and watch this video right now. It’s filled to the brim with absolutely breathtaking shots — so many that I can’t believe they were taken all by the same team. The Planet Earth folks need to hire this guy RIGHT away. 5 situations where it's better to tell than show in your fiction Good stuff; thanks for the article, and I agree with most of it. I think I disagree, though, at least partly, with your point near the end about the emotional/psychological stuff; I think that a lot of the time that's exactly what "show, don't tell" is meant to be all about. For example, if your character is tired, you can say "She was tired."

Cameron Moll / Designer, Speaker, Author 11 years ago published 14 September 2016 This month marks 11 years of connecting companies & talent through a little thing that started as a blog sidebar. 201 Ways to Arouse Your Creativity Arouse your creativity Electric flesh-arrows … traversing the body. A rainbow of color strikes the eyelids. A foam of music falls over the ears. It is the gong of the orgasm. ~ Anais Nin About Vision We believe that through creative and critical engagement with practices in art and technology people are inspired and enabled to become active co-creators of their cultures and societies. Why now? How to Make Non-Obnoxious Alphabet Magnets Okay, okay. Non-obnoxious isn’t a word. But neither is unobnoxious. Not really, anyway. I’ve come to embrace this part of my life where I have a baby and a toddler.