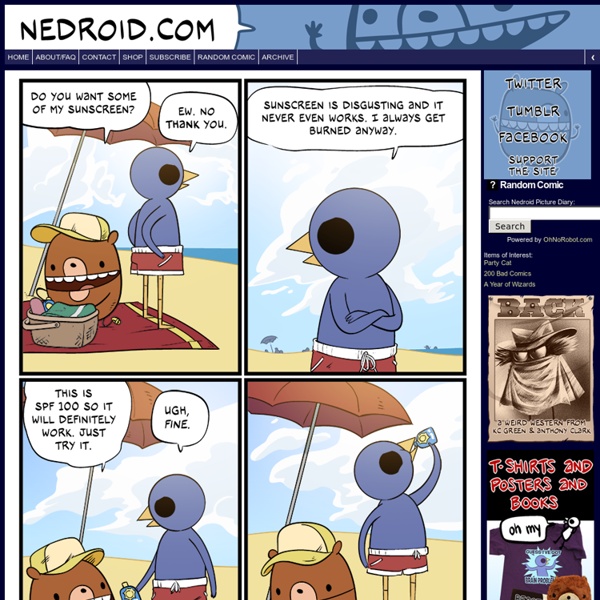 Anti Joke What are Antijokes? Anti Jokes (or Anti Humor) is a type of comedy in which the uses is set up to expect a typical joke setup however the joke ends with such anticlimax that it becomes funny in its own right. The lack of punchline is the punchline. We’ve just released huge update to the iOS app! Now, access all your favorite text and photo sites like Anti-Joke, DIYLOL! MS Paint Adventures introdoucing, 20104............ the NEWD YEAR Gigapause status: STILL GIGAPAUSED. It's almost over, right? Um, no, sorry. Aron Draws Hi there, and thank you so very much! The internet is pretty dang amazing. I first met my best friend Kyle online, and he taught me a whole lot!

MS Paint Adventures introdoucing, 20104............ the NEWD YEAR Gigapause status: STILL GIGAPAUSED. It's almost over, right? Um, no, sorry. I still have no time estimate, or specific date I am shooting for. 4/13 would be the COOLEST date to shoot for, right? I doubt that's realistic though.

Comics - Announcing Hiatus. 26 Jan 2012 11:00 am Average Rating: Rate this Comic: SpoonFace , Meg Park - Sketch Blog I really wanted to include more jungle creatures in my student film. Unfortunately, massive time constraints and the fact that the story didn't really call for it meant that I had to scrap the idea. Maybe this is what they could've looked like!

SUBNORMALITY! All content copyright Winston Rowntree, 2015. Museum previously seen here and then here. Miegakure: A puzzle-platforming game in four dimensions Miegakure is a platform game where you navigate a four-dimensional world to perform miraculous feats and solve puzzles. Miegakure is a puzzle-platforming game that lets you explore and interact with a four-dimensional world. The fourth dimension in this game works just like the first three: it is a mathematical generalization.