Scientists made a detailed “roadmap” for meeting the Paris climate goals. It’s eye-opening. We're Pushing Nature's Network Architecture To A Catastrophic Crash. Scientists tell us that the world is ending, but when you look around, things don’t seem so bad! 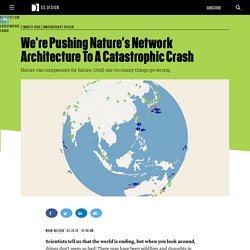 There may have been wildfires and droughts in California, sure, but Whole Foods still has my avocados, orange juice, and almonds. Maybe life, to paraphrase Jeff Goldblum, will just "find a way" no matter what we do to it. It’s a nice thought, until you watch Network Earth—and realize that in nature, things tend to get only a little bit bad before, suddenly, the whole system collapses. Based upon an esoterically titled research paper Universal resilience patterns in complex networks, Network Earth is a five-minute data visualization by Mauro Martino, head of the Cognitive Visualization Lab for IBM Watson, and Jianxi Gao, a researcher at Northeastern University. Tom Goreau presentation: Paris COP-21 12/2015 United Nations Framework Convention on Climate Change. 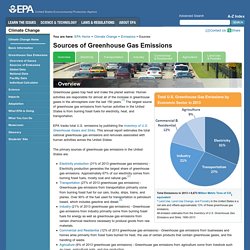 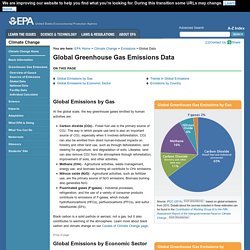 Radical Carbon Offsetting: A New idea To Finance Climate Action. New material captures carbon at half the energy cost. UC Berkeley chemists have made a major leap forward in carbon-capture technology with a material that can efficiently remove carbon from the ambient air of a submarine as readily as from the polluted emissions of a coal-fired power plant. 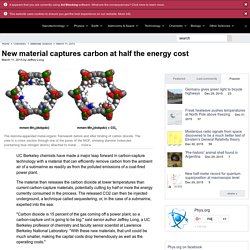 A Simple Way to Cut Coal Plant Carbon Emissions. The same chemical reactions that allow water to carve out caves in limestone could be used to capture carbon dioxide from smokestacks, say researchers at Stanford and the University of California at Santa Cruz. 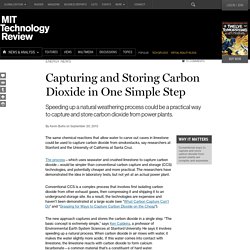 The process—which uses seawater and crushed limestone to capture carbon dioxide—would be simpler than conventional carbon capture and storage (CCS) technologies, and potentially cheaper and more practical. The researchers have demonstrated the idea in laboratory tests, but not yet at an actual power plant. Conventional CCS is a complex process that involves first isolating carbon dioxide from other exhaust gases, then compressing it and shipping it to an underground storage site.

U.N. Report Draws Attention to Unproven Carbon Capture Technologies. A U.N. climate report released on Sunday concludes that there may still be time to limit global warming to an increase of two degrees Celsius or less, which could help the world avoid the worst effects of climate change. 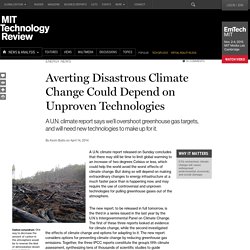 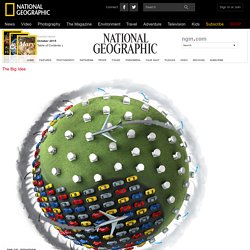 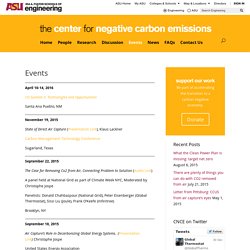 11.19.15 Lackner presentation CMTC conference. Geo-engineering: The radical ideas to combat climate change. Artificial clouds to reflect away sunlight, creating colossal blooms of oceanic algae and the global use of synthetic carbon-neutral transport fuels are just three of the climate transforming technologies in need of urgent investigation, according to leading scientists. 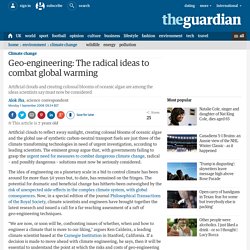 The eminent group argue that, with governments failing to grasp the urgent need for measures to combat dangerous climate change, radical – and possibly dangerous – solutions must now be seriously considered. The idea of engineering on a planetary scale in a bid to control climate has been around for more than 50 years but, to date, has remained on the fringes. The potential for dramatic and beneficial change has hitherto been outweighed by the risk of unexpected side-effects in the complex climate system, with global consequences.

Goks%20Adapt%20or%20Die%20FINAL.pdf. Have We Passed the Point of No Return on Climate Change? Dear EarthTalk: What is the best way to measure how close we are to the dreaded "point of no return" with climate change? 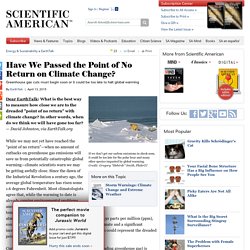 In other words, when do we think we will have gone too far? — David Johnston, via EarthTalk.org While we may not yet have reached the “point of no return”—when no amount of cutbacks on greenhouse gas emissions will save us from potentially catastrophic global warming—climate scientists warn we may be getting awfully close. Since the dawn of the Industrial Revolution a century ago, the average global temperature has risen some 1.6 degrees Fahrenheit.