Use of tense in writing for creative space. THE THING - Storyboard to Film Comparison. A 3D Printed Cast That Can Heal Your Bones 40-80% Faster. It looks like something from the Borg (read, cool), but it’s actually a cast for healing bones. 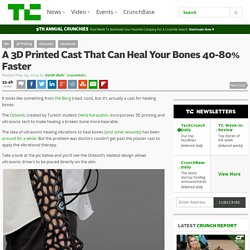 The Osteoid, created by Turkish student Deniz Karasahin, incorporates 3D printing and ultrasonic tech to make healing a broken bone more bearable. NSA 'targets' Tor dark web servers and users. 4 July 2014Last updated at 07:32 ET Scrutiny of the NSA's surveillance was started by whistleblower Edward Snowden The NSA has been targeting the Tor anonymising system to spy on its users, suggests a report. 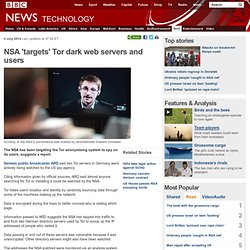 German public broadcaster ARD said two Tor servers in Germany were actively being watched by the US spy agency. Citing information given by official sources, ARD said almost anyone searching for Tor or installing it could be watched by the NSA. Tor hides users' location and identity by randomly bouncing data through some of the machines making up the network. Data is encrypted during the hops to better conceal who is visiting which page. Information passed to ARD suggests the NSA has tapped into traffic to and from two German directory servers used by Tor to scoop up the IP addresses of people who visited it. Data passing in and out of these servers was vulnerable because it was unencrypted. Sites offering several other anonymising and privacy tools were also watched, said the ARD report.

The Venus Project Jacque Fresco. Biomimicry. Robot hand and arm gets official approval. 12 May 2014Last updated at 06:32 ET WATCH: A volunteer puts the device to the test - Footage courtesy of Darpa A robot arm capable of picking up delicate objects has been approved for use by US medical authorities. 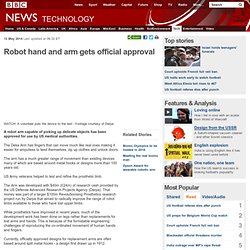 The Deka Arm has fingers that can move much like real ones making it easier for amputees to feed themselves, zip up clothes and unlock doors. The arm has a much greater range of movement than existing devices many of which are based around metal hooks or designs more than 100 years old. US Army veterans helped to test and refine the prosthetic limb. The Arm was developed with $40m (£24m) of research cash provided by the US Defense Advanced Research Projects Agency (Darpa).

While prosthetics have improved in recent years, much of the development work has been done on legs rather than replacements for lost arms and hands. Currently, officially approved designs for replacement arms are often based around split metal hooks - a design first drawn up in 1912. US aviation authority clarifies model aircraft laws.

30 June 2014Last updated at 08:55 ET According to the FAA, some toy model aircraft are now illegal Hobbyists are concerned new US Federal Aviation Administration guidance classifying first-person-view model aircraft as drones will ground toy planes unless they have a permit. 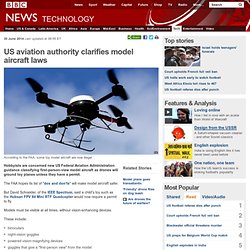 The FAA hopes its list of "dos and don'ts" will make model aircraft safer. But David Schneider, of the IEEE Spectrum, said a child's toy such as the Hubsan FPV X4 Mini RTF Quadcopter would now require a permit to fly. Models must be visible at all times, without vision-enhancing devices. These include: Robot tests on nuclear sites as UK ramps up research. 30 June 2014Last updated at 22:34 ET The UK will copy US Grand Challenges which focus research efforts on tough tasks Robots could soon be roaming over decommissioned nuclear sites and abandoned coal mines in the UK to test their ability to work autonomously. 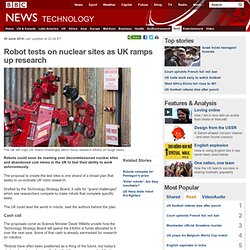 Microsoft OneDrive - Access files anywhere. Create docs with free Office Online. 19-Year-Old Develops Cleanup Array To Remove 7,250,000 Tons Of Plastic From Oceans. Another young creative mind working towards bettering our world. 19-year-old Boyan Slat has revealed his plans to the world regarding his Ocean Cleanup Array that could remove 7,250,000 tons of plastic waste from the world’s oceans. 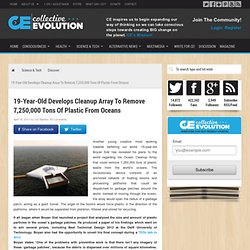 The revolutionary device consists of an anchored network of floating booms and processing platforms that could be dispatched to garbage patches around the world. One Community - A Non-profit and for The Highest Good of All organization creating open source and free-shared blueprints for a global cooperative of sustainable communities, villages, and cities. : One Community. Sustainable Development. Inertly dependant on the system. Architecture. The future. 2020s Technology. The Zeitgeist Movement. Derek Sivers: How to start a movement.

Eco-city Inside a One Kilometer Crater in Siberia. Eco-city 2020 is a proposal for the rehabilitation of the Mirniy industrial zone in Eastern Siberia, Russia designed by the innovative architectural studio AB Elis Ltd. 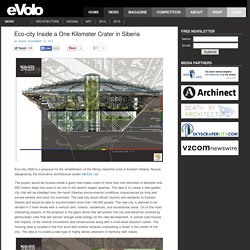 The project would be located inside a giant man-made crater of more than one kilometer in diameter and 550 meters deep that used to be one of the world’s largest quarries. The idea is to create a new garden city that will be shielded from the harsh Siberian environmental conditions characterized by long and severe winters and short hot summers. The new city would attract tourists and residents to Eastern Siberia and would be able to accommodate more than 100,000 people. The new city is planned to be divided in 3 main levels with a vertical farm, forests, residences, and recreational areas. Gorgeous Floating Buildings Around the World.

Related:  One Community - A Non-profit and for The Highest Good of All organization creating open source and free-shared blueprints for a global cooperative of sustainable communities, villages, and cities. : One Community   -  Derek Sivers: How to start a movement   -  Education   -  Enterprise