Erik Rasmussen. The age of the city-state: which cities most dominate their countries? It is frequently cited that more than half of us now live in cities. 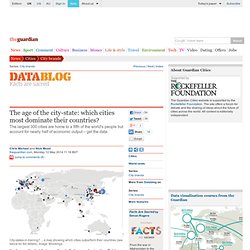 But it might come as more of a surprise to learn that the largest 300 cities, from New York to Guangzhou, account for nearly half (48%) of world economic output ... yet contain only 19% of world population. Some cities are so powerful economically that they dwarf the rest of their country. The number of jobs they house and GDP they generate can account for almost half of their nations' output, if not more. Property in Miami: Erectile resumption. Cuba approves foreign investment law. 29 March 2014Last updated at 15:53 ET The law approved on Saturday was described as "crucial" by President Raul Castro (left) Cuba's National Assembly has unanimously approved a bill aimed at making the Communist-run island more attractive to foreign investors. 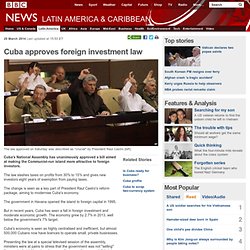 The law slashes taxes on profits from 30% to 15% and gives new investors eight years of exemption from paying taxes. The Crimea of Russia's imagination. 17 March 2014Last updated at 20:11 ET By Ruth Maclennan Artist "Meteor shower of memories" is inscribed on this neoclassical belvedere The people of Crimea have voted to become part of Russia in a bitterly disputed referendum. It's a region that has huge significance in the Russian psyche. Why? Viewpoint: Does Singapore deserve its 'miserable' tag? 14 March 2014Last updated at 16:43 ET By Charlotte Ashton Singapore Singapore's reputation as a wealthy, aspirational and hi-tech country ensures it attracts a great deal of foreign talent - so why is it labelled the world's least positive country?

It was Christmas, but as my husband and I waited for our luggage in the shiny arrivals hall of Changi airport, the internet delivered tidings of no joy. "Check this out," posted one friend on my Facebook wall, with a link to a survey of 148 countries in which Singaporeans were revealed to be the least positive people on earth. 'No great demand' to change Australia flag. 12 March 2014Last updated at 01:10 ET Both the Australian (R) and New Zealand (L) flags feature the Union Jack Australia's foreign minister says there is "no great demand" to change the national flag, a day after New Zealand announced a referendum on the subject. 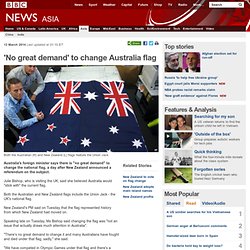 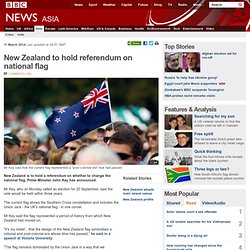 Mr Key, who on Monday called an election for 20 September, said the vote would be held within three years. New Zealand adopts main island names. 9 October 2013Last updated at 23:36 ET New Zealanders can choose which name they want to use, the government says New Zealand has formally adopted names in English and Maori for its two main islands. 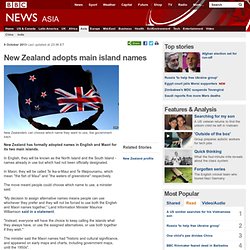 In English, they will be known as the North Island and the South Island - names already in use but which had not been officially designated. In Maori, they will be called Te Ika-a-Maui and Te Waipounamu, which mean ''the fish of Maui'' and ''the waters of greenstone'' respectively. The move meant people could choose which name to use, a minister said. "My decision to assign alternative names means people can use whichever they prefer and they will not be forced to use both the English and Maori names together," Land Information Minister Maurice Williamson said in a statement. Kiruna: How to move a town two miles east. 6 March 2014Last updated at 01:26 GMT By Tabby Kinder Kiruna, Sweden The mine provides jobs and wealth for the town's inhabitants This spring work will begin to move Sweden's northernmost town two miles to the east. 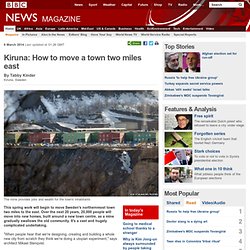 Over the next 20 years, 20,000 people will move into new homes, built around a new town centre, as a mine gradually swallows the old community. Adidas stops sale of 'sexual' Brazil World Cup T-shirts. 25 February 2014Last updated at 17:25 ET Adidas is one of the main sponsors of the World Cup and also its ball providers Sports giant Adidas is suspending the sale of World Cup T-shirts after Brazil's authorities complained they sexualised the country's image.

One read "Looking to score? " next to a scantily-dressed woman; another printed a heart shaped like a bikini-clad bottom with the phrase "I love Brazil". Brazil's tourism board, Embratur, says it is vehemently against any products that link Brazil's image to sex appeal. North Korea opens first ski resort. Robert Redford reflects on 30 years of Sundance. 20 January 2014Last updated at 18:31 ET By Emma Jones Entertainment reporter, BBC News Thirty years ago, movie star Robert Redford decided to create a film festival to promote America's fledgling independent film industry. 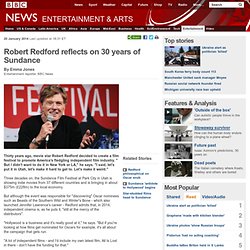 " But I didn't want to do it in New York or LA," he says. Whatever happened to the happiness agenda? 16 January 2014Last updated at 06:49 ET By Brian Wheeler Political reporter, BBC News Long ago, before recession, before austerity, before the coalition, David Cameron had a dream. 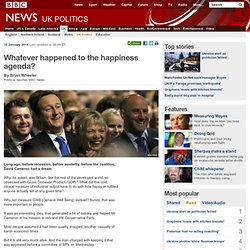 Why, he asked, was Britain, like the rest of the developed world, so obsessed with Gross Domestic Product (GDP)? What did this cold, clinical measure of industrial output have to do with how happy or fulfilled anyone actually felt at any given time? Why not measure GWB (General Well Being) instead? Surely, that was more important to people. It was an interesting idea, that generated a bit of debate and helped Mr Cameron in his mission to rebrand the Conservative Party. London Pride. 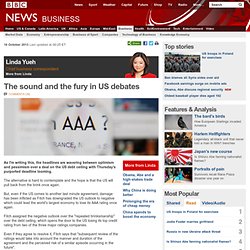 Tomorrow's cities: Sensor networks for the elderly. 15 September 2013Last updated at 20:02 ET By Jane Wakefield Technology reporter Watch: How the technology helps people live with Alzheimer's in the home Helge and Kari Farsund, who live in Oslo, Norway, have been a couple for 50 years. Mr Farsund worked as an engineer, while his wife was an intensive-care nurse, at one point serving with the Red Cross in Rwanda, helping victims of the violent war in that country. Is Great Britain really a 'small island'? Iran's foreign ministry struggles with online PR. 14 September 2013Last updated at 20:08 ET By Siavash Ardalan BBC Persian Marzieh Afkham and Mohammad Zarif are realising the power of social media A hardline backlash always looms large over any attempt by a new government in Tehran to present itself as one that the West can talk to.

President Hassan Rouhani has already found that the greatest challenge to public diplomacy is an apparent lack of discipline, rather than a lack of influential allies or favourable laws in a country where Facebook and other social networks are banned but not illegal. From conducting diplomacy via Twitter to appointing its first female spokesperson, the foreign ministry has not shown a particular aptitude for online PR. This is important for Mr Rouhani because he has convinced the Supreme Leader, Ayatollah Ali Khamenei, to allow the foreign ministry to take charge of negotiations with the international community over its nuclear programme, starting in New York later this month.

Unofficial accounts. Is the Nation-State Dying? - The Chronicle Review. By Alan Wolfe It would be difficult to find two books as similar as Metamorphoses of the City and If Mayors Ruled the World. Both argue that the city is the best form of government, finding this truth embodied in the political philosophy of the ancient Greeks. Both are steeped in the thoughts of political philosophers such as Machiavelli, Hobbes, and Rousseau. And both proclaim that the nation-state, which is the primary form of political organization in modern society, is on its last legs. It would also be difficult to find two authors as dissimilar as Pierre Manent, a political philosopher at the École des Hautes Études en Sciences Sociales, in Paris, and Benjamin R.

A documentary by Canadian filmmaker Jason Bourque explores how the former South African President, who has died at the age of 95, used song as a powerful weapon against apartheid. Nelson Mandela once said: "Music is a great blessing. How do people who change gender choose a name? Abraham Maslow and the pyramid that beguiled business.